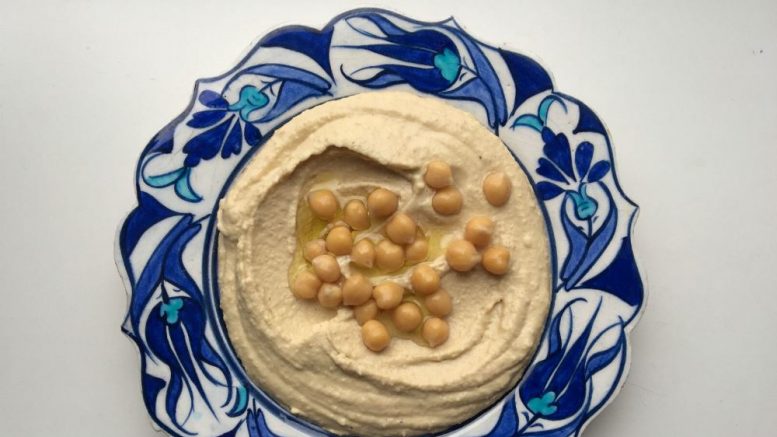 This article originally appeared on The Nosher.

The 2010s saw chickpeas rise to fame in the manner that G-d always intended.

The king of chickpea dishes, hummus, turned from a hippy health food to a fridge staple. This was great in terms of accessibility, but not so great for preserving the authenticity of the dish. I’ve said it once, I’ll say it a thousand times: Hummus is not a catch-all term for dip. It means “chickpea” in Arabic, so if a product contains little-to-no chickpeas and too many other funky ingredients (edamame, pumpkin, and beetroot come to mind), it is not hummus.

As for dessert hummus, which strutted into American supermarkets in the latter part of the decade with flavors like chocolate, snickerdoodle, and vanilla bean, I don’t know how to feel. Let’s rename it chickpea pudding and agree that it’s actually kind of tasty.

Dessert hummus was not the only chickpea-based snack to enter our lives this decade. Riding the wave of the “healthy snack” came Rule Breaker brownies — a deliciously dense chocolatey treat, and Hippeas, puffed chip-like snacks that became a roaring success in the United States and abroad, and are now stocked at Whole Foods. If you can get your hands on the salt and vinegar flavor, you won’t regret it.

Canned chickpeas answered the prayers of vegans and egg-intolerant folk thanks to aquafaba — aka that viscous, slightly funky smelling chickpea brine that whips up just like egg whites. Genius.

If you thought that every possibility to consume chickpeas in every way but their original form had been exhausted, think again! These versatile little beans show no sign of slowing down in 2020. Alongside other hummus abominations, healthy snacks, and aquafaba-based desserts, I predict we’ll see lots more:

Vegans and hipsters around the world, rejoice! Micah Camden, the brains behind this trend, has announced plans to significantly expand his Portland-based chickpea ice cream brand, Little Chickpea. It won’t be long until its eight flavors, which include cherry chai and mint matcha, find their way to Los Angeles, New York, and beyond. Each flavor is free of dairy, nuts, soy, and gluten.

We have enough flavors for every day of the week (plus one)! Just another reason to add chickpea ice cream to your daily diet. ? #littlebeanpdx

We live in the age of nut milks, so it was only a matter of time before chickpea milk became a thing. Chickpeas produce a thick, neutral tasting milk with numerous benefits over other nondairy offerings: They’re basically free of unsaturated fats, unlike coconut milk, and don’t have the environmental stigma or health concerns related to almond and soy milks. Plus, they’re a cheap base ingredient.

This stuff is ready to hit the market, thanks to Israeli startup InnovoPro, which has raised nearly $5 million in funding. It’s also pretty easy to make at home.

ChickP, another Israeli startup, is currently working on a chickpea protein that can act as a base for chickpea milks, an egg substitute, or a dairy-free butter, among other things. They seem pretty confident in its marketability, predicting revenue of $300 million by 2025. Watch this space.

Though chickpea flour typically doesn’t get a lot of love, don’t underestimate its powers as a substitute for all-purpose flour. It’s gluten-free and packed full of protein. Test its superior binding powers for yourself in our chickpea and onion fritters recipe.

Looking for more chickpea recipes to experience the multipurpose wonder that is this little bean?

Or make the most of Middle Eastern flavors with this easy, yet totally satisfying, chicken, cauliflower, and chickpea sheet pan dinner, taken up a notch with za’atar.