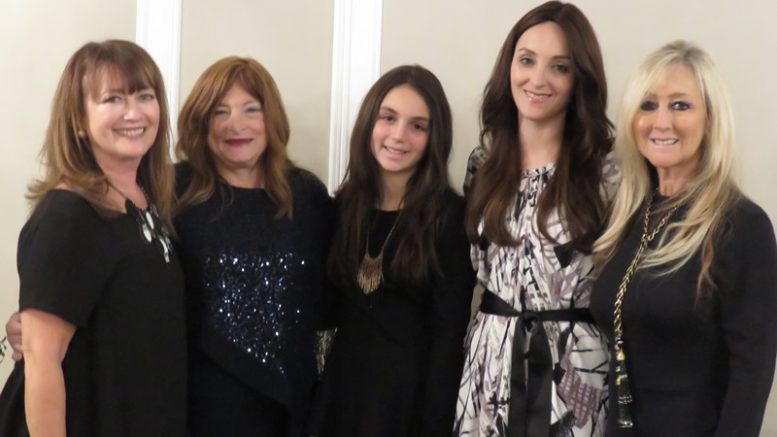 Leah Goldford and family members enjoyed the Crown of Creation gala held at Fantasyland Hotel in Edmonton on September 2018. Leah and Clarice Switzer were honourees. 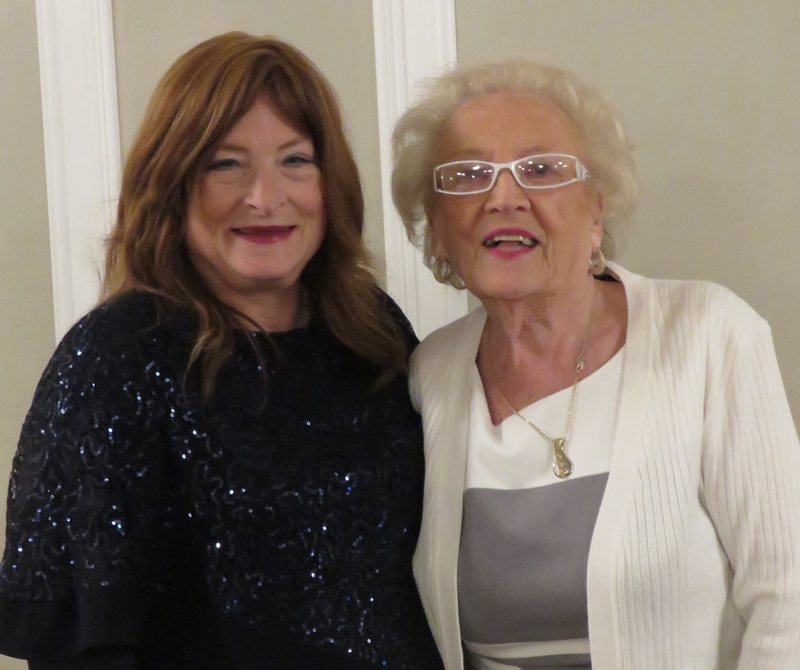 Leah Goldford and Clarice Switzer were honourees at the Crown of Chabad Gala held in September.

(EJNews) – Leah Goldford and Clarice Haika Switzer were honoured last month at a Chabad of Edmonton, Crown of Creation Women’s Gala held at the Fantasyland Hotel. They were honoured for their kindness and dedicated service to the Jewish community in Edmonton.

Leah explained how the two were connected. She said, “I’m so proud to be sharing this podium with Clarice.  You may not know that she was my angel for most of my life. Even today she calls me every morning at 10 to check in and make sure I’m ok. She is always there when I need an ear.”

Clarice too spoke about how much Leah means to her and how helpful Leah has been in her life.

Leah has been one of the unsung heroes in the Jewish community. She was born here in Edmonton in 1954 and thanks to her mother, Ricky Furman z”l, she was raised in a shomer Shabbat and kosher home. The single biggest influence in her life was her grandmother who moved in with the family in 1964.  For the next four years, Leah was her grandmother’s constant companion, aid and caregiver, a tall bill for a pre-teen but very rewarding and life affirming.  It was those years that helped Leah learn to love davening and Yiddishkeit, music, theatre and arts.

Throughout her life, Leah was guided by her spirituality. She was a victim of bullying in her early years but with the help and love of “angels” in her life, she was able to develop a kind heart, strong faith, a sense of empowerment and leadership skills.

Leah left Edmonton after High School to study at York University where she received her BA.  Returning to Edmonton she did her Education degree and M. ED. She suffered from ill health and challenging living conditions during those years but each time, her faith and spirituality helped her thrive. Leah moved to Calgary in 1980 and the next years were filled with “interesting work and people, challenging activities, event planning and lots of misadventures.”  All that would change one Yom Kippur break fast, when she met her husband to be, “her bashert,” Howard Goldford.

According to Leah, they met and married “in lighting pace fashion.” In December of 1983, they moved to Edmonton.  Howard was to be in-house counsel for Triple Five Corporation and Leah would begin the role she loves the most, building a family, with the birth of her daughter Carla.  She was soon followed by Mitchell, Shannon, Elliot and Nathan. Becoming a family meant creating community, and since then they have been vital members of the Edmonton Jewish Community. Many institutions have benefited from their ‘dedication and their desire to enhance the Jewish environment for all members of the community. Together they helped launch several of our newest institutions, changing the landscape of the community forever.

Leah wasted no time in becoming a community advocate and activist. When there was no programming for their 2-year-old daughter, she and cousin Marla Edelson spearheaded the Shalom Playschool at the Edmonton Jewish Community Centre. She too became active in the Edmonton Beth Israel Synagogue, creating the Leanne Palylyk Memorial Library, chairing and organizing the first Jewish Women’s Conference west of Winnipeg, becoming President of the Beth Israel Young Sisterhood and even editing and writing the Beth Israel Synagogue newsletter.

Both Leah and Howard were part of the founding committee of the Edmonton Jewish News in 1990.  Leah wrote several of the initial columns for the newspaper and was contributing Editor. When the second wave of immigration from the former Soviet Union began, she became Acculturation Coordinator for the Jewish Federation of Edmonton and Jewish Family Services.

When it came time to rebuild Torah Observance in the community, they facilitated the Chabad of Edmonton, picking up a young Rabbi Drelich in a blinding blizzard. In addition to all the various fundraisers and community events she has volunteered in and chaired, Leah has provided Dvar Torahs at various times during the last 35 years, and always welcomes involvement at any level when it comes to promoting knowledge of Judaism and encouraging observance.

As founding members of Edmonton Menorah Academy, Leah did everything from interviewing prospective teachers, lunchroom supervision, setting up a library to publicizing the new school. Today she and Howard, co-manage the Menorah casino. For the last 25 years Leah has been President of Edmonton Emunah Mizrachi.  In 2008 she co-chaired the very successful Women of Valour Gala raising over $250,000 for women and children here and in Israel.

Leah is thankful to her family and all the many people she has worked with in the Jewish community. She said, “We have such an amazing community with such huge potential… I am eternally blessed by my friendship with the Ghermezian family. We have all benefitted from their benevolence, none more than me.  I thank Hashem for allowing me to have their friendship and support for the past 36 years.”

Throughout all of this, she has managed to make her house a central hub for anyone coming into the city whether as a tourist, a new resident or a transient in need of a good kosher meal, a place to put their head and a warm friendly smile. “I am most proud of my life with Howard and our 5 talented and wonderful children, their spouses and their growing families. Nothing I have ever accomplished is as important or satisfying or fulfilling as being surrounded by them all at the Shabbos and Yom Tov table.”

Leah offers this advice to community members. She said, “Don’t look beyond at what might be or could be, don’t set unreasonable goals.  Discover what it means to walk with Hashem, surrounded, affirmed, and loved, for I know that I have been chosen to live, to love and to contribute and you should know it too. Together we can build a Makom Torah, here in Edmonton.”