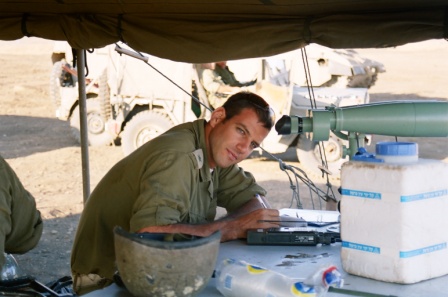 Lt. Colonel Alon Vollozny is one of the brave Israeli soldiers who will be in attendance

As for the last five thousand years, Jews have gotten accustomed to fighting for their life and then rejoicing at the prospect of the future. Hope and celebration are never far behind tears and sorrow. Jewish essence is intertwined and nurtured by this very important survival tactic we all know too well.

The events of last summer in Israel had all of us deeply disturbed. Israelis running for shelter to the piercing sounds of the never-ending sirens, underground tunnels dug to cause mass slaughter, and more than 3700 rockets fired at Israel from Gaza was part of Jewish conversation everywhere around the world. Israel was fighting for survival yet again. Seventy killed and more than 700 defenders of Eretz Israel were left wounded for life. 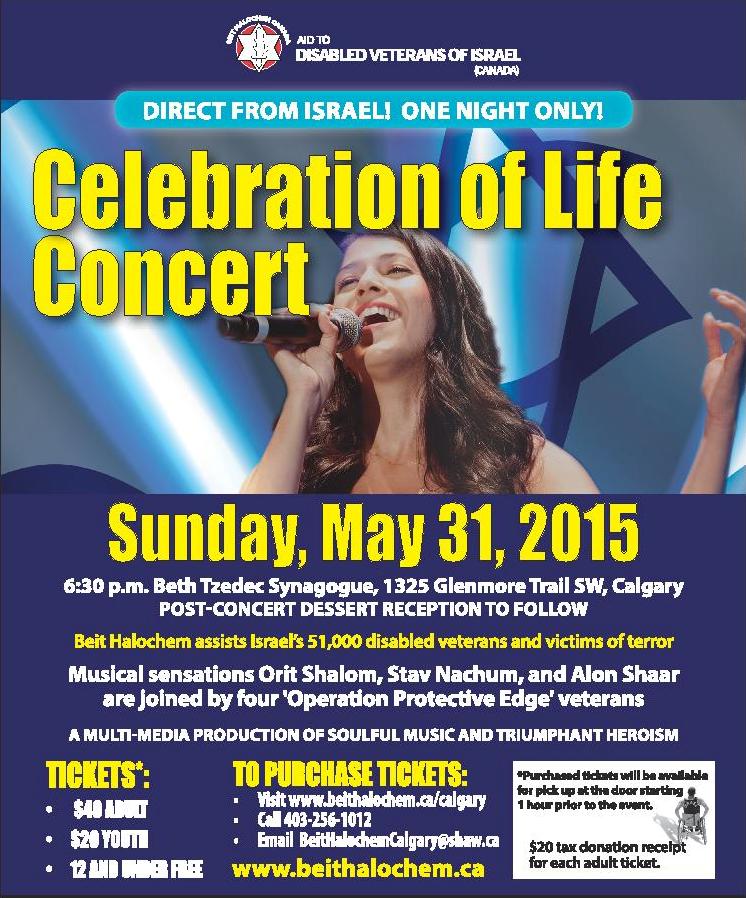 Israel and the Jewish people have another important survival tactic no other country has in the world.  It goes by the name of Beit Halochem, Aid to Disabled Veterans of Israel. No other country in the world takes care of their defenders like Israel. Five state-of-the-art rehabilitation centers provide all the necessary care for physical and emotional rehabilitation to each and every wounded soldier for life. The funds necessary to sustain these impressive facilities which employ the best medical professionals and most current medical equipment, come, in large part, from the diaspora. Canada, in particular. For decades now, Beit Halochem Canada, Aid to Disabled Veterans of Israel has been instrumental in its support of these lifelines we know as Beit Halochem Tel Aviv, Beit Halochem Jerusalem, Beit Halochem Beer Sheva, Beit Halochem Haifa, and Beit Kay Nahariya. A sixth, much needed center, is now in construction in Ashdod. As a result of Operation Protective Edge and the tragic events of last summer, more than 750 newly wounded are now the new lifetime members of Beit Halochem.

On May 31st, Israelis will do what they do what they do best. They will celebrate life and live in the moment. And we will follow their queue as our innate survival instinct requires of us. Once again, we will come together at the Beth Tzedec Synagogue to honor the veterans of Operation Protective Edge in a multi-media concert called Celebration of Life. For the 6th annual year, we will sing along, dance along and clap along the familiar tunes being soulfully and passionately delivered from the Beth Tzedec bimah. We will once again try to break down the sanctuary doors as more than 900 of us try to get to the best seats and we will once again be up on our feet for all the standing ovations. A steady Calgary tradition that all of us look forward to.

This year, Celebration of Life welcomes four sensational entertainers, Israel’s shining stars. Orit Shalom, Stav Nachum, Alon Shaar and Tamir Leibovuch. Orit collaborates with top Israeli artists, Stav is a producer/singer/drummer who served in an IDF band, Alon is a lead singer for a band called The Choice and Tamir a piano sensation.

This upcoming long weekend in May, Calgary will once again partner up with Vancouver to host eight Israeli veterans, members of Beit Halochem. Eight Calgary families are opening their homes and hearts to these heroic defenders of Israel as they will visit the attractions around the Calgary/Banff area. The veterans will arrive in Vancouver prior to Calgary.

Be the first to comment on "Celebration of Life concert in Calgary will honour Israeli veterans: May 31"