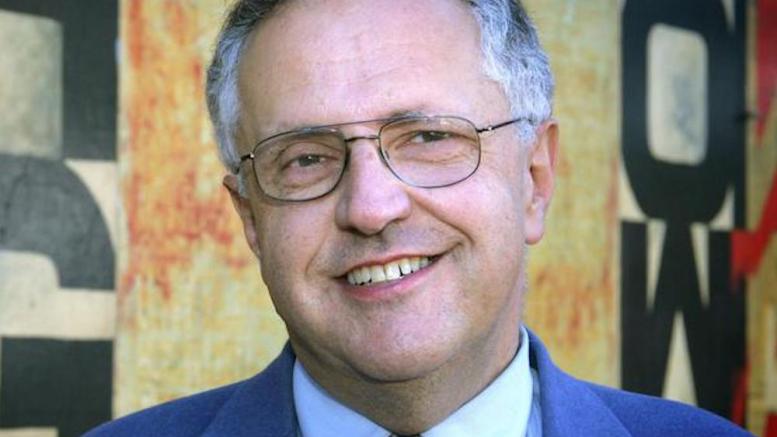 By Irwin Block (The Senior Times – Montreal) – The “enemy” ravaging the world and taking its heaviest toll among seniors is a tiny organism called a virus.

To help understand the nature of the threat, we spoke to William I. Newman (ed note: Edmonton Talmud Torah alum), a multi-dimensional Canadian-born scientist, and professor of Earth, Planetary, and Space Sciences, Physics and Astronomy, and Mathematics at UCLA.

His published research includes mathematical modeling and statistical analysis that is applicable to epidemiology. While he does not perform laboratory-based research in that field, he has been following closely some of the science that is essential in tracking what is known as the SARS-CoV-2 virus, the COVID-19 disease it causes, and efforts to control its propagation.

He urges you to keep up to date using authoritative health sources and that you exercise caution when pursuing other information sources.

The nature of the beast

“Viruses are a kingdom, from a biological perspective, onto their own,” Newman said in a recent phone interview. “They are extraordinarily primitive in their structure. They’re based on RNA (ribonucleic acid) and very likely the first life on earth had that – a very complex molecule that is much less complicated than DNA, and is part of most viruses.”

But once they enter the body, they can wreak havoc, as the novel Coronavirus COVID-19 is doing.

“Because they are so primitive, the moment in which they are most successful is when they physically attach themselves to ordinary cells,” he said. “The coronavirus attaches itself to ACE2, molecules in the respiratory tract, and uses that to infect human cells, including our lungs and, evidently, other organs. Its spherical shape helps maximize its ability to consume resources and it has those grappling hook-like appendages – hence the name corona, Latin for crown – and they attach themselves readily to human lung cells.

“Once they have made that contact, they are hooked on and they will penetrate. Once they enter the cell they will cannibalize all of its resources, effectively consuming everything inside the cell’s membrane. They start to multiply and convert most of it into viruses.

“They enter the upper respiratory and gastrointestinal tract of mammals and birds, and by compromising especially our pulmonary system, people could die.”

That is why “vigorous” washing of hands is so important – “it loosely speaking prevents the grappling hooks of the coronavirus from attaching to the skin. If you don’t get it on your hands, and hence your face and into your air stream, you can prevent contracting it.”

How is COVID-19 different?

COVID-19 is the latest of several viruses, but its epidemiology seems to be rather different, Newman observed. In the SARS (severe acute respiratory syndrome) virus, as the lungs were attacked, people were symptomatic almost immediately, and they would instantly withdraw from society and had to be hospitalized very quickly in order to survive. They were not mixing with the public. The MERS (Middle East Respiratory Syndrome) virus was similar, he said.

“The onset of symptoms was very fast, and being able to contain the spread of the disease by identifying the infection very quickly was one of the key ingredients in stopping its spread. With COVID-19, Newman expressed concern that there is a significant degree of mutation possible “that is going to have major consequences” presenting a major challenge in developing a vaccine that can control the virus.”

For example, once it entered the market the flu vaccine was only partly helpful because the virus had mutated. But the vaccine against smallpox has been so effective that people for about the past 40 years are no longer being inoculated.

(The World Health Organization in mid-April said three potential vaccines for COVID-19 were in early-stage testing, but timelines for when a vaccine becomes widely available are widely reported to be 12 to 18 months away.)

The situation continues to evolve with large numbers of agencies and pharmaceutical companies searching to create vaccines and disease treatments, but all of this takes substantial time.

Why it will take a long time to control it

Newman cited an observation by German president Angela Merkel, who has a doctorate in quantum chemistry, that since humans have no immunity to this virus, the only ways to combat it are in developing immunity by contracting it and recovering or getting a vaccine. While some experts estimate that 40 to 70 per cent of those who contract the disease are asymptomatic, the only way to find out exactly how many have it is to test everyone.

Of those who do contract the disease and have symptoms, 80 per cent will find it is very much like an upper respiratory tract infection, a nasty cold, and get over it, but nearly 20 per cent of that portion will have to be admitted to hospital and survival rates are not especially good once it’s critical, Newman said.

“We have to be under perpetual guard and it’s going to take quite a long time to get this under control. Until an effective vaccine is developed and becomes universal, it will continue to be out of control.”

Self-distancing must be continued, he stressed.

“Self distancing is controlling the rate of people being infected from contact with carriers of the virus. Flattening the curve refers to the rate at which people who are infected is brought down to the rate at which infected people recover. The disease is still present but hospitals hopefully at that level are able to manage patient care.”

The problem with that prospect is that seniors are at greater risk, in part because the lungs of people over 65 are not as resilient. And there are other risk factors.

“We have to remain extremely vigilant about our social activity and if both the susceptible and the infected are wearing masks Continued from page 3 and they remain at a distance of six feet or two metres or more, the likelihood of communicating the disease from the infected individual to the susceptible is kept down.”

Premature resumption of social activity, such as re-opening of casinos in Las Vegas or beaches in Georgia and Florida, “is going to have a horrible outcome,” he warned.

“Of about 7.5 billion people in the world, over 2 billion go to bed each night without access to potable water, or water that they can use for daily hygiene. Without access to clean water, measures to help prevent the spread of COVID-19 can be very ineffectual. If the inability to maintain good hygiene with clean water is compromised, that is a very real concern.”

He recalled that in the aftermath of the Haitian earthquake in 2010, over 100,000 people died initially from the impact of the earthquake, but over 200,000 died thereafter as a consequence of cholera and other diseases from a contaminated water supply and in adequate sewage control. The entire infrastructure for the supply of water was destroyed.

“Cultural influences, whether we’re talking about West African rituals concerning the passage of loved ones, or the lunacy that seems to be pervasive in Las Vegas (talk of reopening shuttered casinos) could have a horrific effect.”

There are similar risks in big cities like Montreal and New York where many areas have high population densities. With inadequate hospital care available in developing countries, a significant fraction of the ten percent of the population that gets substantial cases of it may not be treatable. And a few percent of those even with ventilators will succumb.

“In large segments of the globe this virus will have a major impact, and closing borders is immoral.”

Who’s ahead, who’s behind, who’s insane

“We have to deal with COVID19, and we will get through this, but the question is how readily and how much we’ll be impacted. You have to be proactive, be on the lookout, and when a threat emerges you have to take effective action. And that opportunity was lost here in the U.S., it was lost in the UK – the rate of increase in both countries was tremendous. Italy was slow to respond and is doing a much better job, as are Spain and France.”

“We have the spectre now that the U.S. has the highest number of known cases in the world.”

“Mr. Trudeau has taken appropriate measures and thank goodness he and the premiers are working together rather than being at loggerheads to promote their re-election.”

“I am flabbergasted to see medical experts such as Dr. Anthony Fauci (head of the National Institute of Allergy and Infectious Diseases) being put down by President Trump, who has his own agenda, at his press briefings.” Newman cited Trump promoting the drug Hydroxychloroquine, with certain antibiotics, that was effective for malaria to treat the COVID-19, when the two diseases have no resemblance and studies show the drug has no benefit.

“In fact it stimulates a significant percentage of individuals to have cardiac arrest – it’s killing people.”

His suggestion at a White House briefing that “an injection inside” the human body with a disinfectant like bleach or Isopropyl alcohol could help combat the virus was universally denounced by health experts.

“The problem is that some people believe the president, not the experts,” Newman said. For those over 70, “it is essential to maintain social distancing,” but it is important for mental health to maintain contact with peers, family members, and friends.

“It’s not as much fun to make a Zoom call, but it’s the next best thing and it presents no risk.”

Will the virus slow global warming? One benefit linked to the pandemic is a localized reduction in air and water pollution, but Newman says this will not dramatically reduce the rate at which we are burning fossil fuels. Even if we stop burning fossil fuels, we still have the problem of getting rid of the greenhouse gases caused by humans in the last two centuries that are in the atmosphere and oceans.

“Climate change won’t be arrested by this and it is already affecting other species. At the same time tropical diseases that are making their way from the sub-tropics north into the U.S. and across the Mediterranean into Europe will have a major impact.

“Climate change is real, it’s going to continue. We’ll have to make a concerted effort to solve this, and the predictions that have been made by scientists carry real weight. “We have seen the effects and we can’t afford to let that go on, if not for our sake, for the sake of our children and our children’s children.”