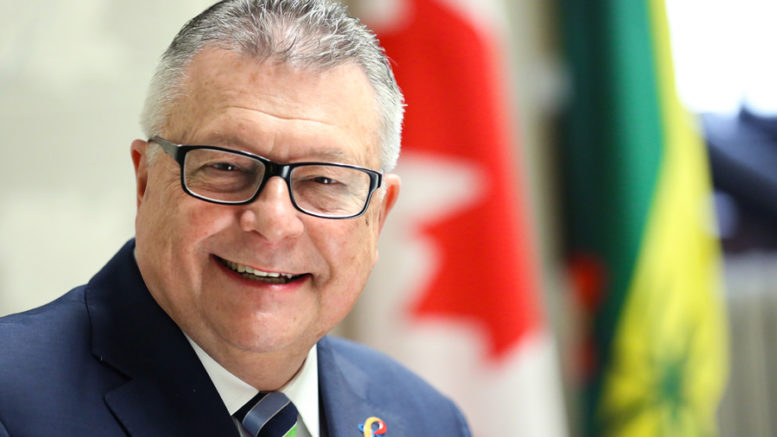 On June 26, Minister of Public Safety Ralph Goodale announced that the Government of Canada will add to its list of terrorist entities three organizations linked to Iran’s Islamic Revolutionary Guards Corps – Qods Force (IRGC-QF), as well as two neo-Nazi groups with a presence in Canada.

Goodale said both groups have “a presence in various places across the country,” and said the government has been examining how to respond to white supremacist groups over the past couple of years.

“There has been accelerating public interest in this regard,” he said. “The government is constrained from commenting any further, but what the listing demonstrates is that these two entities have been thoroughly investigated, that the proper police and security reports have been presented to the government, and the evidence is clear that they fall within (the criteria for a terrorist entity).”

Adding these groups to the list is significant given it allows the government to seize their property, prevent financial institutions from doing business with them, and prosecute those who participate in – or contribute to – their activities.

“We commend the Government of Canada for taking these logical steps to counter terrorism at home and abroad.

“For many years, we have called for actions that send a clear and direct message to Tehran that it will be held to account for past and future sponsorship of terrorist activities. The Iranian regime must also cease its genocidal calls for the destruction of Israel.

“While the vast majority of Canadians reject their toxic ideologies, we cannot be complacent about the presence in Canada of neo-Nazi groups like Blood & Honour and its armed branch Combat 18. White supremacist groups and the vile ideologies that fuel them have enabled deadly atrocities from Pittsburgh to Christchurch. Today’s decision will ensure fewer resources go to their nefarious activities.”