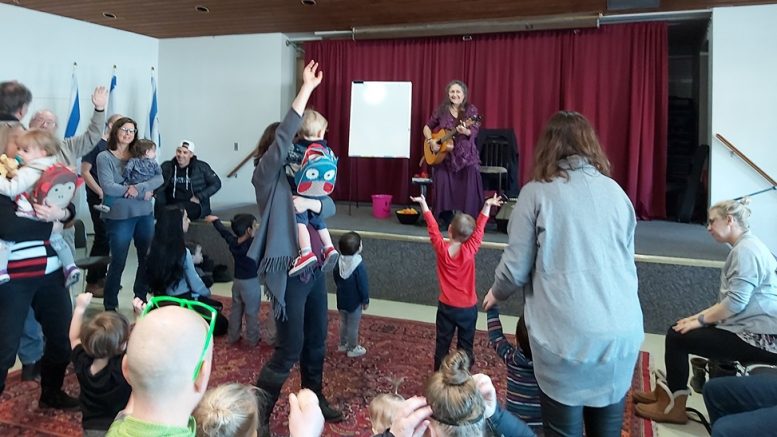 Joanie Calem was in Calgary last month performing for PJ Library families as part of a Jewish Disability Awareness and Inclusion event. Joanie presented “concert conversations” about the complexity of creating inclusive communities that can work for everyone. 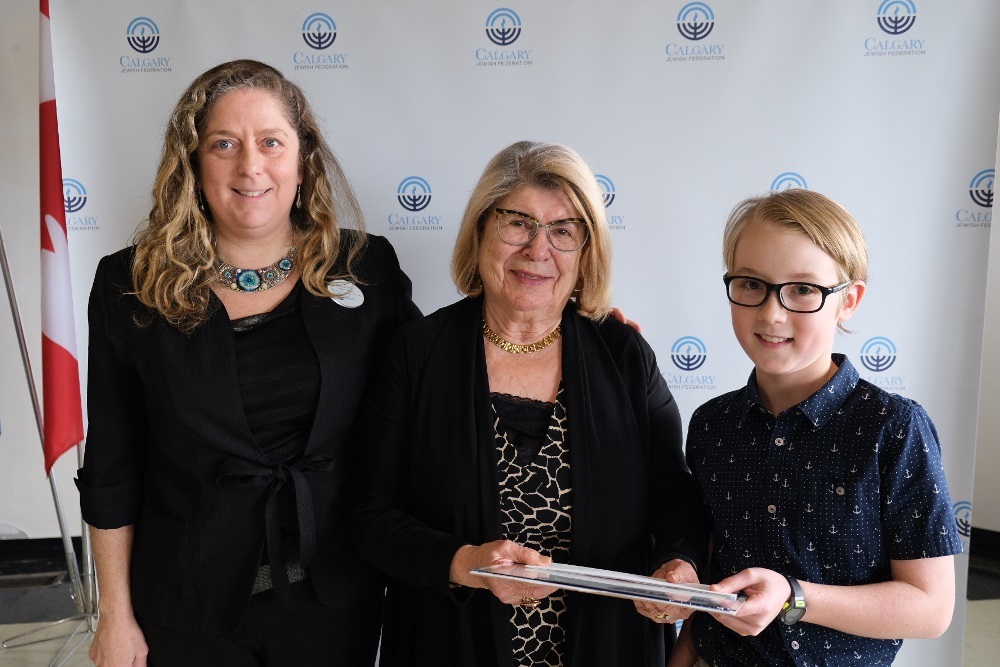 This year, under the capable direction of Inclusion Manager, Karina Szulc, CJF organized two meaningful fun-filled concerts on February 2 with singer/songwriter Joanie Calem, who hails from Columbus, Ohio. Joanie, also a storyteller and Jewish educator, delighted audiences of all ages with a morning concert for PJ Library families and an afternoon concert for the broader Jewish community. Close to 160 people were enraptured by her stories and songs. As a parent of a young adult with autism, Joanie presented “concert conversations” about the complexity of creating inclusive communities that can work for all of our members.

In honour of JDAIM, CJF sponsored an  “Inclusion” essay-writing contest for grades 6-9 students from Halpern Akiva Academy, Calgary Jewish Federation as well as Jewish students from other schools. Students were invited to express their thoughts about disability and how attitudes and actions affect people with disabilities. This idea was largely inspired by a presentation they attended by Shelly Christensen, Jewish inclusion specialist from Minneapolis, who visited Calgary this past December. Eighteen contestants participated. 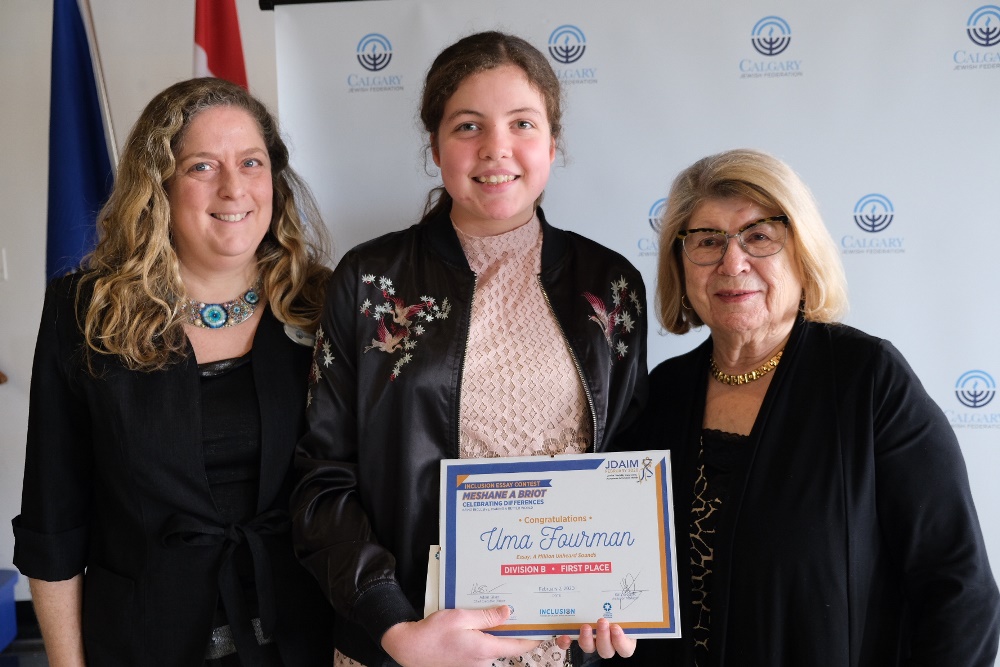 Also launched in February was a unique 10-week Ability Arts Workshop. Held at the JCC and facilitated by the talented artist, Julianna Enciu, this program includes participants of all abilities (also known as reverse inclusion), from age 12 and up and involves all performers acting, singing and dancing in celebration of diversity and ability.

If you are interested in learning more, in participating in future programs, or require assistance with accommodations in order to participate in Jewish community events, please contact Karina Szulc, Inclusion Manager, Calgary Jewish Federation at karinas@jewishcalgary.org or call her at 403-444-3158.

Sandra Morton Weizman chairs the Inclusion Committee and is a board member of the Calgary Jewish Federation.

Be the first to comment on "Calgary celebrates Jewish Disability awareness, acceptance and inclusion"