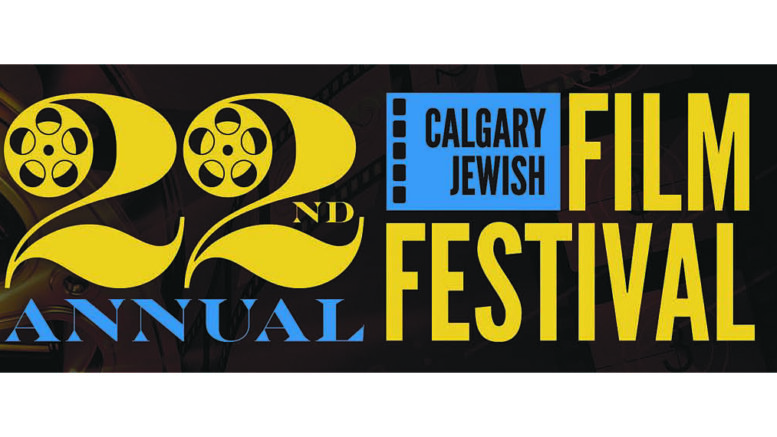 (Calgary) – The 22nd Annual Beth Tzedec Congregation Jewish Film Festival began on November 5 and is once again receiving rave reviews. The festival continues virtually with a wide range of eclectic and engaging films until November 23. Viewers across Alberta are welcome to participate!

Festival Founder and Director Harvey Cyngiser and his committee of 25 have provided a selection of 16 remarkable films – seven features and nine documentaries – that are screening throughout the festival with a 48-hour viewing window for each, allowing viewers flexibility.

Cyngiser worked hard to keep the Film Festival affordable and thanks in large part to dedicated sponsors, a full access pass was $45 while tickets for individual films are $12.

On November 17, Schächten – A Retribution, is an Austrian thriller that sees a young man take justice into his own hands following the acquittal of the Nazi war criminal responsible for the murder of his mother and sister.

Screening on November 19, this year’s Dr. Martha Cohen Memorial film is the highly evocative feature titled Where Life Begins, about a young ultra-Orthodox woman who learns to chart her own path thanks to an encounter that forever changes her life and that of the unlikely friend she makes during her family’s seasonal trip from France to Southern Italy to harvest Etrogim for Sukkot.

The journey of women toward wholeness is featured in several other 2022 Jewish Film Festival selections including Rose by French Director Aurélie Saada, (screening on November 20) which won the Variety Piazza Grande Award at the 2021 Locarno International Film Festival. The title role is brilliantly acted by iconic French film star Françoise Fabian who portrays an aging Jewish widow as she journeys through loss and grief, ultimately choosing to live her golden years to the fullest.

On November 21, On This Happy Note is screening. It’s an acclaimed documentary that chronicles influential Israeli playwright Anat Gov’s acceptance of her own death.

Notably, the documentary is one of three in this year’s lineup that shine a spotlight on Israeli authors.  Films that will be presented in collaboration with the Paperny Family JCC Literary Festival include The Last Chapter of A. B. Yehoshua (on November 16) and The Fourth Window (on November 21) which respectively explore the times and works of acclaimed Israeli authors A. B. Yehoshua (who sadly passed away earlier this year) and the late Amos Oz.

On November 23, final night of the festival,  the Calgary Jewish Film Festival is providing a gift to Alberta viewers with a complimentary night screening of Fiddler’s Journey to the Big Screen, an entertaining and insightful documentary by Oscar-nominated filmmaker Daniel Raim that captures “…the humor and drama of director Norman Jewison’s quest to recreate the lost world of Jewish life in Tsarist Russia and re-envision the beloved stage hit as a wide-screen epic.”

A captivating and feel-good film, Fiddler’s Journey provides humorous and poignant insights into the intersection between Jewison’s professional and personal journeys.

As always, there is something for everyone at the Calgary Jewish Festival; it continues until November 23!

For more information about the Beth Tzedec Congregation Jewish Film Festival, or to purchase your all-access pass or individual films, go to CalgaryJewishFilmFestival.com.

Be the first to comment on "Calgary Beth Tzedec Jewish Film Festival continues until November 23 – Don’t miss out!"