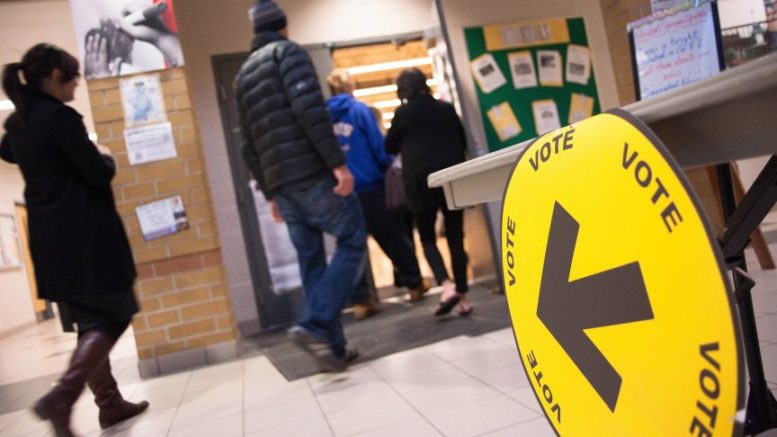 July 23 – The Federal Court of Canada has ordered Chief Electoral Officer Stéphane Perreault to reconsider his decision not to move Election Day from Oct. 21 to Oct. 28, to avoid coinciding with a Jewish holiday.

In a decision rendered on Tuesday afternoon, Justice Ann Marie McDonald found that there was “a lack of evidence on the record to demonstrate that the Chief Electoral Officer undertook the requisite proportionate balancing of the Charter infringements” with the objectives of the Canada Elections Act. She then ordered him to reconsider his decision not to change the election date with “a proportionate balancing of the Charter rights with the statutory mandate.”

In June, Chani Aryeh-Bain and Ira Walfish – the Jewish Conservative nominee for the riding of Eglinton-Lawrence and a Jewish resident of York Centre, respectively – filed suit in Federal Court. They argued that because Oct. 21 overlaps with the Jewish holiday of Shemini Atzeret, on which both voting and campaigning are forbidden for observant Jews, the date should be changed, as explicitly provided for in the Canada Elections Act. Another Conservative candidate, David Tordjman in Mount Royal, would also be disadvantaged by holding the election on Shemini Atzeret, though he was not a party to the lawsuit.

B’nai Brith Canada intervened in the application to support the position that Election Day should be moved. B’nai Brith argued that operational convenience and cost are not compelling justifications for overriding Charter rights and values. On the whole, the arguments made by B’nai Brith and the Applicants were accepted by the Court.

“This is a massive victory for the Canadian Jewish community and the cause of human rights,” said Michael Mostyn, Chief Executive Officer of B’nai Brith Canada. “The right to vote and run for office is one of the most fundamental rights in Canadian society, and the court was right to find that Elections Canada must give them proper consideration.

“We urge the Chief Electoral Officer to act quickly and make the right decision.”

“I hope that the Chief Electoral Officer now moves the election date, allowing me to compete in this election on an equal footing,” stated Aryeh-Bain, the Conservative nominee for Eglinton-Lawrence.

“We fully expect the Chief Electoral Officer to do the right thing and take into consideration the democratic rights of 75,000 Canadians and move the election date,” added Walfish, the other of the two Applicants.

While Elections Canada can theoretically appeal the Federal Court decision, the date of the election must be decided by August 1, so in practice, today’s decision is unlikely to be overturned.

B’nai Brith was the only Jewish organization to have sought or received intervener status in this litigation, and was ably represented by Colin Feasby and Tommy Gelbman of Osler, Hoskin & Harcourt LLP.

Be the first to comment on "BREAKING: Court Strikes Down Elections Canada Decision"