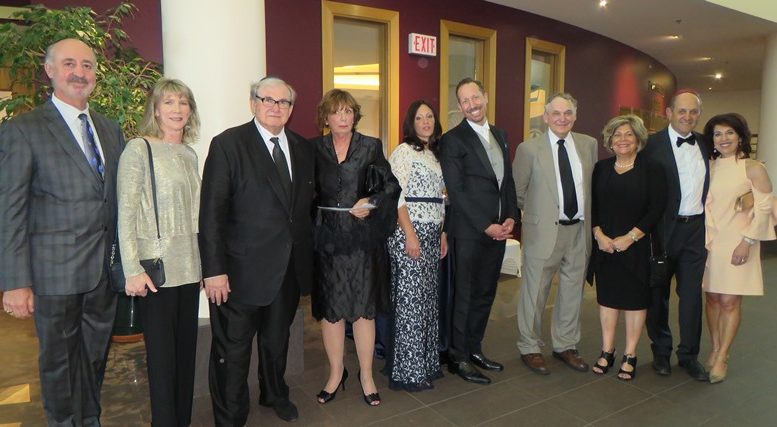 On May 24, the Edmonton Beth Israel Congregation hosted a gala to bid farewell to Rabbi Daniel and Rabbanit Friedman who are moving to London England after serving as spiritual leaders for 16 years in Edmonton. Pictured above: The head table at the farewell gala.

(EJNews) – Beth Israel Congregation hosted a wonderful gala event on May 24 to bid fond farewell to Rabbi Daniel and Rabbanit Batya Friedman who are moving to London England with their family after serving as spiritual leaders at BI for sixteen years.

The Beth Israel Ballroom was beautifully decorated for the occasion and the room was filled with friends, families, members of the congregation and members of the general community – all there to celebrate the accomplishments that the Rabbi and Rabbanit have achieved and to wish them well.

The sentiments were all bittersweet. While everyone there was genuinely excited for the Friedmans to be moving to a new and exciting chapter of their lives, they were also sad to see them leave as they will truly be missed here in Edmonton.

The respect and affection in the room was palpable. It was almost a lovefest! Even Batya quipped emotionally, “This feels like a second wedding.”

The event was emceed by Justice Eric Macklin who delighted the crowd with his humorous (and often irreverent) anecdotes about the Beth Israel Family Shul, the congregants and both the Rabbi and Rabbanit. Peppered with Yiddish phrases he provided much comic relief to the gala program. 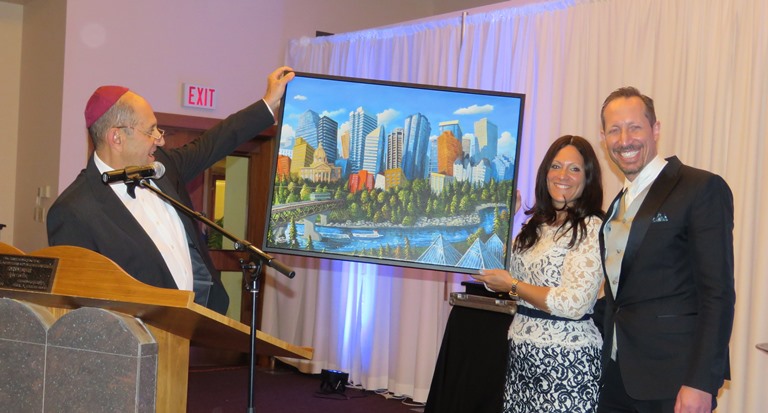 Former BI board president, Dr. Stan Kitay presents a painting of the Edmonton skyline to Rabbi and Rabbanit Friedman.

The evening’s program included remarks from the event co-chairs Laurie Mozeson and Evelyn Schayer, BI President Dr. David Vickar, Jewish Federation of Edmonton vice president Shane Asbell and a Dvar Torah from Lewis Wasel. After a delicious kosher meal prepared by Eddy and Susan Yedgarova, greetings were provided from MP Kelly McCauley, MLA Lorne Dach and Edmonton Mayor Don Iveson, each of whom had a warm personal and professional relationship with both the Rabbi and Rabbanit.

Speaker after speaker extolled the virtues of the Friedmans and thanked them for their many contributions to the lives of the congregants and the fabric of life in the Beth Israel Family Shul community and the Jewish Community in Edmonton.  They were also praised for their efforts in promoting collaborative activities that brought together people from all walks of Jewish life including a wonderful Yom Yerushalayim Program and an exceptional Womens Health Forum that Batya coordinated. 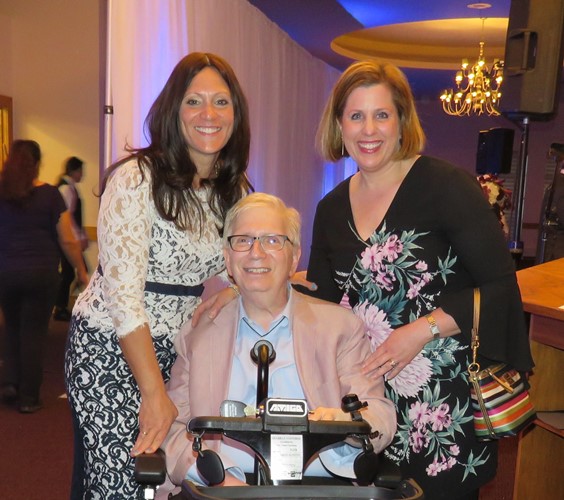 Batya with Hal and Rebecca at the gala.

Their sphere of influence was not confined to the walls of the shul. They have also been outstanding ambassadors for the shul and the Jewish community throughout Edmonton and on both a provincial and national level.  Most notably, Rabbi Friedman was lauded for his work as chairman of the National Holocaust Monument Development Council and as vice president of the Rabbinical Council of America.  The Rabbanit too was commended for her work with the Edmonton Interfaith Housing Initiative and Habitat for Humanity.

Past president Dr. Stan Kitay gave some heartfelt remarks about how special it has been to work alongside the Rabbi and Rabbanit and presented them with a beautiful painting of the Edmonton skyline to ensure that they remember their time here in Edmonton.

The ‘dynamic duo’ then thanked everyone for coming out to the dinner and for being so gracious and welcoming over their sixteen years of service, for giving them room to grow and for being open to new ideas and increased spirituality.
“We’re here to demonstrate our deep love, appreciation, and gratitude to each and every one of you,” said Rabbi Friedman. “You, the people, are the real reason we’ve been here in Edmonton for the last 16 years.  We’ve danced at each other’s simchas, been through challenges and times of tragedy together, we’ve been there for you, and you’ve been there for us.  You are our family.” 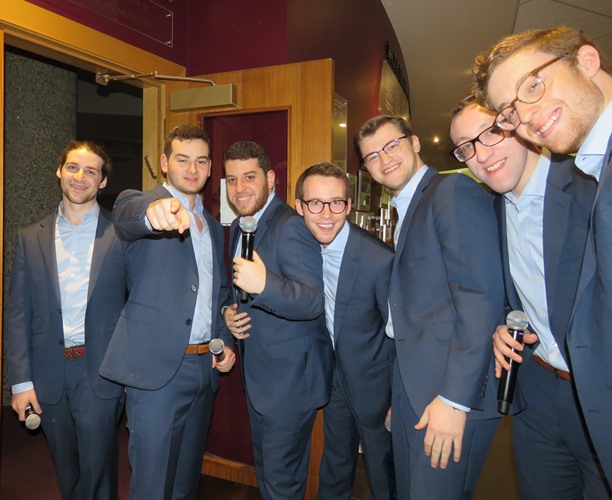 The Y Studs delivered a high energy up-tempo performance that had the crowd clapping and singing along.

“We are very blessed to have been part of this great city, province, and country,” added Rabbanit Batya. “There is something very special about Canada and about Edmontonians.  But none of this would have been possible without the support and assistance of the incredible volunteers in this congregation – our Beth Israel family and you will always have a special place in our hearts.”

The Rabbi and Rabbanit’s remarks were received warmly, with hugs from the head table and with applause and a standing ovation from the crowd.

The event then moved to the sanctuary for an enjoyable performance by the Y-Studs Acapella Group from New York. The ‘Studs’ (short for students) delivered an upbeat and energetic acapella performance of familiar contemporary songs peppered with some liturgical numbers. Their lovely harmonies and beat box vocals had the crowd clapping along and thoroughly entertained. It was a wonderful way to end a very moving gala event.