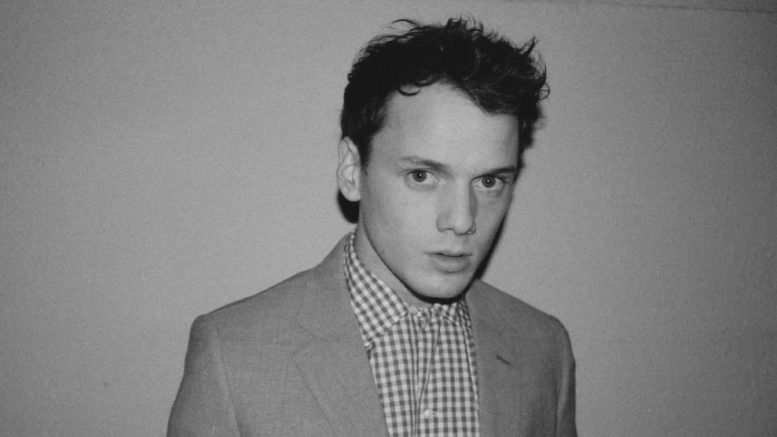 Anton Yelchin was killed by his own car in a freak accident in 2016. (Lurker Films)

(JTA) — When movie star Anton Yelchin was crushed between his Jeep and a brick pillar outside his home in June 2016, the public’s first reaction obviously was shock.

Left in neutral, the vehicle — a model that had been recalled for defects — had rolled down his driveway and pinned him, fatally injuring the 27-year-old Jewish actor.

But Yelchin, a Russian American, soon after was remembered as a respected performer for a prolific career that started when he was just 11 and included nearly 50 films and numerous TV series.

“You were brilliant. You were kind. You were funny as hell … And you weren’t here nearly long enough,” Jewish director J.J. Abrams, who directed Yelchin in two “Star Trek” films, wrote at the time.

“Love, Antosha” — a new documentary about Yelchin’s life that debuts August 9 in New York and later in other cities — covers that and much more. It’s the fascinating story of an actor from an immigrant family who showed remarkable talent from a very early age and spread that talent to various realms, from photography to filmmaking to music.

Through it all, the film makes clear, Yelchin approached his life and work with an uncommon self-awareness — while battling a serious illness that remained hidden from the public, and even from most of his friends, until after his death.

Yelchin was born on March 11, 1989, in Leningrad (now St. Petersburg) in the waning days of the Soviet Union. His parents, Victor and Irina, were pairs figure skaters who performed with the Leningrad Ice Ballet. Seeking opportunity and fleeing the ingrained anti-Semitism of the late Soviet era, the family left for the United States, settling in Los Angeles when the future actor was a baby.

“He was their life,” the documentary’s director, Garret Price, told the Jewish Telegraphic Agency. “They gave up everything for him.”

Yelchin launched his professional acting career when he was barely a teenager on shows such as “E.R.,” “Criminal Minds” and “Law & Order: SVU.” Not long after he crossed over to movies, taking on roles in “The Terminator” and “Star Trek” franchises in 2009, when he was just 20. He mixed that sort of work with indie films such as “Charlie Bartlett,” “Like Crazy” and “Only Lovers Left Alive.”

The film spends a fair amount of time going through Yelchin’s acting career, but there’s more to it: We see Yelchin playing music and making bizarre, avant-garde films. (At one point he played in a punk band called The Hammerheads, and an exhibition of his photographs were shown posthumously last year at a New York gallery.)

“Love, Antosha” even goes into the late actor’s sexual proclivities, which entailed frequent exploration of seedy corners of Los Angeles. Actor Simon Pegg calls him a “dirty bird,” while Jennifer Lawrence tells a hilariously ribald story about the time Yelchin sat next to model Cindy Crawford on a plane (it’s too R-rated for this article).

Yelchin also spent his life secretly battling cystic fibrosis, and the film shows him sharing his worries about the disease with his parents in letters. Price said the condition was such a secret that not even director Drake Doremus, who made “Like Crazy” with Yelchin in the leading role and traveled extensively with the actor to promote it, had any idea.

Yelchin’s parents supplied the filmmakers with numerous photos, letters and home video footage, which they had been archiving since their son’s death.

“They kind of gave me the keys to the kingdom,” said Price, a longtime film editor making his directorial debut.

Yelchin’s letters to his parents, which close with the salutation that is the movie’s title, are read in a distinctive voice: That of Nicolas Cage, who co-starred with Yelchin in the 2014 film “Dying of the Light.”

“Anton loved him, loved working with him and respected him as an actor,” Price said.

Price added that having Cage read the letters was Irina Yelchin’s idea.

“I instinctively latched on to the relationship [Anton] had with his parents, especially his mom … I ultimately ended up framing the whole movie around this relationship,” said Price, who never met Yelchin.

As for his religious background, Price said Yelchin appeared by all accounts to live a relatively secular life, and his parents, who fled religious persecution, “kind of shied away from talking about it” in interviews for the film, according to the director.

Yelchin played a handful of Jewish roles, including that of Zack Mazursky, based on real-life murder victim Nicholas Markowitz, in the 2006 film “Alpha Dog.” He also guest starred in the fourth season of “Curb Your Enthusiasm” as a teenage magician who foils Larry David. (Conversely, he played the son of Mel Gibson in 2011’s “The Beaver,” a dramatic comedy that was seen as Gibson’s comeback vehicle following his anti-Semitism controversies.)

An old magazine article describes a 20-year-old Yelchin wearing hamsa and Star of David charms around his neck.

“These all have meaning for me. The Star of David has been in my family for a long time, and obviously I’m Jewish … The hamsa, I just like it. It’s an Israeli thing,” he said.

The film doesn’t concentrate heavily on the actor’s death, which led to a settlement with Fiat Chrysler Automobiles. The money helped fund the documentary and also went toward the Anton Yelchin Foundation, which assists young people in the arts who face career challenges due to debilitating disease or disability.

“He did so much in such a short amount of time, and that’s what I really wanted to concentrate on,” Price said. “I knew I wanted this movie to be about life and not death because Anton was the definition of living life to its fullest.”

Be the first to comment on "Before his death at 27, Jewish movie star Anton Yelchin did it all — while battling a secret illness"