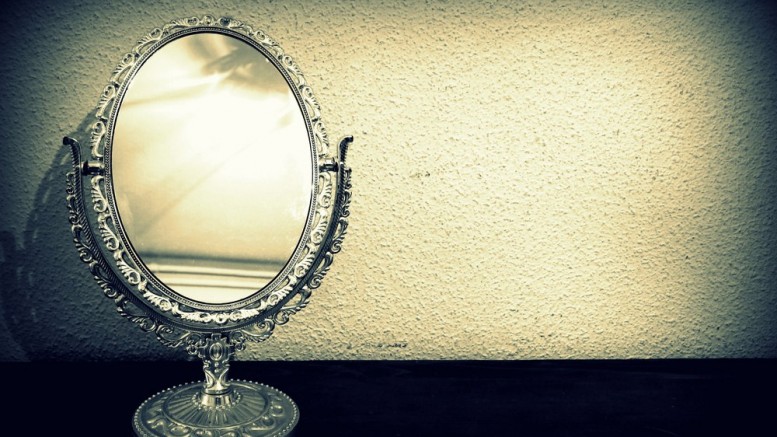 (Kveller via JTA) — When I was growing up, my father’s parents lived half a world away in Israel. I only met them a handful of times. Back then there was no Internet, so we sent letters and made the occasional phone call.

Once, when I was 12 or so, my dad sent his parents a couple of recent photos of me. A few weeks later, he received a phone call from his mother to tell him that I looked just like one of her sisters. It was a big deal to her — not just because she didn’t see me that often, or that she was moved by the family resemblance — it left a profound mark on her because her sister had died when she was the age I was then, and it shocked her to see her sister’s face so accurately represented in mine.

My grandmother’s entire family was killed by the Nazis in the Holocaust. The same was true of my grandfather’s family — he lost his parents and siblings, and also his first wife and daughter. Both of my grandparents fled the Nazis, hiding out in locations across Europe, and ultimately rebuilding their lives in Israel.

I remember looking in the mirror at my father’s house, examining my facial features, as teenage girls do. But now I wasn’t just looking at myself. I was looking at the face of a girl whose youth was frozen in time, cut off suddenly in the most inhumane way imaginable.

The idea sent chills down my spine. As an almost-teenager, it wasn’t something I could consider for very long. I liked how seeing my picture made my grandmother happy. I liked that she said I was beautiful like her sister. But I didn’t like having to consider what happened to her sister, to her family — to my family. The burden was too heavy to bear.

My grandparents lived long lives and passed away many years ago. Only now, in the past few years, have I been trying to piece together how the traumas of their lives have shaped me, my father, and our family. The answer is deeply, and in ways that I don’t feel I’ve even scratched the surface of. My grandparents were kind, loving people, but they were significantly scarred, and in many ways their scars have been passed on.

Still, most of the time, I can go through my life not really thinking of this part of my family history. I am married. I have two sons. I have rent to pay, lunches to make, tears to wipe, messes to clean. I have been lucky in this life. In many ways, I live a life of privilege. And although I care deeply about those less fortunate than myself, it isn’t every day that I feel personally impacted by it all.

But with the current news and world events — with so much hate spewing from the mouths of politicians and my fellow citizens — I have been thinking more and more of my grandparents, the Holocaust, the lives lost, and the lives of those impacted forever.

When politicians talk about blocking Syrian refugees from entering the United States, I think about my grandparents making their way through Eastern Europe, hiding and taking refuge, relying on the kindness of strangers who saw them as human first and foremost, not as Jews or any race unworthy of food, shelter, and safety.

When Donald Trump said recently that he would ban Muslims from entering our country, and supported the establishment of a database to track all Muslims in the United States, I couldn’t help but think of Eastern Europe in the Nazi era — the yellow stars Jews were made to wear in public so they could be identified (and eventually rounded up) and the ID numbers tattooed on their arms in the camps.

In my corner of America, I basically blend in. I have white skin, I dress like other average Americans. Maybe I “look Jewish” — whatever that means — but I never feel that my race or ethnicity makes me a target for mistreatment. Yet my face will always be the face of my grandmother’s sister. I will always be her. And I will never forget.

And so, when you single out an entire race, religion or ethnic group, and say they are not welcome in your country — when you say you will be monitoring an entire race of people who are trying to live normal, peaceful lives — you are talking about me. I am the face of a minority. I am the face of someone who was isolated, victimized, and killed for nothing other than fear, racism, bigotry, and cruelty.

I hope enough Americans are feeling as upset, offended, and terrified as I am. I hope love will be able to light a fire and burn the hate that is building in our country.

As my other Jewish grandmother would say: “Enough already!” We owe it to our children to make a world based on kindness rather than hate. We owe to the world’s children to protect them. We owe it to ourselves to be on the right side of history. And we owe it to history never to repeat it.

Wendy Wisner is a mom, writer, and lactation consultant (IBCLC). She is the author of two books of poems, and her essays have appeared in Brain, Child Magazine, Huffington Post, The Washington Post, Scary Mommy, Role Reboot, and elsewhere. She writes at wendywisner.com; you can follow her on Facebook and Twitter at @wendywisner.

1 Comment on "As the granddaughter of Holocaust survivors, I can’t stay silent about Islamophobia"