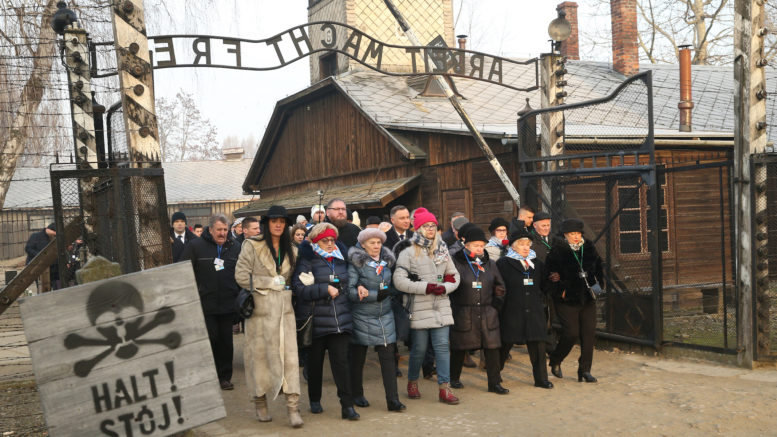 By Katarzyna Markusz, WARSAW, Poland (JTA) — Jews who were murdered by the Nazis have two days of commemoration devoted to them. Now two Jewish leaders have proposed a third day of Holocaust remembrance — devoted to the Jews who survived.

Jonathan Ornstein, director of the JCC Krakow in Poland, and Michael Berenbaum, director of the Sigi Ziering Institute at the American Jewish University, have jointly proposed a new holiday. Holocaust Survivor Day would be celebrated on June 26, the birthday of a prominent Polish survivor and advocate.

The proposal, which Ornstein and Berenbaum hope will catch on among Jews around the world, comes as the number of living survivors is dwindling and after a year in which COVID-19 exacted a steep toll on them.

“We, the next generations, have been privileged to meet these remarkable individuals and have tried to make sure they are taken care of in our family, our synagogues, our community centers,” the two men wrote in an op-ed in The Jerusalem Post this month. “But as a society we must ask ourselves one question: Have we done enough?”

The victims of the Holocaust are commemorated annually on Jan. 27, the anniversary of the 1945 liberation of the Auschwitz camp, and during Yom Hashoah each spring. These days are focused on commemorating victims, and talking about the dangers of anti-Semitism, prejudice and hatred toward other people.

The new day, Ornstein and Berenbaum said, would focus on how to help survivors, whether by providing companionship and listening to their stories or by gathering needed material support, such as food.

The pair proposed June 26 because it is the birthday of Marian Turski. Born Mosze Turbowicz in 1926, Turski survived Auschwitz and the 1945 death march of prisoners from that camp to Buchenwald. Following liberation Turski moved to Warsaw, where he is involved in the work of the Association of the Jewish Historical Institute in Poland, the Association of Jewish Combatants and Victims of the Second World War and the Polin Museum of the History of Polish Jews.

Be the first to comment on "As Holocaust survivors dwindle, a proposal emerges for a day devoted to them"