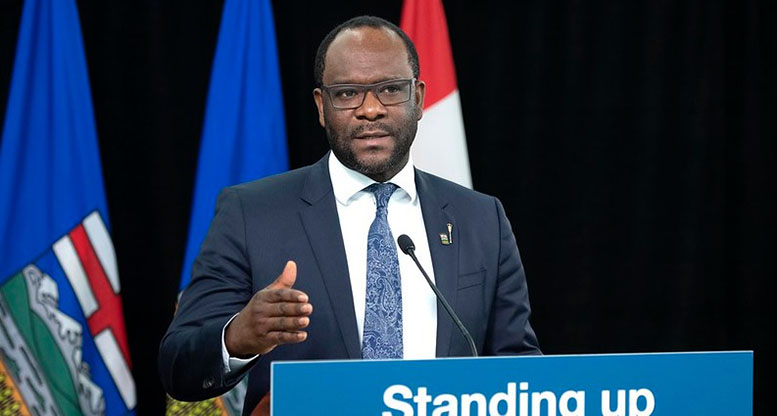 (AJNews) – A new Alberta Security Infrastructure Program that will help protect targets of hate-motivated crime with funding for security upgrades was announced on Friday June 11.

Starting this fall, religious and ethnic organizations and Indigenous groups that are at risk of being targeted by hate-inspired violence or vandalism will be able to apply for grants for security and technology improvements.

“As we’ve tragically witnessed, religious and ethnic minorities in Canada remain at risk of being targeted with hate-motivated crime,” stated Alberta Premier Jason Kenney, referring to the horrific murder of a Muslim family in London Ontario.  “These cowardly acts of bigotry have no place in our province. Alberta’s government stands shoulder to shoulder with these communities and is proud to deliver on our election commitment to help keep them safe.”

Funding for upgrades to facility infrastructure, including security and monitoring systems, will help protect both individuals and property from vandalism and other criminal acts. The program will be flexible and accessible enough to address a range of protective measures, such as security planning, education and training.

“Complex problems such as hate crimes and racism place an incredible burden on vulnerable Albertans,” added Minister of Justice and Solicitor General Kaycee Madu. “The Alberta Security Infrastructure Program will empower these Albertans and their communities by providing additional layers of protection for those in need. Empowered communities are safe communities.”

The initial call for grant applications will take place this fall. A total of $500,000 will be available, with applicants eligible for up to $10,000 to assist with training and security assessments, as well as up to $90,000 for security infrastructure. More information on program eligibility and the application process will become available in the coming months.

“The Alberta Security Infrastructure Program is vital to the safety and security of all Albertans,” concluded MLA for Calgary-Cross Mickey Amery. “Racism and hate-motivated crimes impact us all and this program demonstrates our government’s commitment to protecting all Albertans.”

The announcement came just days after a Muslim family of four was run over and killed by a vehicle in London, Ont., in what police say was a targeted attack because of their faith.

The entire country was horrified by the act of hatred, and stood in solidarity with the Muslim community in Canada. Prime Minister Trudeau called it an act of “terrorism.”

The Alberta government has also announced the creation of a community liaison on hate crimes, an advisor based out of the ministry of justice. That person will consult with ethnic, religious and LGBTQ communities, as well as the Anti-Racism Advisory Council (ARAC), “about what more we can do to ensure that we are addressing issues of hate crime in a comprehensive manner,” noted Minister Madu.

“At the end of the day the question for us is how do we assure minority, cultural and Indigenous communities in this province that they are going to be safe.”

”We applaud the decision of the Alberta government in the creation of a Hate Crimes Unit in Alberta,” stated the Jewish Federation of Edmonton. “This is an important step to make sure that all vulnerable Albertans, including our own community, are safe. No Albertan should have to live in fear simply because of their race, ethnicity, religion or sexual orientation.”