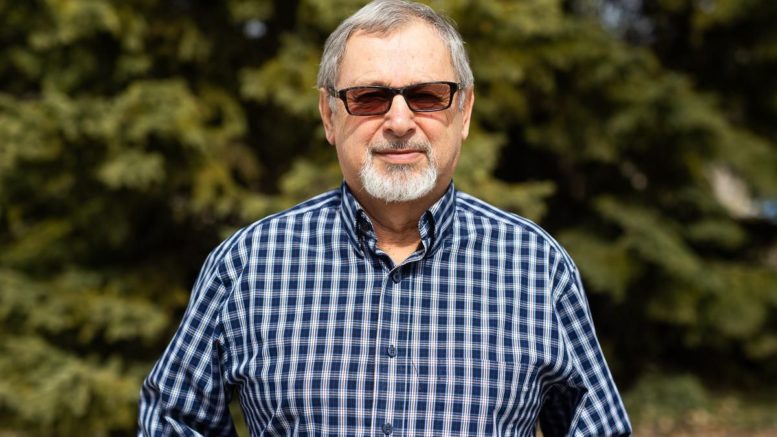 Abe Silverman is the Alberta Manager of Public Affairs for B'nai Brith Canada.

Silverman says he got news of his appointment to the 20-person committee, which includes representation from the Black, Fillipino, Muslim, Jewish and Blackfoot communities, among others, about a month ago.

The council’s first meeting is scheduled for Feb. 19 to set an agenda, which will be followed up with three subsequent meetings throughout the year.

“Hopefully we will have a very talented group of people who are very familiar with the issues,” Silverman said.

Silverman, a Holocaust survivor, has been researching and lecturing on Jewish issues for about 50 years, as well as engaging in interfaith dialogue, which he says is a valuable asset in combatting racism.

“It helps you come away with other peoples’ perspectives. I know very well, and consider myself somewhat of an expert on, issues that we Jews face, whether it’s anti-Semitism or anti-Zionism. That I know a lot about,” he said, citing his relationship with the Al Rashid Mosque, as well as the Indigenous, Chinese, Ukranian and Polish communities.

“Everyday, even at my age, I learn things.”

Ultimately, it’s about listening and working together on mutual issues of concern with various communities, even those with which he may have profound disagreements on certain topics, such as Israel.

“You always must maintain respect and understand that they’re entitled to that point of view, just as you’d hope they respect your point of view,” said Silverman.

Silverman isn’t the only Jewish person on the council. Judy Shapiro, the former associate executive director of the Calgary Jewish Federation, and the inaugural publisher of Jewish Free Press was appointed to the panel when it was established in early 2019.

There were four subcommittees the original panelists were divided into, each with a particular issue to look into — the accreditation of foreign professionals, investigation and reporting of hate crimes, anti-racism education, and diversity in government.

Shapiro was on the hate crimes subcommittee, which was expanded to look at policing writ large.

The original lineup issued a report with a series of recommendations that was given to the government in mid-January, but hasn’t been released publicly as of writing.

The new committee will examine how to implement these recommendations, Shapiro says, adding that she hopes the report gets public release.

Shapiro shares Silverman’s view that sitting on the committee is largely an exercise in listening to other communities’ perspectives.

“I’ve learnt a great deal about the experiences of racism of other communities. It’s heightened my own awareness, particularly of Indigenous communities,” she said. “We’ve got a lot to learn, all of us.”