Boys Town Jerusalem student Oz Attal has rejoined his class after sustaining serious injuries in a car accident three years ago. His recovery is truly inspirational. He is pictured above greeted by his classmates after completing the bike-a-thon. Photo supplied.

(EJNews) – This Hanukah, there is one more miracle at Boys Town Jerusalem. Student, Oz Attal, is taking an active role in the schoolwide celebrations. 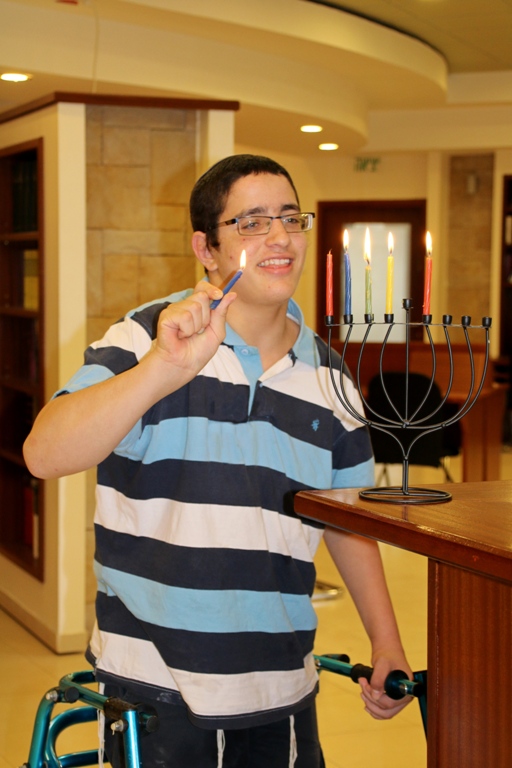 Just over three years ago, the then 12½-year-old boy was hit and run over by a bus as he was coming home from Day Camp.  The bright, popular Boys Town Jerusalem student sustained severe head injuries as well as serious internal injuries, and he lingered in a coma for six weeks. The moment Oz miraculously regained consciousness he began an intense, painstaking struggle to regain his function and independence. Today, pushing a walker, 16-year-old Oz (Hebrew for “strength”) has rejoined his class at Boys Town at last. Although plagued by daunting cognitive and physical difficulties, Oz has been engulfed by his classmates and teachers in a sea of love and support.

“There wasn’t a day that Boys Town wasn’t there for Oz,” recalls his mother Yael. “Rabbi Meir Linchner, Dean of Students, and Principal, Rabbi Elimelech Yaakov, were at our side in the hospital almost immediately after the accident. Once Oz was conscious, the school sent a steady flow of classmates to visit him regularly. Even when Oz entered the Alyn Pediatric Rehabilitation Center for what would become nearly a three-year stay, several teachers voluntarily came each week to tutor him. Although he could barely communicate, Oz clearly felt strong and loved.” 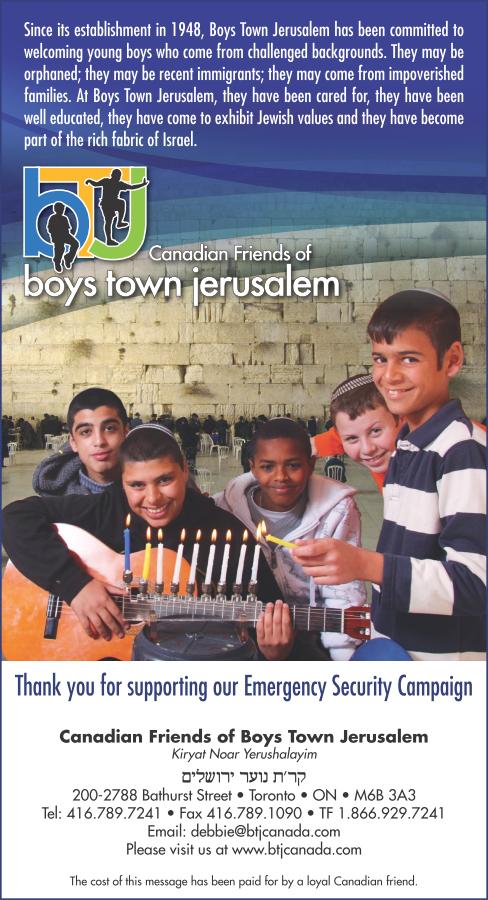 Watching Oz dart through Boys Town’s halls – and stairs­– Yael Attal notes that two years ago the doctors declared that Oz would never walk again. Although Oz needs a walker for support, he cuts himself no slack when heading indoors or outdoors with his class. “Yet, with Traumatic Brain Injury (TBI), no one can know the extent of the permanent injury,” Yael says. “For now, Oz’s left side is weak, and his hand shakes. Sadly, he has no long-term memory and no control over what he may say, yet he understands the academic material quite well. Most crucial, he has iron motivation.”

Last year, Oz began coming to Boys Town several hours, one-day-a-week, accompanied by his mother. At the start of the school year, Rabbi Linchner informed Yael that for the four days that Oz is not in treatment at Alyn Hospital, he can return to his 11th grade class, where Rabbi Linchner himself is the main instructor. The classroom was then moved to a lower floor. “At first, I stayed at Oz’s side in class and also helped him maneuver his way through the halls between classes,” Yael explains. “Very soon, Rabbi Linchner informed me that BTJ had made arrangements for a ‘shadow’ to accompany Oz for the year and relieve me.” (At home, Oz’s seven siblings await her.)

Tears filled Oz’s eyes when he first took his seat in class, Rabbi Linchner recalled. “His 36 classmates received him with love and extreme patience. They are now learning an invaluable lesson in how to give of themselves.” Recently the entire class joined Oz in a moment of triumph when he pedaled to the finish line of Alyn Hospital’s “Wheels of Love” bike-a-thon.  Waving signs that said, “Oz the King!” his BTJ classmates and teachers heartily cheered the heroic student.

“Oz has been blessed with an extraordinary family and a fierce will to live,” Rabbi Linchner said. “For us, his teachers and classmates, it’s an honour to be a part of the miracle of Oz’s life.”

Click here to learn more about the Canadian Friends of Boys Town Jerusalem. 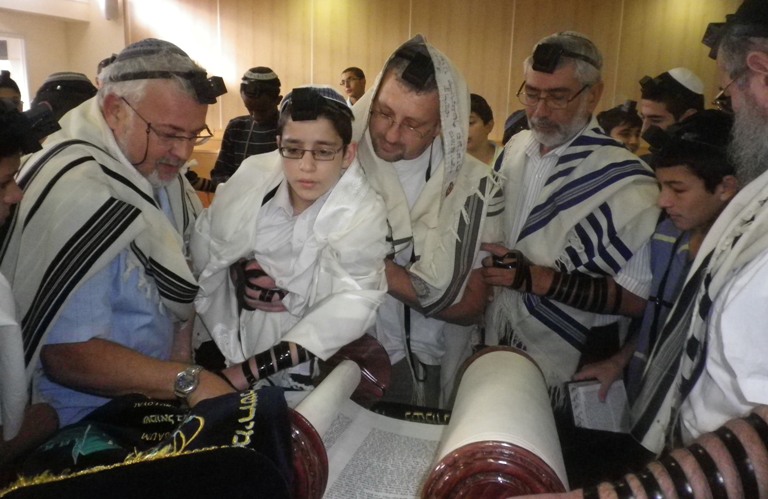 Oz Attal at his Bar Mitzvah. “He is our own Hanukah miracle at Boys Town Jerusalem.”

Be the first to comment on "Boys Town Jerusalem: Our own Hanukah miracle"