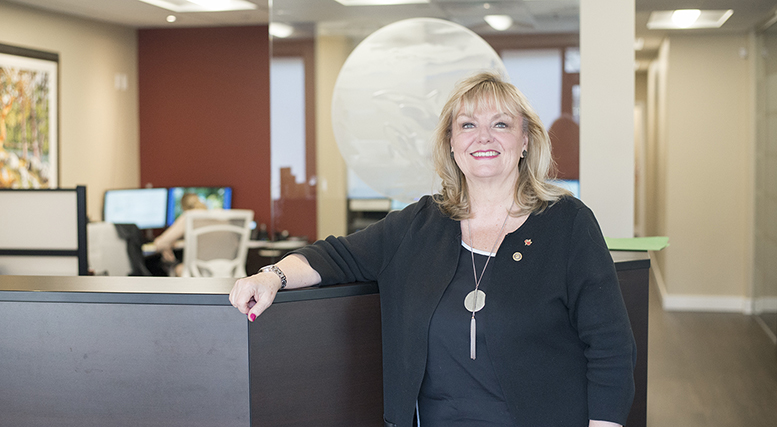 (AJNews) – Central to the practice of Rosh Hashana and Yom Kippur is the concept of t’shuva, or repentance. It’s the time of year for self-reflection and apologizing to those we’ve wronged. But an apology must come from the heart.

It’s easy to just say, “I’m sorry you feel that way” or some variant, evading any personal responsibility by placing the burden on the individual who has been wronged. This is precisely how not to go about a genuine, sincere apology.

A true apology involves an acknowledgement of what you did wrong, why it is wrong and an expressed desire to do better. It must come from an internal desire to do better for your fellow people, not imposed from outside.  (Our prime minister Justin Trudeau is master of delivering sincere and well-crafted apologies – the concern however is their frequency).

This contrast was on display in Canadian politics recently, when South Surrey-White Rock Conservative MP Kerry-Lynne Findlay suggested newly-minted Finance Minister Chrystia Freeland is being instructed by George Soros based a 2009 video of Freeland interviewing him when she was a reporter at the Financial Times. Findlay quote tweeted a post of the video, saying it showed Freeland listening to Soros “like student (sic) to teacher.”

“The closeness of these two should alarm every Canadian,” Findlay said in the tweet that tagged the official Conservative Party of Canada account and freshly-elected leader Erin O’Toole and was re-tweeted by prominent Tory MP Pierre Poilievre

Soros, of course, is the bette noir of modern anti-Semitic conspiracy theories, which take the trope of a Jewish cabal secretly controlling the world and replace it with an individual billionaire who just so happens to be Jewish. In some versions, casino magnate and Republican mega donor Sheldon Adleson, or another Jewish billionaire, is swapped for Soros.

After a social media backlash, Findlay deleted the post and offered up a statement that only vaguely resembles an apology.

“Earlier today, I thoughtlessly shared content from what I am now learning is a source that promotes hateful conspiracy theories. I have removed the tweets and apologize to anyone who thinks I would want to endorse hateful rhetoric,” she said, without any reference to Freeland, Soros or even the Jewish community, let alone any promise to do better in the future.

The statement makes it sound as if Findlay simply made a careless retweet, rather than quoting the original post to express her agreement and trying to bring it to the attention of her party and its leader as if it were an urgent matter.

A cursory glance at the feed of the account she tweeted, “David Q Milley”, shows an adherence to the outlandish QAnon conspiracy theory that believes U.S. President Donald Trump is in the process of taking down a “deep state” cabal of pedophiles and Satanists.

How did the algorithm come to place this tweet in a sitting MP’s feed? Had she been interacting with similar content?

Findlay is not some fringe figure in the Conservative Party; at the time, she was their environment critic, (though she was not given a position on the recently announced shadow cabinet).  Yet O’Toole had no comment on the matter, referring reporters to her Twitter statement, which was no more than an attempt at damage control.

There was radio silence on this matter from the Jewish Federation of Greater Vancouver.

Centre for Israel and Jewish Affairs’s Richard Marcheau did lightly criticize Findlay, correctly stating that “it’s important also to know that even without intent, the effect can be antisemitic,” without reference to her statement.

B’nai Brith Canada accepted Findlay’s non-apology, but cautioned that it may not have been entirely genuine.

“While we accept Ms. Findlay’s apology, we would have preferred she more directly address her own hurtful actions in re-tweeting this hateful content and that she, like all political leaders, should understand the impact of their words in fostering antisemitism,” reads an unsigned statement from B’nai Brith Canada.

This ambivalence may be informed by B’nai Brith’s own history of dabbling in Soros conspiracism.

It lists various civil society groups that have received funding from Soros’s Open Society Foundation for their work in Israel and Palestine, such as Adalah and the New Israel Fund, falsely claiming they all support the international Boycott, Divestment and Sanctions movement targeting Israel, depicting Soros as the hidden hand behind it.

The piece also mentions a $45,000 grant the foundation made to Black Lives Matter, a fact which is itself the basis of far-right conspiracies. And it’s still up on their website four years later.

This fixation on the finances of Israeli and Palestinian NGOs dovetails with the agenda of Israeli prime minister Benjamin Netanyahu, who has long sought to criminalize NGOs critical of Israel, a brazen violation of civil rights that an organization with as honourable a history as B’nai Brith ought to squarely oppose.

But blind support for Israel’s right-wing government leads many of those who purport to represent the Jewish community to overlook anti-Semitism in quarters that are staunchly pro-Israel, like the Conservative Party, while magnifying those that aren’t.

In perhaps the most egregious example, B’nai Brith Canada co-sponsored a 2018 event with far-right political commentator Ben Shapiro, who has said American Jews who voted for President Barack Obama, are “Jews in name onlly.” Shapiro was an online favourite of the 2017 Quebec mosque shooter, who visited his Twitter feed a few times a day prior to the shooting.

This is not the way to represent the Jewish community, with its many multitudes.

Perhaps some extra t’shuva is in order for some of our community leaders.