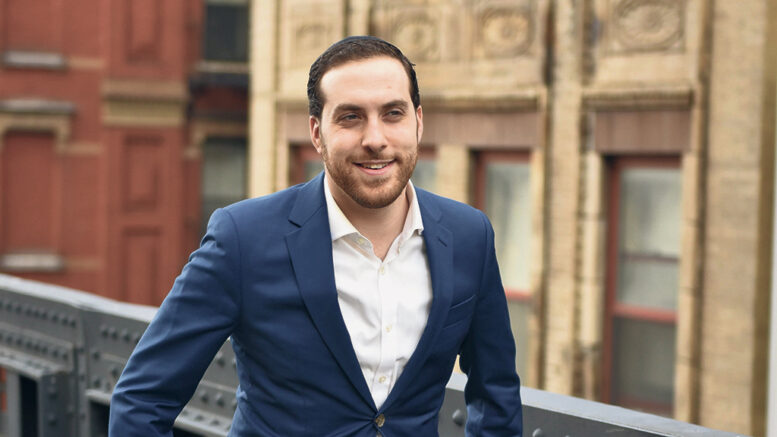 A marriage of ancient words and modern melodies, Az Yashir is an original Jewish music album of songs for Shabbat from singer and composer Yair Rosenberg.

Most people know Rosenberg for his writing. As a journalist whose work has appeared everywhere from The Atlantic and Tablet Magazine to the New York Times and the Washington Post, he has interviewed White House officials, profiled Israeli prime ministers, covered Jews in baseball, and even chronicled the translation of Harry Potter into Yiddish. But for the last seven years, he has been working on something very different: a new kind of Jewish music.

Az Yashir takes listeners through the experience of the Jewish Sabbath, combining centuries-old lyrics with contemporary musical influences ranging from Irish folk to EDM. With this debut album, Rosenberg follows in the footsteps of his grandfather, Rabbi Israel David Rosenberg, a Hasidic composer who escaped the Holocaust through Shanghai and whose songs from that time are still sung to this day.

Az Yashir features eight original compositions and two new adaptations, performed by Rosenberg, backed by 20 different musicians, and produced by Charles Newman of Mother West. Each track features vivid harmonies that evoke the beauty of communal Shabbat singing, performed and arranged by Abbaleh Savitt and Arun Viswanath. The physical album, designed by Shannon Loys and Kate Therrian, was released in late October, along with sheet music for synagogues and schools. Listen to a sampler of the project here.

In Yair’s words, “Music has long been a universal language among Jews, transcending time periods, ideologies, and denominations. Jewish communities that would never speak to each other somehow sing to each other, sharing the same tunes even when they seem to share little else. My hope is that these new melodies can serve as such a unifying force, enlivening the shabbat tables, synagogues, and Jewish lives of people everywhere that the songs can reach.”

Be the first to comment on "Yair Rosenberg launches: Az Yashir – Songs for Shabbat"