(AJNews) – This month Alberta Jewish News is highlighting strong resourceful women in our community and there is no better place to look than the leadership team at the Jewish Federation of Edmonton (JFED). Stacey Leavitt-Wright, Susan Schiffman, Tamara Vineberg, and Jennifer Magalnick are the four women who are contributing to the vibrant Edmonton Jewish community through their professional leadership positions at JFED.

Stacey Leavitt-Wright, CEO, moved to Edmonton with her family in 2007 and quickly became involved with many aspects of the community, starting with the Talmud Torah Society, then Beth Shalom Synagogue, the Aviv Israeli Folk Dance Association (AIFDA), and JFED. As the saying goes, grass doesn’t grow under her feet. 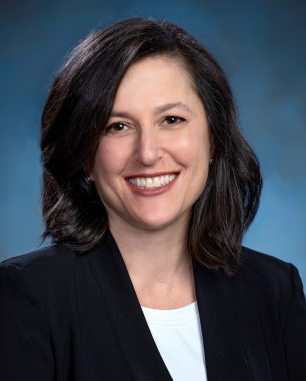 Stacey grew up in Montréal and at an early age she felt a need to give back to the community. She signed up for a social action club during her high school years and grew her leadership skills from there.

In January 2021, in the midst of the COVID pandemic, Stacey began her tenure as CEO of JFED. Facing health restrictions related to the pandemic, Stacey wanted an opportunity to stay connected with the Edmonton community which sparked the formation of a JFED weekly message, found in their weekly e-newsletter, The Bridge. You can receive weekly messages of reflection and encouragement from Stacey when you sign up to receive The Bridge.

With her mantra of collaboration and relationships as a guide, Stacey leads with the idea that we all have the ability to create the community we want. “Our next move as a community is to strengthen the leadership capacity of the emerging generation,” she says. Stacey encourages people with ideas to come forward, even those new to Edmonton, as they can help contribute to a thriving environment. 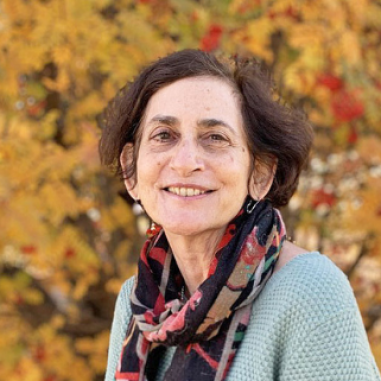 When asked to describe her current role at JFED Edmonton, Susan said she’s “a coordinator, a cheerleader, and a shoulder to cry on.” She is responsible for facilitating a team of volunteers and helping them achieve various objectives, such as donor outreach for sponsorship opportunities for the annual UJA Campaign.

Another aspect of Susan’s job involves cultural programming, which includes planning meaningful programs and looking for ways to connect different organizations. She says that one of her mentors taught her “to draw in different people from different parts of the community, with different kinds of expertise, and turn that into great programs.” Susan is currently working on an event for the Fall which she is excited for people to attend. “It combines recognizing community leaders, fundraising, and cultural programming.”

Susan has built lifelong skills from both her professional and volunteer experiences. She advises young people to volunteer. Don’t be deterred when there is no current job opening or an immediate pay-off, she added. “Get to know people who do the kinds of things you want to do because network connections come in unexpected places.”

Tamara Vineberg is the Associate Director of Marketing and Communications at JFED. She is a strong proponent of the power of storytelling and mentorship. Her career began as a journalist in small towns. Coming from a vibrant Jewish community in Montréal, her time in small communities with a lack of Jewish resources, strengthened her commitment to Jewish identity. 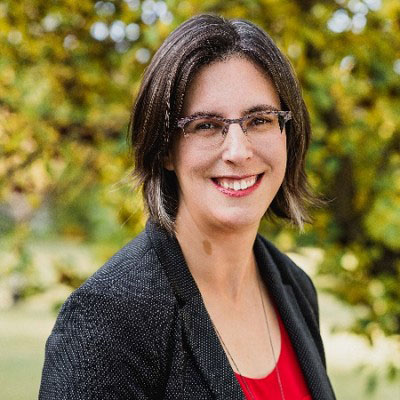 Along the way, “mentorship became an important part of my career,” said Tamara. “Being mentored by others and then learning how to mentor others in return.”

In September of 2021, Tamara stepped into her current role at JFED. She now leads JFED’s communications and marketing strategy. Her position captures a variety of roles, such as branding, storytelling, project development, and mentoring. Tamara excitedly shared how she is currently mentoring University of Victoria sociology student Cas Allen for the summer through a Canada Summer Jobs grant.

In addition to her professional experience, Tamara has also shone as a volunteer. For those looking to explore leadership opportunities, Tamara encourages others to step out of their comfort zone to make those important connections. She also recommends exploring through reading, shadowing people, volunteering, networking, and getting a mentor.

She wrapped up our interview with the message: “if you want our Jewish community to thrive, get involved.”

The fourth member of the JFED professional leadership team is Jennifer Magalnick. As the Associate Director of Holocaust Education and Community Engagement, Jennifer brings knowledge and experience from her career as an early childhood educator to her position.

Jennifer grew up in Edmonton and got her first job at the Jewish Community Centre (JCC) and was involved in the Jewish community through Temple Beth Ora. She held chapter and regional leadership positions in BBYO and scribed BBYO as being an “impactful connection” to the Jewish community for her at that time. 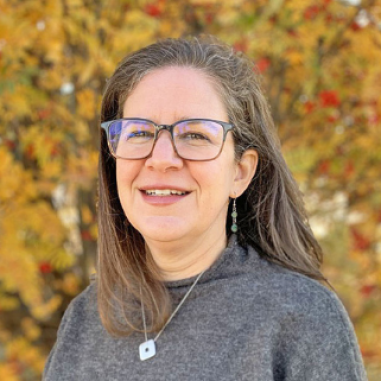 “I went into Jewish education professionally pretty much from my mid-twenties,” she said. Her formal education includes earning a BA in Hebrew Language and Literature at the University of Alberta. She went on to graduate from Brandeis University in 1997 with an MA in Jewish communal service with a focus on education. She had leadership roles within the JCC system in Chicago and Seattle. She eventually moved back to Edmonton, and her position at JFED. Jennifer laughed and commented, “some magnetic force brought me back to work with the Federation.”

This year she received her MEd in Neuroscience and Applications for Teaching and Learning which helped prepare her for the Holocaust education position. While working at JFED Jennifer chose to do her research paper on Holocaust education in Alberta. “It’s such a precious opportunity to teach about the Holocaust,” Jennifer stated. Currently, she is involved in an upcoming art exhibit, They Didn’t Know We Were Seeds by Carol Wylie, in honour of National Day for Truth and Reconciliation.

Jennifer is also involved with PJ Library and Shalom Baby programs in Edmonton. “My approach for the Jewish community is that it should feel inclusive,” she said. She hopes to “create a setting that makes it possible for somebody to jump in when they are ready. It is about helping people engage with the Jewish community in whatever stage of life they are in.”

When it comes to volunteering, Jennifer wants to remind people that there are many different roles to fill. You don’t always have to be the most visible person because there is “a lot of behind-the-scenes work that happens too.”

This dedicated group of women work collaboratively to strengthen the Edmonton Jewish community with passion, authenticity, and Jewish pride. They encourage everyone to get involved. For more information visit jewishedmonton.org.

Be the first to comment on "Four empowered women: The leadership team at Jewish Federation of Edmonton"