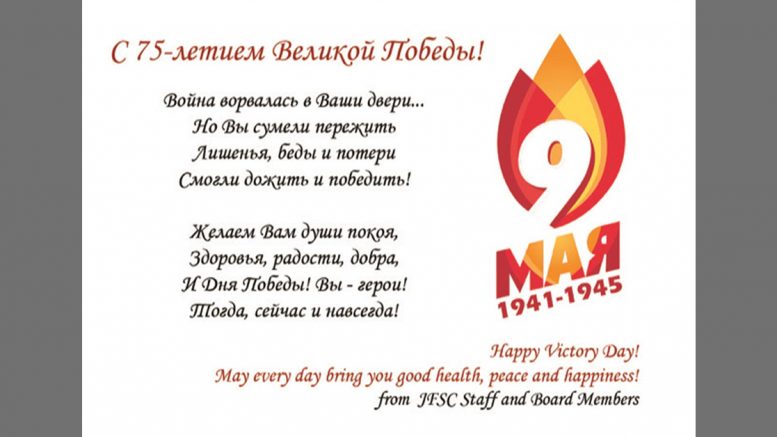 (AJNews) – For many of the Jewish people who emigrated from the former Soviet Union recently or many years ago, the victory over Nazi Germany remains the most significant of all the official and unofficial holidays.

While the rest of the world acknowledges May 8 as V.E. day (Victory in Europe day), May 9 is recognized as Victory day – the official day to celebrate the commemoration of the Soviet Union defeating Nazi German. 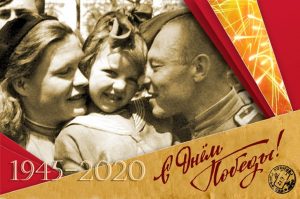 During what is known as the Great Patriotic War of 1941- 1945, it is said that 27 million people were killed – this number included troops, civilians, and prisoners of war who perished as a result of military action, mass killings, starvation and diseases. As is often the case, the number of people who lost their lives could be much higher than stated. Regrettably, the role played by the USSR’s allies (Great Britain, France – except during the German occupation, 1940-44, Poland, USA, and Canada) in WWII was not emphasized until after the collapse of the Soviet Union in 1991.

In recent years however, with the change in both foreign and internal politics and growing domestic demand for ‘greatness’ and military power synonymous with Russia’s current dictatorship, the allies’ contribution towards overcoming the terrible enemy has also been understated. Understandably therefore, the Great Patriotic War has been at the forefront of people’s personal experience and knowledge (as well as the “Soviet’s” collective memory in general) about World War II. However, it is not even because of factors such as political isolation and propaganda of the USSR and modern Russia’s state-owned media, but rather due to the severe impact the war had on practically every family, and on the subsequent literature, music, cinema and other art forms.

For Jewish people in particular, Victory Day is of the utmost importance and significance because of the fact that one of the most compelling reasons Hitler entered in to war in the first place was not his desire to gain world dominance and power, but rather to heed his obsessive determination of entirely ridding the world of Jewish people. This fact and the subsequent events that took place in the Western parts of what was then the Soviet Union – made up of Baltic countries, Moldova, Belarus, Ukraine, Russia – such as mass shootings of Jews, the creation of ghettos, migration and evacuation of Jewish people to the East wherever and whenever possible that were reported by official Soviet sources of information as persecution of civilians in general.

As we know, the fact that the Jews were specifically being targeted by the Nazis and local collaborators was hardly ever acknowledged. That said, behind closed doors, Jewish families preserved and cherished the memories and stories of their family members who had passed or who had survived, who had fought in the Red Army or as partisans, and those who worked for the state or who raised children. Jewish holidays, even High Holidays, were still celebrated by many families, even though Judaism was practically forbidden by the totalitarian Soviet regime.

But it was Victory Day that symbolized to the Russians the win of life over death and terror. There are many veterans and their survivors living in Calgary today. This holiday, even after all this time, continues to be very meaningful to them. In an attempt to help preserve the significance, experience and memories associated with Victory Day and to promote the feeling of community and belonging, JFSC (Jewish Family Service Calgary) has organized May 9 celebrations for Russians living in Calgary; a community that is tightly intertwined with its Jewish Community. By holding these celebrations, Jewish seniors, war veterans and Holocaust Survivors know they are supported in a way that is meaningful to them and that empowers them to accept and work through the current life challenges.

Over the past few years, JFSC has been supporting its clients and the Jewish community through the coordination of a variety of projects that include the publication of two books of stories of Holocaust Survivors living in Calgary, “Voices of Resilience” and “Sharing Our Memories,” as well as a series of social gatherings known as Café Europa, funded by The Claims Conference.

Along with the support of Claims Conference, JFSC also administers two additional programs that are  invaluable for Survivors of the Holocaust – Home Support and Emergency Financial Assistance – ensuring that clients are able to live their lives aging in place, with dignity and independence.