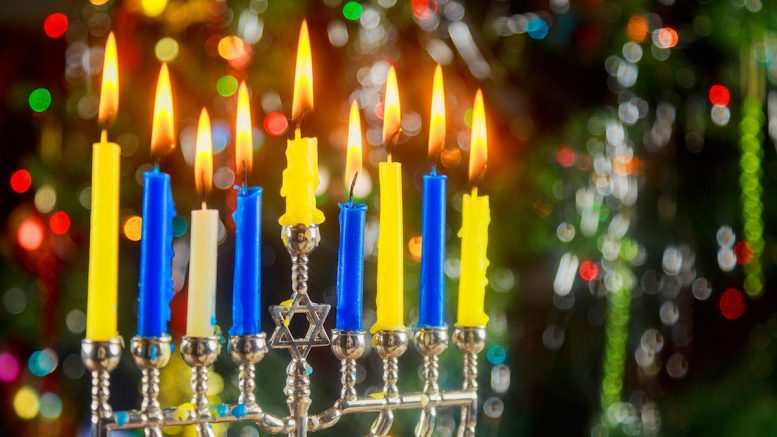 (Kveller via JTA) – Turns out, it is still hard to be the Jewish kid at Christmastime. Even in 2018. Even in Los Angeles and its environs. Or suburban New York. Or the North Shore suburbs of Chicago.

As a rabbi, I often field the Jewish questions from friends; I’m basically their go-to Jewish Google. So imagine my embarrassment when I couldn’t easily answer a question from my oldest and dearest friend, who now lives in a very Jewish suburb of New York.

Turns out, her daughter — now attending public kindergarten — has, surprise surprise, begun noticing the overabundance of Christmas at this time of year. The lights, the songs, the commercials … and the Netlix movie suggestions. Having also just started Hebrew school, she turned to her mom and asked: Where are the Hanukkah movies? So then her mom turned to me.

The sad fact is, the only one I could think of, and the one most people suggested to me when I asked, is the “Rugrats” movie — which originally aired in 1996, over 20 years ago. Or there’s the Adam Sandler movie, “Eight Crazy Nights,” a relative newcomer having been released only 16 years ago (and also not really appropriate for the G-rated set). Other than that the pickings are slim. So my friend did what any Jewish mom would do in 2018: She called Netflix to complain.

The December Dilemma is a term that has, at least in Jewish educational circles, referred to children in interfaith families who might struggle to reconcile the celebration of Christmas and Hanukkah within their own families, if not in their house. I certainly don’t want to diminish those challenges, but as a rabbi and a mom in 2018, I think there is another December dilemma, epitomized by yet another 1990s classic: Kyle expressing his loneliness in “Jew on Christmas,” a song he sings in the first season on “South Park.”

It’s hard to be the lonely Jew on Christmas. The “War on Christmas” aside, it turns out that it is hard to be Jewish in a culture bombarded by Christmas songs, imagery, advertisements and Netflix options. Even my older kid — a rabbi’s kid, in a Hebrew immersion class in a Jewish preschool in a Jewish suburb of Los Angeles, who sings Hebrew Hanukkah songs daily right now — looks at the lights with envy and asks why Santa doesn’t come to our house, even though he knows and understands that we don’t celebrate Christmas.

Not surprisingly, I belong to a number of Facebook groups for Jewish parenting. Maybe it is the political culture, maybe it is no longer being in the true bubble of the Upper West Side of Manhattan, maybe it is naivete, but I was sort of shocked this year by the volume of — and pain in — posts by parents trying to raise proud Jewish kids in a non-Jewish world. And in what is perhaps the only good thing left about Facebook (just kidding, I love the pictures of your kids and the memes, too), I was equally moved by and proud of the responses of strong Jewish (and sometimes non-Jewish) moms and dads and caretakers who are committed to giving their kids rich, meaningful and joyous Jewish experiences, sometimes at great expense or great distance.

The rabbis teach that we are to place our Hanukkah menorahs outside, or if that is not possible, in a window that faces outside. Wherever it sits, the menorah is meant to be seen by the outside world; the flames are meant to shine bright into the darkness. The Talmud calls it “pirsumei nisa,” which means to “publicize the miracle” — and that’s part of the point of lighting the candles. We tell the story of our history, our faith, our hopes and our future in the flames that burn bright. It is, increasingly and uncomfortably, hard to be publicly Jewish in America. Even in large and vibrant Jewish communities, as we have seen, to be Jewish can also mean to be a target.

Yet what else can we do? In the face of the darkness, and in response to the onslaught of Christmas lights, we need to bring our light into the world, proudly and brightly.

Well, that and submit Hanukkah movie ideas to Netflix.

(Rabbi Sari Laufer is the director of congregational engagement at Stephen Wise Temple in Los Angeles.)

Be the first to comment on "Why Is it Still So Freakin’ Hard To Be a Jewish Kid at Christmas?"