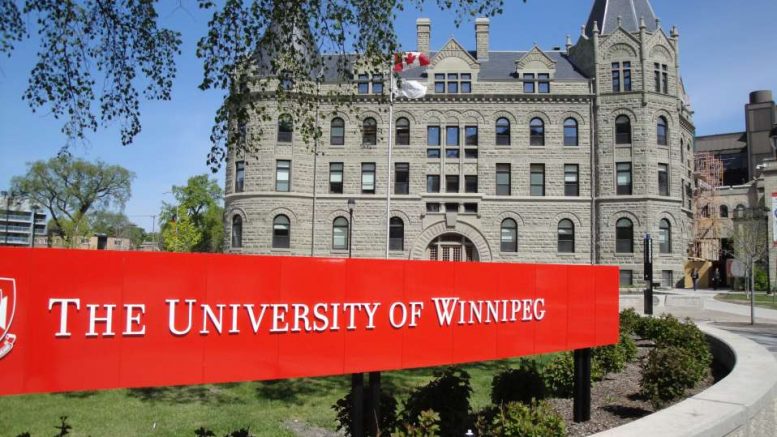 JTA) — The University of Winnipeg said that anti-Semitic statements were made at a faculty-sponsored event on Israel.

A team that included the Canadian university’s human rights and diversity officer reviewed comments made during a Feb. 28 panel discussion, “My Jerusalem: Responding to the U.S. Embassy Announcement,” and determined that it promoted anti-Semitic tropes, according to a statement by B’nai Brith Canada, which first denounced the event as “anti-Israel propaganda.”

The event was organized by Independent Jewish Voices-Winnipeg, the Canadian Arab Association of Manitoba, United Jewish Peoples Order-Winnipeg and others, and was co-sponsored by Global College, a subdivision of the university. The stated goal of the event was to discuss the Jewish, Christian and Muslim reactions to the U.S. decision to recognize Jerusalem as Israel’s capital.

The committee report on the event does not detail the allegedly anti-Semitic comments, but said they violated a working definition of anti-Semitism adopted by the International Holocaust Remembrance Alliance. That definition, adopted by Canada but considered controversial by many critics of Israel, includes certain forms of one-sided criticism of Israel as examples of anti-Semitism.

B’nai Brith had complained that one of the speakers accused Israel of committing a “genocide” against Palestinians and another referred to indigenous Israeli Jews as “European settlers.”

The report also said the event included only “marginal” Jewish speakers on the subject; was held on Purim, a Jewish holiday, when many Jewish students and faculty would have been unlikely to attend; and that video of the event posted on the internet was “subsequently removed, suggesting that the university had something that it was trying to hide.”

In a statement issued earlier this month, the university said it “regrets the anti-Semitic statements made at the My Jerusalem event.”

“Whether providing space, hosting or organizing events or discussions, the University strives to ensure a respectful environment. In response to the recommendations contained within the report, the University will work with members of the Jewish community and other racialized groups to enhance our campus environment and promote safety and inclusivity,” the statement said.

Among the recommendations of the report to the university are that the university publicly “acknowledge the serious problem of anti-Semitism” and commit to taking steps to prevent the expression of its various forms on campus.