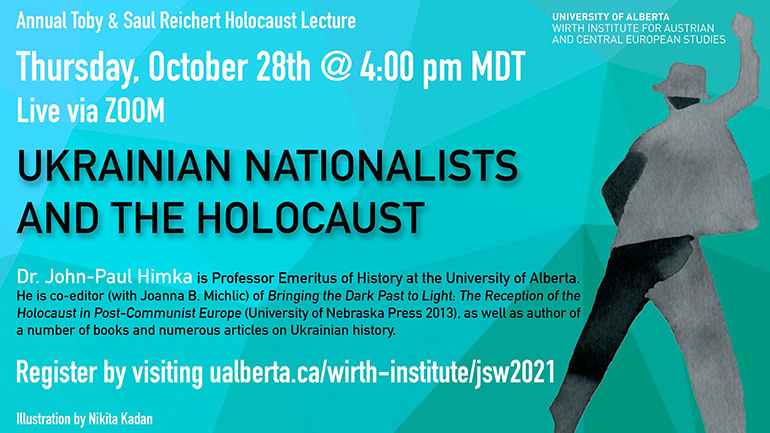 The event is presented by the Wirth Institute for Austrian and Central European Studies.

Dr. John-Paul Himka is Professor Emeritus of History at the University of Alberta. He is co-editor (with Joanna B. Michlic) of Bringing the Dark Past to Light: The Reception of the Holocaust in Post-Communist Europe (University of Nebraska Press 2013), as well as author of a number of books and numerous articles on Ukrainian history. Most recently he has authored “Ukrainian Nationalists and the Holocaust: OUN and UPA’s Participation in the Destruction of Ukrainian Jewry, 1941-1944 (2021).” Dr. Himka serves on the executive of the Western Canadian Center of the Shevchenko Scientific Society and is a member of the Canadian Association of Slavists. He served as the co-editor for history of vols. 3-5 of the Encyclopedia of Ukraine.

“I am a specialist in Ukrainian history working at the University of Alberta,” explains Dr. Himka on the Amazon page for his recent book on Ukrainian Nationalists and the Holocaust which will be the topic of his upcoming lecture. “Having been at it for quite a few decades, I’ve written about different topics. Three of my books were about Galicia under the Habsburgs in the late nineteenth century. My favorite book came out in 2009: “Last Judgment Iconography in the Carpathians.” It took me ten years to write, and it’s pretty original. Lots of religion and religious lore run through my writings. But now I am working on a book on the Ukrainian nationalists and the Holocaust. It gets me into hot water with my community but someone has to say these things.” 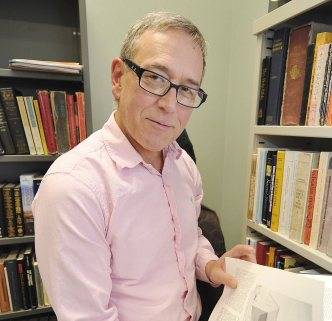 In the book’s Introduction, the author describes the parameters of his study. “One quarter of all Holocaust victims lived on the territory that now forms Ukraine, yet the Holocaust there has not received due attention. This book delineates the participation of the Organization of Ukrainian Nationalists (OUN) and its armed force, the Ukrainian Insurgent Army (Ukrainska povstanska armiia―UPA), in the destruction of the Jewish population of Ukraine under German occupation in 1941–44. The extent of OUN’s and UPA’s culpability in the Holocaust has been a controversial issue in Ukraine and within the Ukrainian diaspora as well as in Jewish communities and Israel. Occasionally, the controversy has broken into the press of North America, the EU, and Israel.”

Dr. Himka continues, “Triangulating sources from Jewish survivors, Soviet investigations, German documentation, documents produced by OUN itself, and memoirs of OUN activists, it has been possible to establish that: OUN militias were key actors in the anti-Jewish violence of summer 1941; OUN recruited for and infiltrated police formations that provided indispensable manpower for the Germans’ mobile killing units; and in 1943, thousands of these policemen deserted from German service to join the OUN-led nationalist insurgency, during which UPA killed Jews who had managed to survive the major liquidations of 1942.”

Dr. Himka’s lecture is sure to be a fascinating discussion of his research. It is a free event, open to the public. Register by visiting ualberta.ca/wirth-institute/jsw2021.

Be the first to comment on "U of A Jewish Studies Week Lecture: Ukrainian Nationalists and the Holocaust"