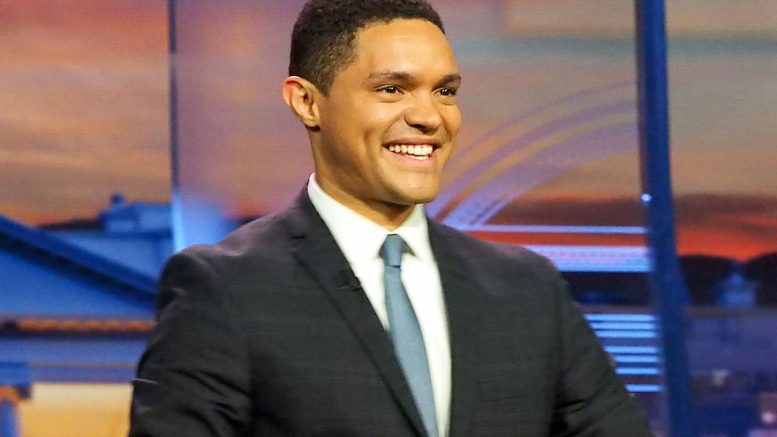 (JTA) – As “The Daily Show” looks ahead to a future without host Trevor Noah, at least three Jewish comedians are waiting to take his place — at least temporarily.

Al Franken, Sarah Silverman and Chelsea Handler are among the extensive list of guest hosts Comedy Central has lined up to hold down the fort in 2023 following the Dec. 8 departure of Noah, who had taken over the show in 2015 after longtime Jewish host Jon Stewart called it quits. Noah, raised in South Africa, himself had a bar mitzvah and was raised by a single mom who converted to Judaism, although he got in trouble when he assumed the gig for tweets that were seen by some as antisemitic.

The Jewish hosts won’t be first out of the gate in the new year — that honor goes to former “Saturday Night Light” cast member Leslie Jones. But the Jewish comics waiting in the wings are no strangers to political humor. Franken enjoyed a long “SNL” career and brief stint as a progressive talk-radio host before becoming a U.S. senator in 2009. Silverman, in addition to her own time on “SNL”, hosted a Hulu talk show, “I Love You, America,” from 2017 to 2019. Handler, whose father was Jewish and who had a bat mitzvah, has hosted several talk shows on E! in addition to numerous other books and stand-up appearances.

The announcement of Franken as a guest host was particularly notable as he has only recently moved to re-enter the comedy world after reluctantly stepping down from the Senate in 2018 following multiple allegations of sexual misconduct. Silverman, meanwhile, has been an active Internet presence in the last few years through her podcast and social media accounts, and helped to popularize the controversial term “Jewface” to describe non-Jewish actors being cast in Jewish roles.

Handler has courted controversy numerous times throughout her career, including favorably sharing a video of antisemitic Nation of Islam leader Louis Farrakhan at the height of the Black Lives Matter protests before later apologizing.

While plans for a permanent Noah replacement remain up in the air, the show likely wouldn’t announce one until at least the second half of 2023, reports say. There’s a chance producers could draw from the show’s current well of (non-Jewish) correspondents rather than its rotating guest hosts. Other guest hosts scheduled to take turns anchoring the show include Hasan Minhaj, Wanda Sykes, John Leguizamo and Marlon Wayans.

Late-night TV currently has a dearth of Jewish hosts, with the strongest Jewish connections coming from NBC’s Seth Meyers (whose wife is Jewish) and HBO’s Bill Maher (whose mother was Jewish, but hid the information from him until he was a teenager; he currently identifies as an atheist). Stewart, meanwhile, now hosts the comedic newsmagazine “The Problem With Jon Stewart” on Apple TV+.

Be the first to comment on "Trevor Noah has hosted his last ‘Daily Show.’ Al Franken, Sarah Silverman will soon sit in the chair."