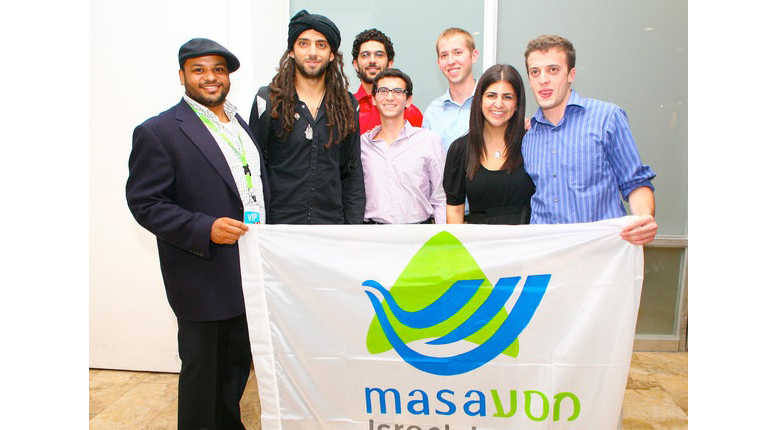 (Israel) – Masa Israel Journey welcomes 14,000 new Fellows from around the world for the 2022-2023 programming year— the largest number of Fellows in Masa’s history.

Masa Israel Journey — the global leader in facilitating long-term programs in Israel for Jewish young adults, founded in 2004 by the Israeli Prime Minister’s Office and The Jewish Agency — hosted their annual opening event this week, where 3,500 guests gathered to mark Masa’s 19th year, in the event themed “Live Your Journey.” The event included  Masa Fellows, alumni from all over the globe, community members, the Jewish Agency for Israel’s Board of Governors, and government officials.

This programming year, Masa expects to welcome 14,000 Fellows—more Jewish young adults than ever before—from around the world for gap years, internships, study abroad programs, volunteering, and career development immersive programs. These young adults, most of whom are already in Israel, will gain a meaningful opportunity to work, learn, and expand their networks while strengthening their Jewish identities and living like locals in Israel.

“We are thrilled to mark Masa’s 19th year of programming and welcome our 2022-2023 Fellows,” Masa CEO Ofer Gutman said at the event. “Jewish young adults from all over the world will gain an unmatched experience while living like locals and contributing to Israeli society. We wish our Fellows a year filled with growth and success as they embark on their own unique journeys.”

“At this time in history where the challenges of our time tend to blind us to our great accomplishments, the greatest of which is the creation of the State of Israel, I see you, Masa Fellows, as being a big part of our ongoing achievement, where we succeed to bring Israel closer to the Jewish people, to pass on the deep connection they have with their Judaism and the Jewish people, and with this profound connection lead their communities into a thriving Jewish future,” said Chairman of the Executive of the Jewish Agency for Israel, Major General (Res.) Doron Almog.

Masa’s programs support Jewish young adults to live in Israel like locals and engage in Israeli culture and Jewish life. In September, Masa released a report based on a study conducted by Impact:NPO revealing that long-term, immersive programs in Israel can transform young Jewish adults, even those who are largely unengaged from Jewish life, into deeply integrated community members whose impacts are felt locally and internationally. Findings from the study demonstrate that Masa alumni are over twice as likely to feel strongly connected to Jews around the world than individuals who have never been to Israel. Eight-in-10 long-term Masa alumni agreed strongly with the statement, “Being Jewish is an important part of my life.” And, one in five Masa alumni who are employed full-time work for a Jewish organization.

Among the 2022-23 Masa Fellows is Brandon Roberts from Wisconsin. Adopted by Christian parents, Brandon felt an inexplicable connection to Judaism from a young age. Upon learning at age 20 that his biological father is Jewish, Brandon finally understood his feelings toward Judaism. “My entire life I felt connected to the Jewish people and Israel, even though I wasn’t raised as a Jew. Now, living in Israel as a Masa Fellow, I am finally able to take a journey back to my Jewish roots. I am strengthening my relationship with Judaism and the Jewish people each day, and I’m excited to play a part in contributing to Israel and leave my mark here.” Brandon is a Masa Career Fellow with Yahel social change. As part of his internship, he works with underprivileged communities and HAIS, a Ukrainian outreach organization, in Rishon Lezion.

Masa Fellows continue to represent a wide range of countries, such as the United States, Ukraine, Russia, Brazil, France, the United Kingdom, Mexico, Argentina, Canada, Belarus, Australia, and Uruguay and even Turkey.

About Masa Israel Journey: Masa Israel Journey is the largest immersive, long-term educational experience for young adults ages 16-35. On its programs that range from two months to a year, Masa offers an authentic, unmediated, and challenging journey into Israeli society, culture, politics, and history – and acts as the largest pipeline for the Jewish Diaspora to access the finest Israeli businesses, social enterprises, and academic institutions. Since its 2004 founding by the Israeli Prime Minister’s Office and The Jewish Agency, Masa has served over 180,000 young people from more than 60 countries.