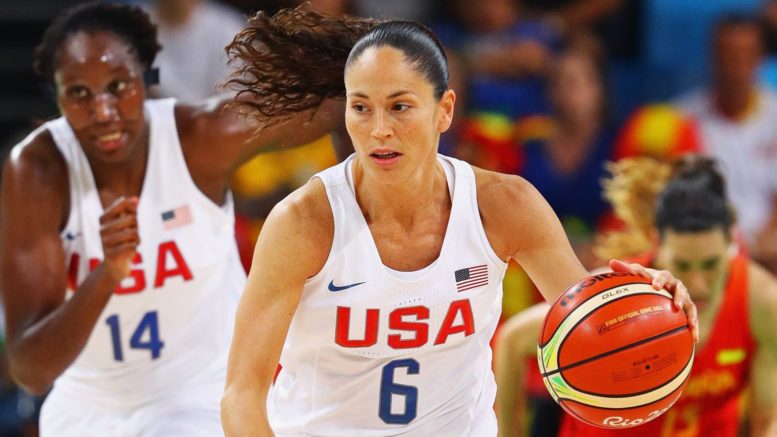 (JTA) — Jewish basketball star Sue Bird will be one of Team USA’s two flag bearers at the Tokyo Olympics’ opening ceremony on Friday.

Bird, one of many Jewish athletes going for gold this summer, will be competing in her fifth Olympic games this summer. The 12-time WNBA All-Star has won gold at the last four Olympics with the U.S. Women’s Basketball Team.

“I think that’s the best part, to be honest, to have your peers be the one to see your career and pick you to be the one to lead us in,” Bird told the Today Show on Wednesday. The flag bearer, and the opening ceremony, has “always been” Bird’s favorite Olympics moment, “outside of winning, obviously,” she joked. “So, to actually be named [flag bearer] now is mind-blowing.”

Bird — whose paternal grandparents immigrated to the U.S. from what is now Ukraine in the early 1900s and changed their surname from “Boorda” to “Bird” — also holds Israeli citizenship.

For the first time in Olympic history, Team USA will have two flag bearers — the honor was also given to Eddy Alvarez, a former speed skating medalist who is now a baseball player in the Miami Marlins’ organization. Bird and Alvarez will wear special “air conditioned jackets,” designed by Jewish fashion icon Ralph Lauren. (The Tokyo Olympics are set to be one of the hottest on record.)

When Bird first found out about the honor, her whole family was sleeping thanks to the 13-hour time difference in Tokyo. And when she told her fiancé — soccer superstar Megan Rapinoe, also competing in the Olympics — Rapinoe said already knew.

The Opening Ceremony will air live on Friday, starting at 6:55 a.m. ET, and replay in primetime, starting at 7 p.m. ET.