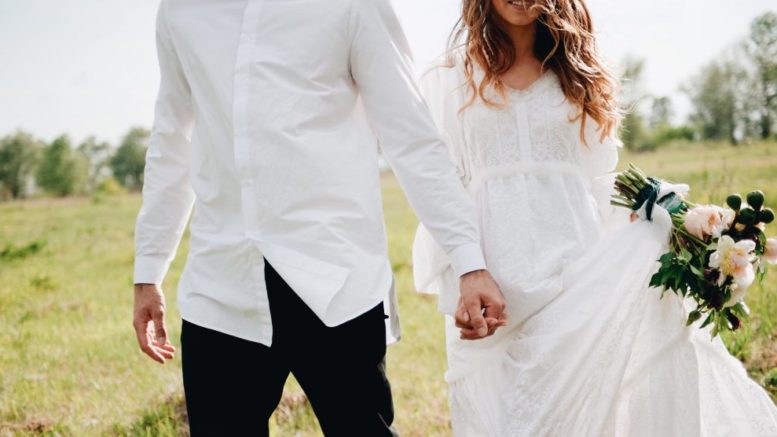 When you assume a woman only converted to get married, you are forsaking the mitzvah of welcoming the stranger, writes a Jewish Orthodox convert. (Olga Efimova/EyeEm)

LOS ANGELES (JTA) — Whenever a celebrity decides to convert to Judaism, headlines like this abound:

“Zooey Deschanel joins these other stars who changed their religion for love.”

“Converting for Love (Like Natalie Portman’s Husband)? The Talmud Forbids It.”

Written in this way, these headlines — and the articles that follow — perpetuate the idea that people, especially women, convert to Judaism in order to get married. This framing puts conversion on the same level as, say, a prenup, or, in a more cynical light, an ultimatum.

There are some people who convert to Judaism for marriage — maybe at the demand of an in-law or even a partner — but I’ve never met a convert like this.

Converting to Judaism is complicated. It requires a complete overhaul of your belief system, along with rigorous study, the giving up of familiar rituals and sometimes familial relationships, and an acknowledgment of the fact that you are joining a people who have been hated, for no logical reason, ever since they came into existence.

I would know because I am a convert. And, like most converts, I didn’t convert for marriage. I converted for myself.

My now-husband Daniel introduced me to traditional Judaism when we met nine years ago. He took me to a Chabad house for a Friday night dinner, and from there, I was so intrigued that I ended up going to Jewish classes and decided to convert through an Orthodox beit din.

For the next five years, I kept learning, took on a kosher diet, started celebrating Shabbat and the holidays, and slowly increased my observance. I was an atheist with absolutely no religious background prior to this, so it wasn’t an easy adjustment at times.

But I kept on pushing through, because when I went to Friday night dinners, I felt a part of the Jewish people. When I read the Torah, I felt a sense of calm wash over me. When I learned the laws, they made sense. When I saw other observant married couples, I knew this was the life I wanted.

Throughout my process, people would ask me, “Are you converting for Daniel?”

The beit din assesses your sincerity when you’re converting. I had to meet with my rabbi several times, over the course of several years, before he determined I was ready to go to the mikvah, or Jewish ritual bath. When I was at the mikvah, he asked me if I was prepared to take on all the mitzvot (commandments) to the best of my ability. He asked me if I was aware that the Jewish people are so widely hated.

“What would you do if there was another Holocaust?” he said. I told him, “I’d go with my people.”

Even though it is offensive, I can understand why some would question converts. The history of the Jewish people is so rife with tragedy that it can lead people to be pessimistic or skeptical. However, those who convert for disingenuous reasons are not truly converts.

If you are not sincere when you go to the mikvah, your conversion is automatically invalid. This was a famous ruling from Rabbi Yitzchak Schmelkes, who wrote in 1876, “If he undergoes conversion and accepts upon himself the yoke of the commandments, while in his heart he does not intend to perform them — it is the heart that G-d wants and [therefore] he has not become a proselyte.”

The Torah clearly tells us to love converts and to not make them feel like they are strangers, like we were in Egypt. When you accuse someone of converting for somebody or for marriage, you are diminishing their devotion and labeling them as an “other.” You are not welcoming them in with open arms.

If you look at what Karlie Kloss has said about converting, it’s beautiful, and I could not have said it better myself: “It wasn’t enough to just love Josh and make this decision for him … This is my life and I am an independent, strong woman. It was only after many years of studying and talking with my family and friends and soul searching that I made the decision to fully embrace Judaism in my life and start planning for a future with the man I chose to marry.”

While falling in love can be the catalyst for this lifestyle, ultimately, it is up to the convert to continue on with it. And while they’re taking the steps, and certainly once they have taken them, it is up to us to make them feel welcome and at home.

I am very open about being a convert, and thankfully, most of the people I’ve encountered in my community have been not only welcoming to me, but have treated me like I’m part of their families.

There are times when I do feel like the other, like when I go to a wedding and I don’t know any of the Israeli songs people are singing along to, or I can’t find an English siddur in a shul. But I just stop and remind myself how little time I’ve been a Jew in comparison to everyone else. I still have a long way to go and a lot to learn.

When it comes to how we talk about converts, we have a long way to go as well. Instead of talking about conversions in the context of marriage, and instead of judging, let’s be openhearted. Converts strengthen the Jewish people. They love us. And we should love them, too.