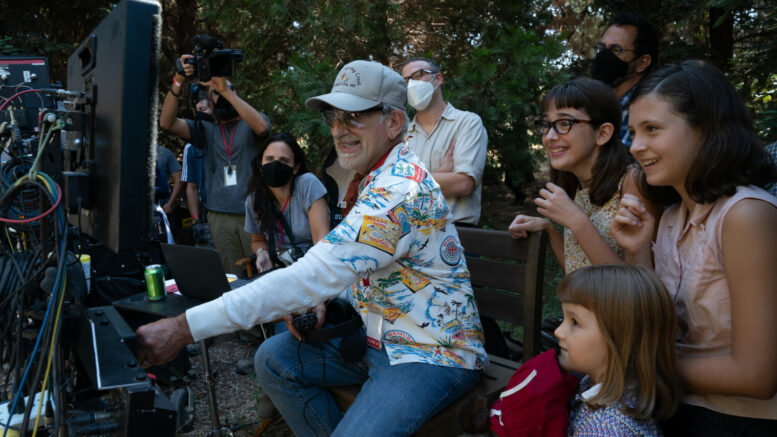 A remake of a movie once targeted by the Nazis, a blockbuster embroiled in a lawsuit with an Israeli family and a documentary by the program director of the San Francisco Jewish Film Festival also got recognized in a list jam-packed with Jewish characters, stories and artists.

The film also scored acting nods for Judd Hirsch, who is Jewish, and Michelle Williams, who recently said she is planning to raise her two children with Judaism.

“The Fabelmans” was the best picture nominee with the strongest Jewish themes, but it wasn’t the only one. The psychological drama “Tár,” starring Cate Blanchett as a problematic conductor, picked up six nominations, including for picture, actress and director; the film weaves Jewish mysticism into its storytelling.

“All Quiet On The Western Front,” Netflix’s new German-language adaptation of the classic 1929 novel about the horrors experienced by German soldiers during World War I, was also nominated for nine Oscars, including best picture, international feature and adapted screenplay. The film’s source material was once banned and burned by the ascending Nazi Party, which believed its anti-war stance made the German military look weak and constituted a threat to their plans for world domination.

When the book’s initial 1930 film adaptation, directed by Jewish filmmaker Lewis Milestone, was released in Germany, Nazis led by Joseph Goebbels set off stink bombs, released mice into the theaters and called the movie a “Judenfilm” (or “Jewish film”). Germany and Austria banned the film from being shown in their countries, and the public censorship campaign led the novel’s author, Erich Maria Remarque, to renounce his German citizenship (Nazis were erroneously labeling him as a Jew).

In response, Jewish studio head Carl Laemmle Sr., agreed to heavily edit the movie and remove material deemed objectionable to the Nazis in order to improve its commercial prospects in Germany. One possible silver lining for the remake’s producers: The 1930 film went on to win best picture that year.

Back to this year’s Oscars: “Top Gun: Maverick,” the action blockbuster sequel, picked up four nominations, including for best picture. The film’s distributor, Paramount, is currently embroiled in a copyright lawsuit with the family of Israeli journalist Ehud Yonay, whose magazine article about a Navy fighter pilot school was the basis for the original “Top Gun” in 1986. In November, a judge dismissed Paramount’s attempts to throw out the suit and ruled the Yonay family could proceed with their claims.

The writer, director and actress Sarah Polley also scored a nomination for best adapted screenplay for her drama “Women Talking,” about a group of abused women in an isolated Mennonite community, which was also nominated for best picture. Polley has a Jewish biological father, whose secret parentage she explored in her 2013 documentary “Stories We Tell.”

In the performing categories, one actor was nominated for playing a real-life Jewish convert: Ana de Armas received a best actress nomination for her portrayal of Marilyn Monroe in Netflix’s “Blonde.” Monroe converted to Judaism in the 1950s and remained devoted to the religion even after divorcing her husband, Jewish playwright Arthur Miller.

Also, veteran actress Jamie Lee Curtis — whose father, Golden Age Hollywood actor Tony Curtis, was Jewish — picked up her first-ever Oscar nomination for her supporting role as a sinister tax officer in the multiverse sci-fi comedy “Everything Everywhere All At Once.”

Curtis is nominated in the category alongside her co-star Stephanie Hsu, who is also known to fans of the very Jewish TV series “The Marvelous Mrs. Maisel” as Mei Lin, a Chinese restaurant owner who gets together with co-lead Joel Maisel. Early buzz on the upcoming fifth season of “Maisel” says that Hsu’s character will convert to Judaism.

Another “Everything Everywhere” co-star, Jewish actress Jenny Slate, helped a different film score an Oscar nomination in the best animated feature category: the stop-motion mockumentary “Marcel The Shell With Shoes On.” Slate co-wrote the feature with her ex-husband Dean Fleischer-Camp, who directs; Slate also voices the lead role of Marcel. However, she is not one of the nominated producers on the film.

“All The Beauty And The Bloodshed,” a portrait of the outsider artist Nan Goldin and her years-long activism campaign against opioid manufacturers the Sackler family, was nominated in the best documentary feature category and is favored to win. The film documents how Goldin was born to Jewish parents but had an emotionally abusive family life and left home in her teens. The Sacklers are also Jewish.

The documentary short category saw the second nomination in a row for Jewish filmmaker Jay Rosenblatt, whose documentary “How Do You Measure A Year” chronicles many years of his daughter Ella’s birthdays. Rosenblatt is the program director of the San Francisco Jewish Film Festival.

Veteran Polish filmmaker Jerzy Skolimowski was also nominated in the international feature category for his drama “EO,” told from the perspective of a donkey. Skolimowski’s father was a member of the Polish Resistance and his mother hid a Jewish family in their house during World War II.

Jewish composer Justin Hurwitz, who won an Oscar for his work on “La La Land,” was nominated again for the score for “Babylon,” a follow-up production with that film’s director, Damien Chazelle.

And in the original song category, Jewish songwriter Diane Warren extended her nomination streak to 14 for the number “Applause,” from the feminist documentary “Tell It Like A Woman.” Warren has never won a competitive Oscar but did receive an honorary Academy Award last year.

Be the first to comment on "Spielberg’s ‘Fabelmans’ earns 7 Oscar nods, WWI epic with anti-Nazi past gets 9"