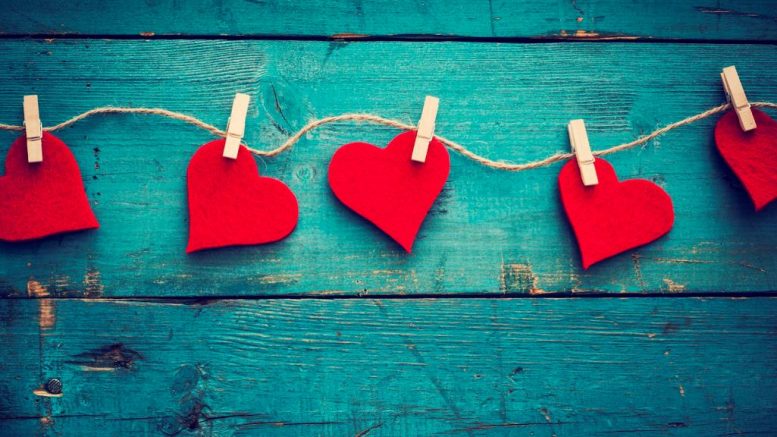 (My Jewish Learning) – There is nothing about the contemporary traditions of Valentine’s Day — cards, flowers, chocolate –that seems overtly religious. But the holiday’s full name of St. Valentine’s Day certainly implies that it has Christian roots.

Thus, the question of whether it’s appropriate for Jews to celebrate Valentine’s Day is reasonable. The answer would seemingly be tied to the true origins of the holiday and the history of the saint for whom it’s named.

St. Valentine and the Day’s Origins

Valentine’s Day was first instituted by Pope Gelasius I in 496 C.E. to commemorate the martyrdom of St. Valentine. Yet scholars know almost nothing about this St. Valentine. Most believe that Valentine lived in the late 3rd century C.E. However, the name Valentine (derived from the Latin word valeo meaning strong) was common in the ancient world. There are at least 30 mentions of the name in historical documents from this time period.

The stories associated with St. Valentine are not historical, but rather originate in a number of polemical legends written during the 6th and 7th centuries. According to these legends, Valentine was a priest who was arrested by the Emperor Claudius. Following a theological debate about the merits of Christianity, Valentine was sentenced to live with a noble by the name of Asterius in a form of house arrest. With the help of God and true faith, Valentine miraculously restored the sight of his master’s adopted daughter and, in doing so, converted Asterius and the 24 members of his house. When Emperor Claudius heard of this miracle and the subsequent conversions, he had Valentine killed.

Another legend from roughly the same time period, The Passion of the Bishop Valentine of Terni, is a longer and more complex version of the same story. These two renditions of the Valentine legend have a number of factual and stylistic problems that have led scholars to agree that they are not reliable sources of historical information. And the fact that these legends do not connect the martyrdom of St. Valentine and the themes of love and fertility have raised questions about the origins of the themes of Valentine’s Day.

Some have suggested that Valentine’s Day is a Christian reconstruction of a pagan fertility festival known as Lupercalia. However, in his paper St. Valentine, Chaucer and Spring in February, 20th-century literary scholar Jack B. Oruch debunks this theory, showing that it was based on a mistaken understanding of Church chronology put forth by the English antiquarian Alban Butler in 1756 and propagated by other scholars in the 19th century.

Academics aren’t the only ones who have recognized the dubious historical basis for Valentine’s Day. Vatican II, the landmark set of reforms adopted by the Catholic Church in 1969, removed Valentine’s Day from the Catholic church’s calendar, asserting that “though the memorial of St. Valentine is ancient… apart from his name nothing is known…. Except that he was buried on the Via Flaminia on 14 February.”

A number of halachic rulings have been written in response to questions of whether or not Jewish law allows for the celebration of non-Jewish holidays such as Valentine’s Day. The most relevant is from the Rama (Rabbi Moshe Isserles, Poland, 1520-1572) who explains that there are four criteria that must be met in order to permit Jewish celebration of rituals initiated by Gentiles (Rama Y.D. 178:1 as interpreted by Rabbi Michael Broyde).

In the case of Valentine’s Day, one may certainly argue that the rituals performed today do meet these criteria. Sending cards and chocolates and giving gifts can be explained as rational expressions of love and appreciation independent of possible Christian roots. In addition, these Christian roots have been questioned by scholars, as well as the Catholic church.

The academic work of Oruch and other scholars further proves that Valentine’s Day is not derived from the pagan holiday Lupercalia. Finally, the desire to express love and to offer gifts as a symbol of those feeling is certainly in line with Jewish tradition and values. The idea of a special day set aside to encourage coupledom is also well rooted in the Jewish tradition: Tu B’Av, the 15th day of the Jewish month of Av, was an ancient day of matchmaking that has experienced something of a revival in modern times.

While it does not represent every opinion in Jewish literature, the source from the Rama does provide the most salient criteria for making this decision according to Jewish law and it is the basis upon which many rabbis allow Jewish participation in Valentine’s Day rituals.

Be the first to comment on "Should Jews Celebrate Valentine’s Day?"