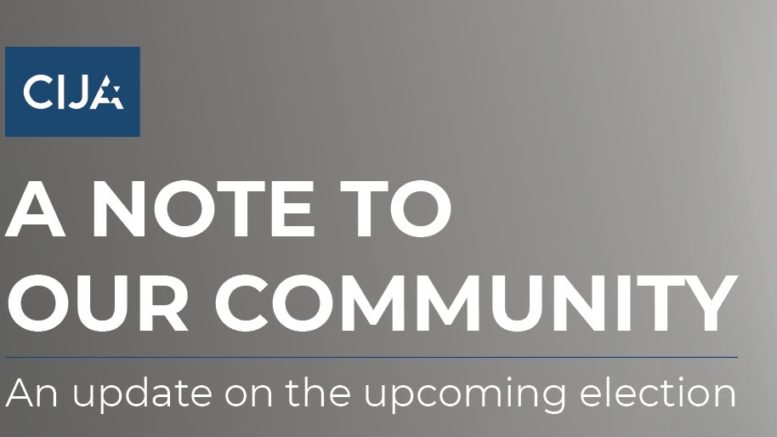 CIJA’s purpose is to protect, preserve, and promote Jewish life in Canada through advocacy. This includes protecting the democratic rights of Jewish Canadians.

This year’s federal election is scheduled to take place on the holy day of Shmini Atzeret. For many in our community, particularly observant Jews, this means one cannot vote on election day.

This is why, for the past 11 months, CIJA has been working constructively with Elections Canada to ensure that our community can participate in the election to the fullest extent possible.

We have also consulted broadly with various rabbinic authorities – including those affiliated with the Orthodox and Conservative communities – as well as legal experts with specialization in constitutional and democratic governance issues. 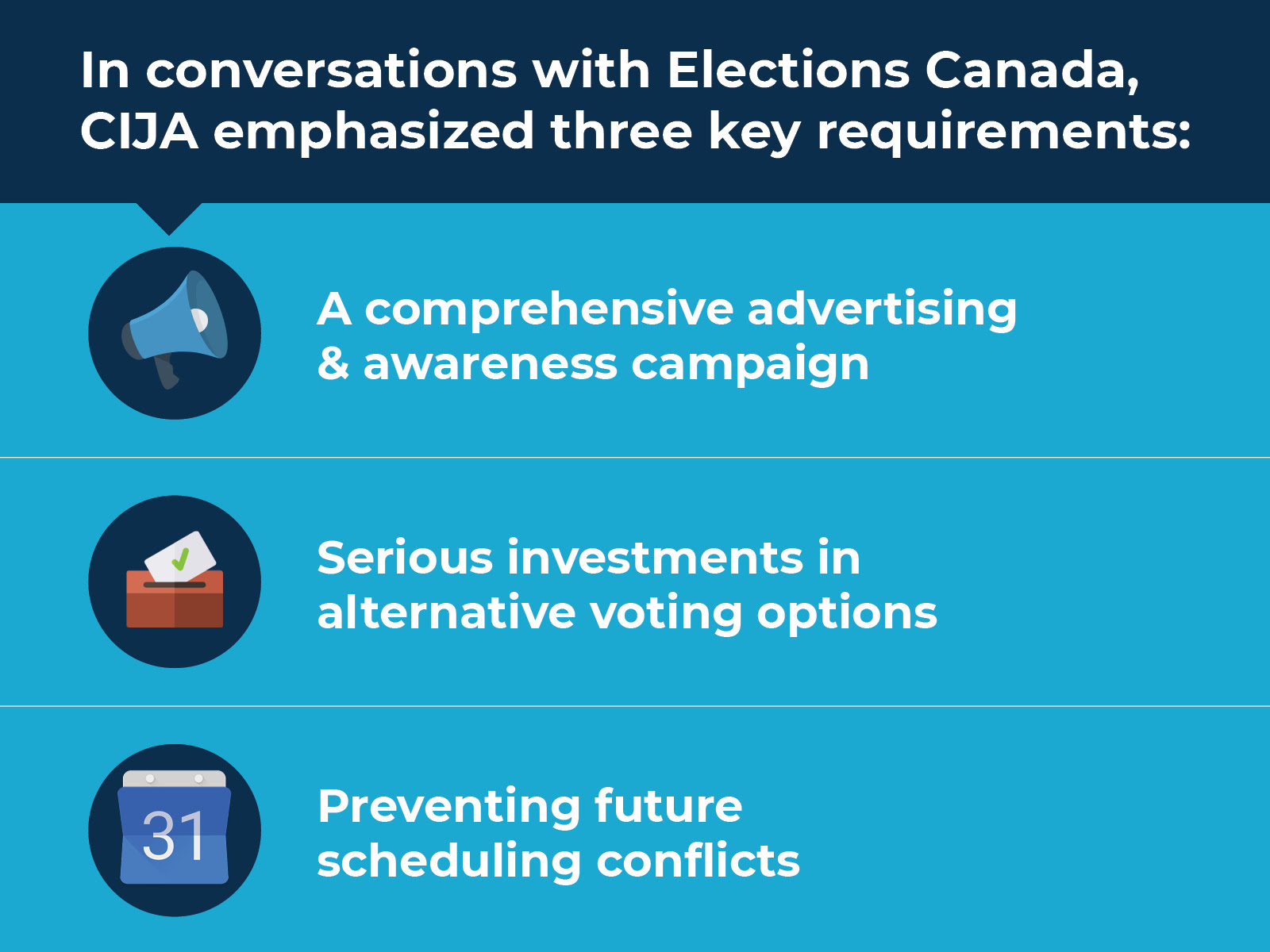 This process has raised an important question: What is the reasonable approach when it comes to accommodating religious minorities?

I am observant and I am Orthodox, though I have never liked denominational labels. They can blur the fact that the Jewish people are one people, and a Jew is a Jew – period. Like many Jews, it is a common (even daily) experience to find myself navigating practical accommodations to maintain observance.

Whether it’s university exam scheduling, accessing kosher food, or finding a place to rest on Shabbat while travelling, to be an observant Jew is to seek accommodations. While inconvenient, these accommodations enable observant Jews to participate in broader society while maintaining Jewish practice without compromise.

With very few exceptions, Canadian authorities provide alternative arrangements that make this balance possible. Elections Canada has strived to do so for this year’s federal election.

Would it be ideal for the election to be held on a date other than a chag? Of course. But to suggest that this means Jewish Canadians will be barred from exercising their voting rights is simply wrong.

Throughout our months of intensive conversations with Elections Canada, we have emphasized three key points to ensure every Jewish voter can easily cast their ballot:

The courts are currently considering a request to overturn Elections Canada’s decision to proceed with this year’s election date. The case involves the challenges faced by an Orthodox candidate, which are significant and would require an entirely separate letter to unpack.

As we await the court’s decision, one fact remains: There are sufficient alternative voting options available to ensure every observant Jew can exercise their democratic rights.

The challenge is for our community to be aware of those options and to actively seize these opportunities, just as we would other accommodations – be they seeking out kosher food or exam rescheduling.

We are closely monitoring the ongoing court case. Regardless of its outcome, we will continue our efforts to maximize Jewish participation in the election while working to prevent future scheduling issues.

Be the first to comment on "Shimon Koffler Fogel: An update for Jewish voters on the upcoming Federal election"