Temple B'nai Tikvah and Kehilat Shalom are jointly hosting an online presentation by Sharsheret on July 7 at 7 pm (Contact n_drexler@shaw.ca or info@kscalgary.org) 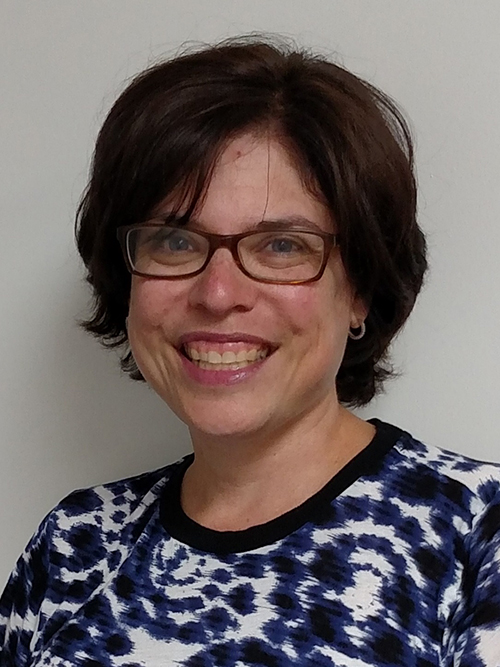 Melissa Rosen is Director of Training and Education at Sharsheret.

(AJNews) – One in 40 Ashkenazi Jews carry a BRCA gene mutation, nearly 10 times the rate of the general population, making Jewish families significantly more susceptible to hereditary breast cancer and ovarian cancers, says Melissa Rosen, Director of Training and Education at Sharsheret, a US-based non-profit organization that supports Jewish women and their families in their cancer journeys. This painful aspect of our heritage arises from the fact that our forebears lived in insular communities, sometimes by choice, sometimes as a result of antisemitism.

We need to be vigilant and proactive since the likelihood of mutations on our BRCA genes, and resultant cancer diagnoses are elevated, Rosen says.

“Sharsheret is the Hebrew word for chain . . . we are all links in the chain of support when it comes to cancer,” adds Rosen.

The organization provides information and support to those living with breast and ovarian cancer and those at heightened risk due to family history or a known mutation.

One of the questions Rosen most often fields is why there is a need for a Jewish organization to do this when cancer support organizations abound.

“Study after study has indicated that patients whose non-medical needs are met – needs such as not only finances and childcare, but also spiritual and cultural concerns – have better long term physical outcomes,” says Rosen.

Sharsheret can speak knowledgeably on Jewish religious and cultural concerns. For example, sometimes people have questions about the permissibility of tattooing for radiation therapy.

It is helpful for Jewish women undergoing radiation treatments or breast reconstruction surgery to be able to turn to an organization that understands the uniquely Jewish stigmas attached to tattoos because of Jewish law; the fact that Jews were forcibly tattooed by the Nazis during the Holocaust; and the ubiquitous though unfounded belief that those with tattoos cannot be buried in a Jewish cemetery.

“Sometimes people wonder how they could possibly celebrate the chagim – the holidays – or a family bar mitzvah despite their health and their mood,” says Rosen.

“In addition, a cancer diagnosis very often brings up people’s thoughts about their relationship to God. Some people take great comfort in that relationship. . . . Others may feel a crisis in their faith, so Sharsheret supports women, not only as cancer patients but as members of our Jewish community, and that is one hundred percent unique.”

“One in 800 people carry a mutation on one of their BRCA genes that would raise their risk for breast cancer,” Rosen says.

“In our community, that number is one in 40. And even though these diagnoses are only 10 to 15 percent of all breast and ovarian cancer diagnoses, if someone does carry one of these mutations, their lifetime risk of a diagnosis is significant, perhaps as much as 88 percent for breast cancer versus about 12 percent in the general community and approximately 44 percent for ovarian, which is contrasted with less than one and a half percent in the general community.”

Everyone has two BRCA genes, which Rosen characterizes as “the good guys,” since their purpose is “to supress excess cell growth and fix spontaneous mutations.”

“The problem is having a faulty BRCA gene,” Rosen says, adding that Ashkenazi Jews are more likely to have three very common mutations – known as founder mutations –  on their two BRCA genes.

A basic BRCA screening test can check the three very common locations for the mutations.

“Those who test negative for BRCA mutations and have a strong family history may opt to get a full panel,” says Rosen, adding that screening for BRCA mutations is often done first since they are more common in our community and carry greater risk.

“There is a subset of people with strong family history who test negative for all mutations.  In those cases, we suspect very strongly that there is a genetic component [although] the medical community has yet to identify the mutation,” Rosen adds.

Sharsheret encourages individuals in this situation to consider themselves “as if they are high-risk” and to work with a doctor to access as much screening as possible.

BRCA mutations are dominant mutations, notes Rosen, meaning only one parent has to carry the mutation to pass it down.

While recessive mutations, like those associated with Tay-Sachs disease, do not impact the carrier, a dominant mutation, like a BRCA mutation can lead to a diagnosis in the carrier.

Rosen warns women not to assume that they were screened for BRCA mutations by their doctors as a matter of course.

“That’s almost always not the case,” says Rosen, adding that instead of living in fear, Jewish women must be proactive in learning as much as possible about their family’s cancer history.

The Sharsheret website includes a fillable family tree where information should be noted for both sides of one’s family including any instances of cancer.  That is because it is now believed that other forms of cancer are linked to BRCA mutations.

“BRCA . . . can impact risk for breast, ovarian, pancreatic, melanoma and prostate cancers,” says Rosen, who emphasizes that men can get breast cancer too.

After collecting family history, individuals can consult their doctor or a genetic counsellor to discuss whether genetic screening is indicated.

“Learning what your status is can be a gift to your family,” Rosen says.

Rosen speaks from professional and deeply personal experience.  She is a two-time cancer survivor; her second diagnosis was breast cancer.

While they believed the breast cancer was caused by the treatment for her previous cancer, the doctor recommended BRCA screening because Rosen is Ashkenazi. While her screening confirmed she did not carry the mutation, medical histories on her father’s side of the family were a cause for concern. Rosen’s grandmother had pancreatic cancer, her aunt had breast cancer and her cousin had ovarian cancer.

“There was only a 50 percent chance that if my father carried the mutation I would have got it,” says Rosen.

Her dad gave the rest of his children peace of mind by undergoing a BRCA screening. All were relieved to learn he did not have the mutation.

Red flags that beg for screening include cancer in multiple generations, early onset of cancer, and breast cancer in male relatives.

“If you find any of these on your family tree or have additional concerns, you should absolutely speak with your doctor,” Rosen says.

Rosen says that some women opt against screening because they would never make the decision to remove healthy body parts.

While Sharsheret does not offer medical advice, the organization supports women in making informed choices.

“Only 10 to 15 percent of breast and ovarian cancers are hereditary. That means that 80, 85, maybe even 90 percent of the diagnoses are what are called random occurrences, caused by lifestyle or environment or simply bad luck,” Rosen says.

Even if one does not have a mutation, one should remain vigilant, says Rosen, adding that one in eight women will be diagnosed with cancer whether she carries a mutation or not.

Taking responsibility for our own health is critical, Rosen says, adding that we can reduce risk by eating well, moving more, and reducing stress.

These are “win-win behaviours” when it comes to cancer, heart disease, diabetes, dementia and more.  We can reduce the risk of cancer or, if diagnosed, speed our healing while reducing the chance of reoccurrence.

“Know what’s normal for your own body,” says Rosen. “If something seems wrong, see a doctor.”

Rosen urges women not to relegate themselves to the bottom of their to-do lists.

“How will our children, whether they are three or thirty-three, know to care for themselves unless they see you caring for yourself?”

Rosen exudes pride in the accomplishments of Sharsheret, which began as a peer support network in the tri-state area of New York, New Jersey and Connecticut, matching Jewish women with others sharing their diagnosis, stage of life and relationship to Judaism. Twenty years later, 35 staff members serve every US state and support women in Canada, Israel, the UK, Switzerland and Brazil.

“Our services were basically telehealth before telehealth became a thing,” Rosen says, citing a breathtaking array of supports including social workers, genetic counsellors and multiple programs to help women and families “navigate the cancer experience.”

Notably, Sharsheret offers a program for people facing breast and ovarian cancer while raising young children; a survivorship program focusing on healthy living after a diagnosis; and Best Face Forward – a  program devoted to helping women with the cosmetic side effects of treatment.

In an effort to keep barriers low, no fees are charged for Sharsheret programs.

Rosen trains health care providers, driving home the importance of culturally competent cancer care and the extent to which deeper understanding of a patient’s background leads to better treatment plans and outcomes.

Rosen encourages women living with cancer not to underestimate the emotional and psychosocial components of their journey and to include friends and rabbis on their care teams.

“Health care isn’t limited to your surgeon or oncologist,” says Rosen. It is everyone who helps to get you through.”

Thanks to the efforts of Calgarian Sandy Kogut, Sharsheret is now on the Alberta radar.  Kogut, who was diagnosed with breast cancer last October, says that her recovery has been supported and enhanced by Sharsheret.

“Within one phone call they were able to provide me with a social worker, a geneticist and a breast buddy, so I wasn’t alone.”

Kogut is paying it forward, having recently become a breast buddy to a young woman in Baltimore. She is working hard to spread the word so that other women and families get the support and information they need about cancers related to BRCA gene mutations and the critical importance of early detection.

For more information about Sharsheret programs and services, please go to www.sharsheret.org.

Melissa Rosen spoke to members of Beth Tzedec Congregation via Zoom on May 20.  She will speak at a virtual program for women hosted by House of Jacob-Mikveh Israel on Thursday, June 24 at 8:00pm (Contact malkahalpern@morahrockove@gmail.com). Temple B’nai Tikvah and Kehilat Shalom are jointly hosting an online presentation by Sharsheret on July 7 at 7:00pm (Contact n_drexler@shaw.ca or info@kscalgary.org)