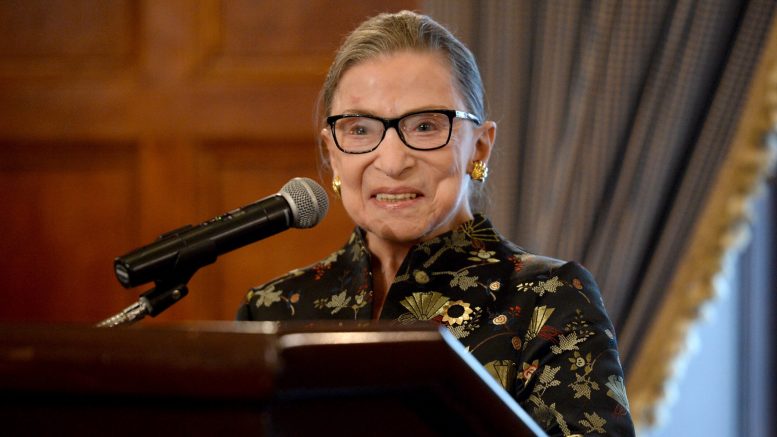 (JTA) — The late Jewish Supreme Court Justice Ruth Bader Ginsburg is getting her own statue in her native Brooklyn.

New York Gov. Andrew Cuomo named the members of a commission this week that would oversee the installation of a statue honoring Ginsburg, who died last month.

Cuomo said in a statement that the statue would be somewhere in Brooklyn, the New York City borough where she grew up.

“Her legacy as a jurist, professor, lawyer and scholar will endure for generations and we are honored to erect a permanent statue in memory of Justice Ginsburg,” Cuomo said. “Lord knows she deserves it.”

The New York Times reported Thursday that there are a number of other initiatives to honor Ginsburg, including a bronze statue to be erected next year at a Brooklyn development. New York City last month named a municipal building in Brooklyn for Ginsburg.

Among the 19 people Cuomo named to the commission are Ginsburg’s daughter and two granddaughters; Irin Carmon, the Jewish journalist and Ginsburg biographer who helped make popular Ginsburg’s late-in-life sobriquet, “Notorious RBG”; Nina Rotenberg, the Jewish NPR judiciary reporter who was a close friend of Ginsburg’s; and a number of her former clerks.