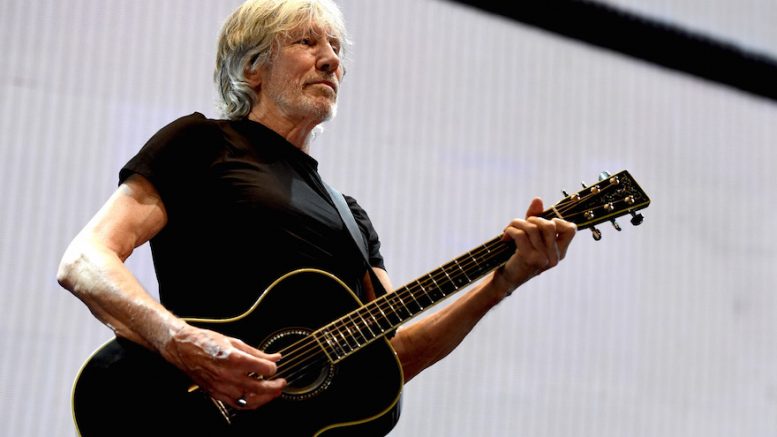 (JTA) — A German broadcaster has pulled its sponsorship for a Cologne concert by Roger Waters following protests led by a Jewish resident of the city.

Malca Goldstein-Wolf, who reportedly collected about 1,500 signatures on a petition, had accused WDR — a radio and TV broadcaster under the ARD Consortium of public broadcasters in Germany — of using public money in the form of a universal broadcasting tax to support “a hater of Jews.”

Waters, a supporter of the Boycott, Divestment and Sanctions movement, has expressed his virulent anti-Israel views in concerts by, for example, releasing balloons in the shape of pigs marked with the Star of David. The former Pink Floyd lead singer and the BDS movement have pressed others not to perform in Israel, with varying results.

The director of WDR, Tom Buhrow, said in an email to Goldstein-Wolf that he was moved by her petition and sensed that “words and arguments” would not convince her, but that “a clear action” would.

“Our cooperation for that concert is finished,” he told her.

WDR was to televise the concert and air it on the radio.

The announcement for the June concert was removed from the broadcaster’s website on Sunday, but it remains on the performer’s site. Waters has concerts in two other German cities planned for June.

The SWR broadcaster also has ceased publicizing a Mannheim concert on its website, and according to the Bild newspaper, the Bavarian broadcaster Bayerische Rundfunk plans to drop its support for a Waters concert in Munich.

The move follows increased publicity and pressure on German politicians to take a stand against the BDS movement. Mayors in Berlin, Frankfurt and Munich recently declared plans to stymie the boycott movement and other anti-Zionist activities in their cities.

Goldstein-Wolf told the Bild that she had “not been expecting this statement.”

She said she had been motivated out of frustration over “rising hatred of Jews. I’ve had enough.”

Waters had not responded to the WDR move on social media as of Monday afternoon.

Be the first to comment on "Roger Waters had a gig in Germany. A Jewish woman’s protest led the sponsor to drop out."