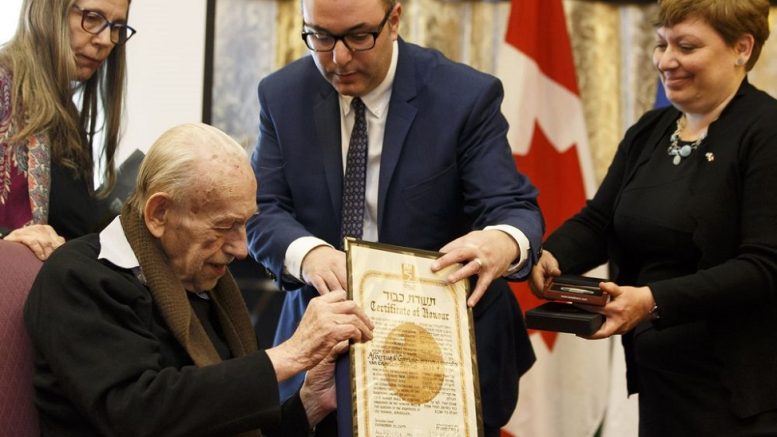 Hartgert van Engelen (left) receives the Righteous Among the Nations Award on behalf of his late parents Albertus and Gerrigje van Engelen from Consul General of Israel in Toronto and Western Canada Galit Baram (right) and Program and Development officer with Yad Vashem Josh Hacker alongside his daughter Claudia Kobayashi (left) at Beth Israel Synagogue in Edmonton, Alberta on Tuesday, Feb. 20, 2018. Photo by Ian Kucerak / Postmedia (posted on Yadvashem.ca)

(Edmonton) – The Canadian Society for Yad Vashem and the Consulate General of Israel in Toronto and Western Canada recognized the Righteous Among the Nations at a special ceremony on February 20, 2018, at Beth Israel Synagogue in Edmonton.

Mr. Hartgert van Engelen received a certificate of recognition and a medal on behalf of his parents Albertus and Gerrigje van Engelen, who rescued numerous Jews during the Holocaust.

The Nazis and their collaborators murdered 6 million Jews during the Holocaust. However, some Jews survived, saved by righteous gentiles (non-Jewish individuals). Albertus and Gerrigje van Engelen were two of these special individuals who stood against the Nazi regime despite the highest risk to their security and the security of their families.

Both the Van Engelen family and the families of survivors participated in this moving ceremony. 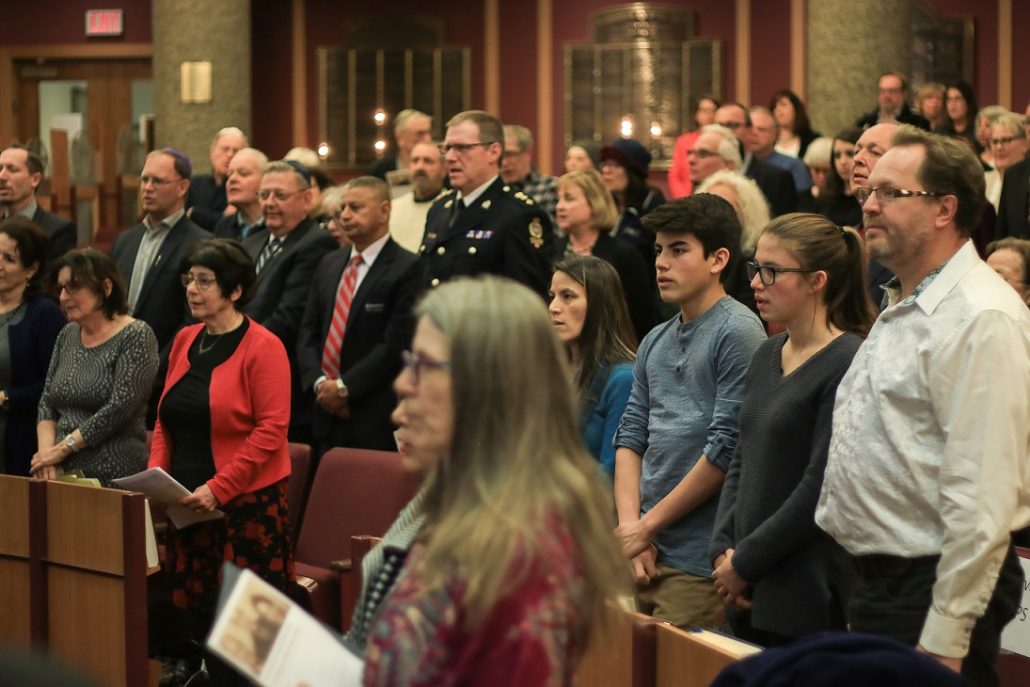 Over 200 people attended the moving ceremony at the Beth Israel Synagogue in Edmonton.

“My family did what any normal humans would do,” Hartgert van Engelen said, “we did our humanitarian duty,” he added.

“This is part of our family history, but it is also part of history that extends out to the greater community and is a celebration of the greater good of what we as humans are capable of,” emphasized Claudia Kobayashi, Albertus and Gerrigje van Engelen’s grand-daughter.

CSYV’s responsibility is to share with young Canadians the stories of Righteous Among the Nations such as the story of the Van Engelen family, as they demonstrate that some individuals are capable of exceptional courage.

The Story of Albertus and Gerrigje van Engelen

Albertus and Gerrigje van Engelen demonstrated rare courage and humanity during the Holocaust by hiding numerous Jews in their home in Soest, Netherlands, despite the risk to their safety and the safety of their loved ones. Among the Jews saved by the Van Engelen family were the Bremer family: Martin Bremer, his wife Beppie, their son Bob and Beppie’s brother Leo Karpe. Thanks to the Van Engelens, they avoided the fate of the 6 million Jews who perished in the Shoah.

Ilse Jacobsohn was another Jew saved by the Van Engelen family. Unfortunately, Ilse and her sister Eva were the only members of their family who survived the Holocaust. Their parents were murdered in Sobibor, where hundreds of thousands of victims of Nazi Germany perished. This ultimate assistance provided by the Van Engelen family during the Holocaust created a special bond between the Van Engelens and those they rescued, a bond that grew even stronger after the war, maintained by the descendants of the Righteous and the survivors’ families. 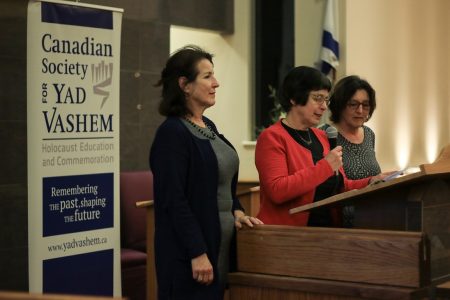 All three of Leo Karpes daughters were in attendance from Amsterdam at the Edmonton ceremony.

All three of Leo Karpe’s daughters came to Edmonton from Amsterdam to attend this unique ceremony. They would not exist without the Van Engelens.

“They took a very big risk because if they should be discovered by someone, they would have been killed — all three of them. My father was hidden there, that’s why he survived the war,” says Leo Karpe’s daughter. 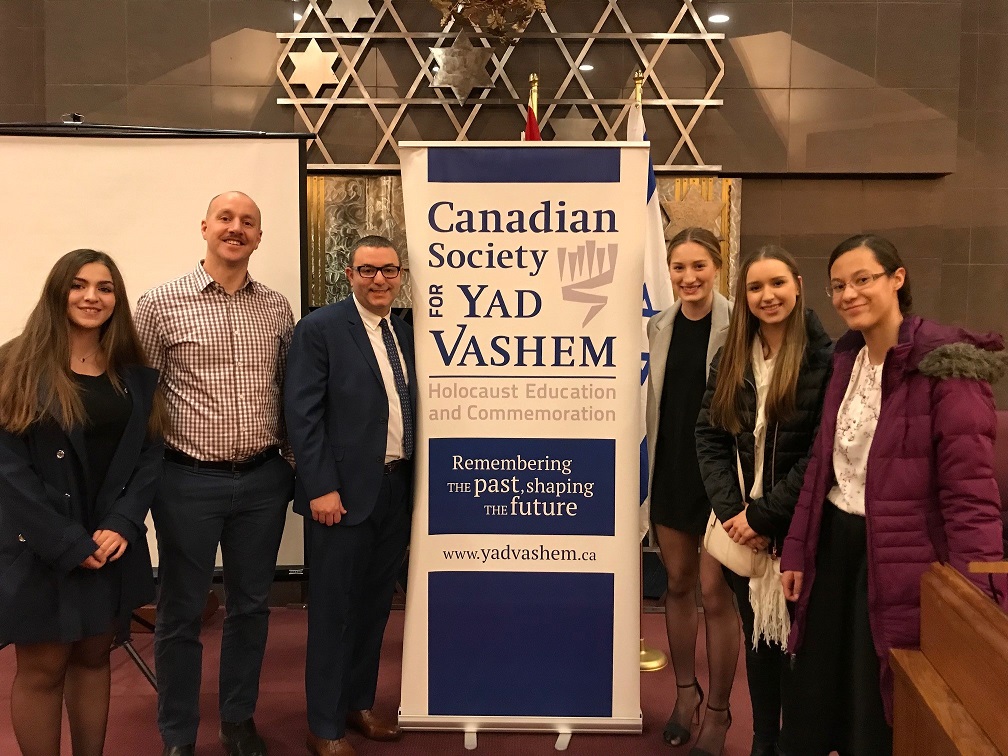 Brian Pendlebury, CSYV Holocaust Scholarship program recipient, attended the Righteous among the Nations ceremony with a group of students from Strathcona High School on February 20, 2018.

Righteous among the Nations

READ and WATCH more “Righteous Among the Nations” stories here.