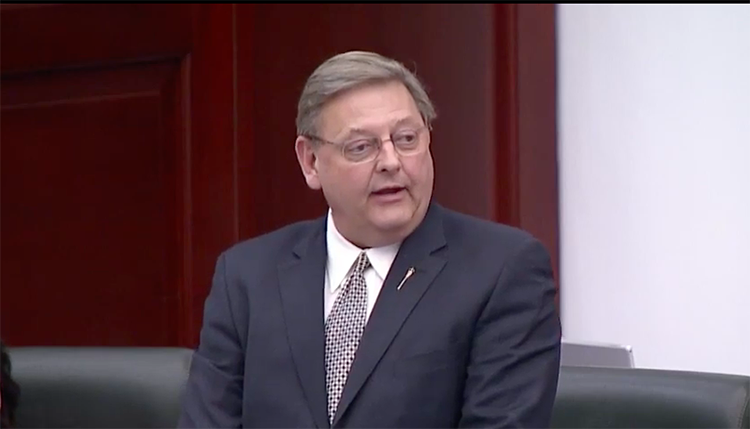 (AJNews) – A Chabad rabbi is trying to get kosher food served to Jewish inmates in Alberta’s carceral institutions, but says the provincial government isn’t taking his concerns seriously.

Rabbi Ari Drelich, Executive Director of Chabad Lubavitch of Edmonton says this issue has been on his radar for a while, but last time he tried to do anything about it the inmate in question was let out of the Edmonton Remand Centre.

In February 2020, he was prompted to bring the issue to the attention of then-justice minister Doug Schweitzer, but to no avail.

“There was an individual who was there for two years and did come from a religious background, and try as we may we were not able to secure kosher food for him,” said Drelich. “The time came that I felt, you know what, once and for all we have to make this situation right.”

Quebec, Manitoba, Ontario and British Columbia all offer kosher options for inmates, which Drelich says is a protected right under section 2 of the Canadian Charter of Rights and Freedoms, which guarantees freedom of religion.

He says Chabad has worked with carceral institutions on a case-by-case basis. “Although they were nice, and on the odd time accommodated us, unfortunately it was not something they were prepared to do on a regular basis,” Drelich said.

“When we tried contacting the government officials, they basically brushed it off. They’re not looking for more work.”

In response to an earlier human rights complaint, the ministry spoke to another rabbi about giving vegetarian and vegan options to kashrut-observant inmates.

“The rabbi found these options to be an acceptable alternative to traditional kosher meals. The independent Alberta Human Rights Commission has confirmed this acceptability as well,” said Thompson.

This was the same line touted by Schweitzer and his successor Kaycee Madu, whom Drelich also reached out to. Both said that if he thinks the government isn’t doing enough to secure kosher food for inmates, Drelich should launch a Charter challenge in court or complain to the Alberta Human Rights Commission.

Drelich says vegetarian and vegan meals may be “kosher-style” but they’re not kosher unless they’re cooked in a kosher kitchen.

“We don’t know who this mysterious rabbi that they engaged with, who told them that things are good the way they are,” he said. “No bonafide rabbi would say anything like that, because it’s not true.”

The ministry said they’re unable to identify the rabbi or their congregation due to privacy issues.

Since the government wasn’t listening, Drelich went to his local MLA, New Democrat Lorne Dach (Edmonton-McClung), who brought it up in the legislature.

Dach said Drelich’s goal is “to obtain a quick and simple resolution to what he considered to be a breach of Charter-protected religious rights” and that Drelich shouldn’t have to go through the costly and time-consuming legal process.

“For a government that prides itself on red tape reduction and good relations with our volunteer sector, this is a very counterproductive and disrespectful position for the minister to take in response to a very dignified and simple request,” Dach said during a late-March legislature session.

“He simply asked: may I have a short meeting to make my case? This can be solved without cost. Minister, please meet with Rabbi Drelich.”

Premier Jason Kenney said he was unaware of this situation and will look into it.