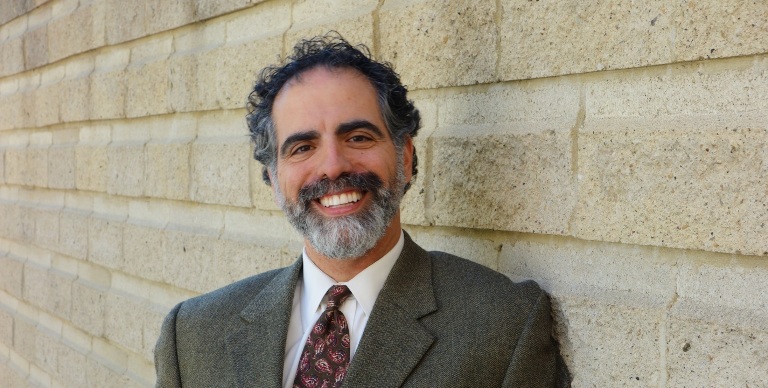 Rabbi Kliel Rose offered a Dvar Torah about Teshuvah at Beth Shalom Synagogue in Edmonton during the Kol Nidre (opening) service of Yom Kippur. The following is a significantly abbreviated version of his remarks.

Personally, there really have only been a few times in my life when I have felt the bite of anti-Semitism. Even in the face of these moments of experiencing hatred directed at me I never felt that my life was threatened, or that I was in any imminent danger.  I think that this is true for most Jews of my generation and more so for those who are younger.  And yet in the twenty-first century, we are still battling the same old foes of hatred, division, bigotry, and fear. Once again, Jews, and many other minority groups are being targeted.

Rarely do I offer sermons on anti-Semitism; I find that too often in the Jewish community it is used as a method of only viewing our own victimization and it blinds us from seeing the oppression of other minority groups. I deeply dislike how anti-Semitism has been used to guilt young Jews. One rabbi I know of has repeatedly told his congregation that “when a Jew marries a non-Jew it is worse than what Hitler did to the Jews of Europe in the Shoah.” I abhor that kind of vicious rhetoric on the choice of a life-partner made by good and decent people. To identify as a Jew should come as a result of the positives inherent in living a Jewish life and in the way in which it enables one to be a better human being in this world.

And yet, as I say all of this, we need to be vigilant about eradicating anti-Semitism and limiting its scope because it is not only wrong, it begets further hatred.

Throughout these holiest of days, our tradition implores of us to engage in soulful reflection. As Maimonides taught, “the truest sign of repentance is when you are faced with the same opportunity you once had, and you choose to do the right thing when facing the very same challenge again.”

In our history as a nation, it appears that we have not been following Maimonides’ advice very well. Indian Residential Schools are a stain on our nation’s history. We Canadians may have done away with those horrible institutions, but the majority of Indigenous communities have never really been free of racism, discrimination, unjust criminal laws, segregated housing, or lack of opportunity.

We Jews have had battles with anti-Semitism in the past, and still we are the target of hate, hence the horror when hearing the chant “Jews will not replace us,” during the recent torch burning marches in Charlottesville, Virginia.

He spoke of forced migration, broken treaty promises and family separations via residential schools and the vanishing Aboriginal women. “For Indigenous peoples in Canada, the experience was mostly one of humiliation, neglect and abuse,” he said.  “There are, today, children living on reserves in Canada who cannot safely drink, or bathe in, or even play in the water that comes out of their taps…And for far too many Indigenous women, life in Canada includes threats of violence so frequent and severe.”

The Prime Minister’s words are an exemplary form of teshuva (at least according to Maimonides). It is something we should be proud of but now it is time to act.

I am deeply concerned by what I have seen within the Jewish community. We have become so complacent that we can no longer see the obligation we have to pursue justice and serve as a light unto the nations.  Our community was once at the forefront of every social justice campaign in the 1970’s and 80’s in this country that sought to eliminate hatred and bigotry.

Where are we now?

In Hebrew, the word for ‘repentance’ is teshuvah. However, the word teshuvah does not mean ‘repentance.’ It means ‘returning.’ To repent, in one sense, means to return to your better self. Simply saying “I’m sorry” is a good start, but it needs more than that; it needs a follow-through.

In Deuteronomy we learn that G-d is always putting a choice before us: choose life or death, blessing or curse. How do we make certain that we choose life? People aren’t born to hate, people are taught to hate.

Have we, as a people, who have known the atrocities committed against us in the name of “eradicating the world of Jews” lent our support to the Indigenous people of this country? Can we really hear their cry?

As someone who grew up in this country there was very little personal interaction that Jewish youth had with Aboriginal teens.  That no longer needs to be the case for our own Jewish youth today. We know that if we can arrange it, these opportunities to dialogue can be truly eye-opening and powerful. It will also allow our youth (as well as adults) to think more clearly about how we Jews see ourselves as part of the Canadian establishment today, and ways in which we can reach out to our Indigenous fellow Canadians.

Just a few weeks ago Neo-Nazis marched in Virginia; we Jews countered the hate by marching with love. Hopefully, one day, those white nationalists will lay down their hatred and work towards healing.

We should never stop being on the watch for anti-Semitism, but neither can we be paralyzed by our own victimization. There is still so much more that needs to be done to bring our Aboriginal communities back to a sense of respect and integrity.

May we all merit witnessing true reconciliation for our Aboriginal brothers and sisters.  And may we in the Jewish community help lead the way, so that we can justly serve as a shining light unto the Aboriginal nations and all of our fellow Canadian citizens. May it happen speedily in our days.

Be the first to comment on "Rabbi Kliel Rose: Teshuvah is more than just saying sorry"