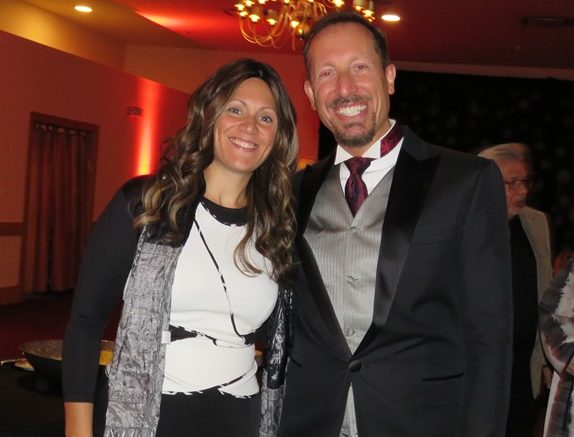 (EJNews) – Many of you read my op-ed piece in the Edmonton Journal about how I was going to wear a shvimkleid – the modest garment worn by Orthodox women – to my first triathlon and how it became an issue of religious tolerance.  I received quite a few inquiries about how it went and so I wanted to update everyone on what transpired.

On the Friday before the race we were invited to participate in a water familiarisation, which meant that we could take a swim in the Hawrelak Park pond. Although there was still green and blue algae they informed us that it was safe to swim.  There were quite a few of us ready and excited to take the plunge.  The temperature of the water was quite nice, although I was wearing a wet shirt and of course my shvimkleid.  That notwithstanding, when I exited the pond, I suddenly felt cold and ill.  Thank G-d, my dear husband was able to quickly nurse me back to good health, with a shot of scotch and a hot bath!

To be honest I wasn’t looking forward to getting back into the pond, but after a couple of days of mental prep, I was ready to tackle it again Sunday morning – only to be told, half an hour before the race, that the swim section was cancelled due to the freezing temperatures.  The triathlon had now become a duathlon – run, bike, run. You can imagine how I felt.  I had mentally and physically prepared myself to do this and now I wouldn’t be able to.  Yes, I was disappointed to hear the news, but I wasn’t about to quit now.

I did it . . . albeit without the swim (so now I am challenging myself to do another).  It was an awesome race – I call it a race but for me it wasn’t about my time, it was about completing it.  I enjoyed every moment especially the cheering volunteer who called to me, “I love that you’re running in a skirt!” or another who shouted out, “You’re my favourite runner!” They sure gave me the strength to carry on (or do you think they just said that to everyone who ran past?)  I had awesome supporters and I especially want to thank those members of the community who came out to see me in action. I am humbled and grateful to them. It meant a lot to me.

But none of this support is surprising to us in Canada. We pride ourselves here on our religious tolerance.  As evidenced from the burkini fiasco in France this past August, we shouldn’t take it for granted.

While I presented the issue in the Edmonton Journal as one of religious tolerance, here’s the real problem.  Not only are these women being made to feel like strangers, but these insensitive secularistic policies are effectively confining them to their homes.  If they can’t wear the burkini in public, then the only place that they can go swimming is in the privacy of their backyard pool.

And so, ultimately who wins?  The ISIS terrorists who believe that a woman’s place is in the home and she should never be seen in public.

These families came to the West for a better life.  A life where religious police wouldn’t tell them how to dress and where to hang out.   But instead of the freedom to just be whomever they want to be, they find themselves yet again being dictated to by religiously intolerant bullies with preconceived notions of the relationship between religious adherence and worldly engagement.

In North American society, thank G-d, you can be religious and enjoy life.  Everyone’s entitled to their own choices as to what they wear and how they lead their lives.

As we approach Rosh Hashanah, let us recall the liturgy of Hayom Harat Olam – “Today is the birthday of the world.”  At this time of year, we pray not only for the Jewish people but for ALL peoples and ALL creations.  We pray for peace and harmony so that we can continue to make this world a dwelling place for the Creator.

Wishing you all a happy sweet and healthy new year!

Batya Friedman is the rabbanit of Beth Israel Synagogue in Edmonton, Alberta.

1 Comment on "Rabbanit Batya Friedman: Today we stand together"