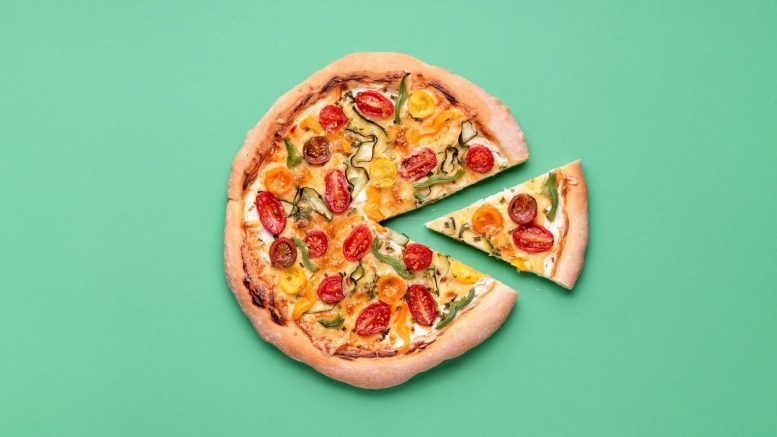 (JTA) — Last year I hosted my biggest Rosh Hashanah dinner ever. My boyfriend and I invited about 15 friends over to our one-bedroom Brooklyn apartment, moved all of our furniture into the bedroom, rented a couple of folding tables and chairs, and turned the living room into a Rosh Hashanah dreamscape complete with thematic streamers, ambient lighting and candles. I whipped up four round challahs, a vat of vegetarian matzah ball soup, my mom’s famous cornflake kugel, some baked chicken and a batch of spiked apple cider.

It was a lot of work, but absolutely worth it: I’m always sad when I can’t be with my family in Chicago during the High Holidays, but being surrounded by friends, some Jewish, some not, to celebrate Rosh Hashanah with food and drink was a warm, wonderful way to ring in the Jewish New Year.

But this year? Nah. I’m going with a pizza.

Of course we won’t be hosting another Rosh Hashanah dinner this year for the very obvious reason of a global pandemic. I know we could still make a special meal for the two of us with all the standard trappings that I grew up eating at my mother’s holiday table, but when I think about the work that would require, and how exhausted I’ve been from merely existing in this current world, I just … kind of … don’t want to. I still want to mark the day as special, and I love the idea of eating symbolic foods on Rosh Hashanah, but I don’t want to spend an entire day cooking, and I certainly don’t want to spend an entire night washing dishes.

Which brings me to pizza, which I will henceforth argue is the perfect — and yes, symbolic — Rosh Hashanah food.

Why should pizza be considered a Rosh Hashanah food? Let’s dive in.

Traditionally on Rosh Hashanah, instead of braiding challah into an oblong loaf, Jews bake their challah into a round shape to represent the circularity of the calendar and the never-ending cycle of life. You know what else is round? Yup, it’s pizza. Pizza might not be traditionally round for symbolic reasons, but it does allow for easy slicing and sharing, and sharing your food with others seems like a nice Jewish thing to do, no? And I’m not gonna lie: When I stare into a beautiful pizza pie, I see the entire universe staring back at me in all of its cheesy, saucy goodness.

Most people assume pizza came from Italy, but the cheesy delicacy actually has quite a complicated and debated history, with some even believing that the ancient Jewish philosopher Maimonides first coined the word. As Henry Abramson wrote in JTA, Yehuda Romano, a 14th-century Hebrew scholar from Italy, “translated Maimonides’ use of the word ‘hararah’ (a type of flatbread) in the Mishneh Torah with four simple Hebrew letters: peh, yud, tzadi and heh, or ‘pizza,’ arguably the very first time the word was ever used in any language.”

In the “History of pizza” page on Wikipedia (a wonderful read if you’ve got the time), it’s noted that “Some commentators have suggested that the origins of modern pizza can be traced to pizzarelle, which were kosher for Passover cookies eaten by Roman Jews after returning from the synagogue on that holiday, though some also trace its origins to other Italian paschal breads. Abba Eban has suggested that modern pizza ‘was first made more than 2,000 years ago when Roman soldiers added cheese and olive oil to matzah.’”

Look, I don’t know if Jews really invented pizza, but the chance that our people have been eating it for thousands of years is reason enough for me to order a fresh pie this Rosh Hashanah.

It goes well with honey.

Honey is a traditional Rosh Hashanah food that represents the sweet New Year. Have you ever put honey on a pizza? What about hot honey? Just do it. Trust me. Moving on.

Is it really a New Year’s celebration if you didn’t order pizza at 1 a.m.? Yes, I’m talking about that other New Year’s Eve, but the logic still applies. Plus, if you go a little too hard on that sweet kosher wine, you’ll be very happy to have a fridge full of cold leftover pizza the next morning.

Its numerical value is pretty meaningful.

OK, I can’t take credit for this one, and it’s a little out there, but bear with me: My colleague Ben Sales pointed out that according to Gematria, the numerological system by which Hebrew letters correspond to numbers, the Hebrew numerical value of “pizza” (פיצה) is 185. This is also the numerical value of the phrase “אני לדודי ודודי לי,” which translates to “I am my beloved’s and my beloved is mine,” which comes from a verse in the Song of Songs. This is kind of a slogan for Elul, the month leading up to the High Holidays. The idea is that this is a time period when we’re growing closer to God and vice versa. So let’s grow a little closer to pizza, too.

If cooking up a storm on Rosh Hashanah makes you happy, then of course, you should go forth and do so. If you can’t imagine the High Holidays without some tzimmes and brisket, by all means, have at it. But if you’re looking for a way out of the norm during this very, very unusual year, I hereby grant you full permission to ditch the kitchen and call up your favorite local pizza place. Let them bring the party to you (and tip well!!). It’s just one of the many Jewish things to do.
The views and opinions expressed in this article are those of the author and do not necessarily reflect the views of JTA or its parent company, 70 Faces Media.