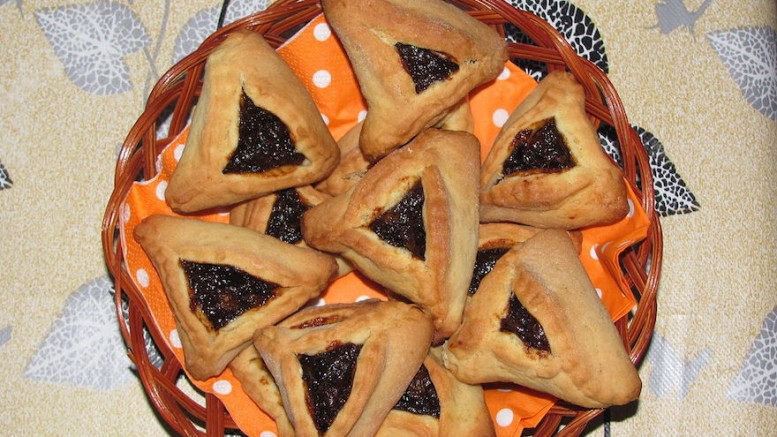 (JTA) — This week’s Purim holiday offers a good opportunity to reflect upon the challenges confronting Judaism in North America — a Diaspora, like ancient Shushan, where Jews enjoy enormous influence and achievement in a multicultural society but where Jewish well-being seems far from secure.

The threat in our time comes not from anti-Semitism like that of the wicked Haman, but from assimilation to a society where every door is open to Jews. The best way to meet that challenge lies in engaging the world rather than walling ourselves off from it; stirring heart, mind and spirit with experiences of welcoming community and transcendent meaning. The mix of joy and profundity Jews experience at Purim offers an excellent example of the way to guarantee the Jewish future in an open, diverse culture. The holiday’s message is a far cry from the positions taken by some defenders (and opponents) of faith in 21st century America, whose rhetoric of doom, exclusivism and intolerance must not be permitted to carry the day.

Consider the messages emanating from the extremes. In one corner we hear a loud chorus claiming that fidelity to Judaism (or to whatever religion they espouse) demands unbending opposition to the finest insights and noblest commitments of the contemporary world. They argue that they and only they have true religion; that faith allows no room for scientific inquiry, holds no respect for contemporary culture, grants no acceptance of women’s equality, environmental concern, LGBTQ dignity, special needs inclusion, racial justice or interfaith conversation. The list goes on and on.

At the other extreme, equally strident voices exult in the death of religion, which they claim is just around the corner, and the consequent irrelevance of Judaism. They seize on examples of religious foolishness or barbarity — never hard to find in the long history of faith — to argue that all religion is destructive.

Both extremes do harm to individuals and society alike. They threaten the credibility of religion, long one of humanity’s major points of access to wisdom, compassion and the universal capacity to be self-surpassing. And they arguably risk particular harm to Judaism. The militant atheists and fundamentalists alike reject the path of faithfulness that Jews have walked for over two millennia and are privileged to walk still. That path is about integration of self and community, about embracing wisdom regardless of its source, about the value of a conversation between skepticism and openness, realism and possibility, the insights of the past and the challenges of now.

Purim falls this year amid a presidential election season that has upended long-held assumptions and shone a spotlight on widespread discontent. This campaign has challenged the durability of the inequities that plague America — a good thing — but unleashed forces of intolerance, vulgarity and hatred that are utterly at odds with Judaism.

Let us all proclaim loud and clear through our actions as well as our speech that religion is not a zero-sum game. No one “winner” possesses a monopoly on truth; that model of faith is abhorrent in today’s world. The world’s wisdom traditions are not mutually exclusive possessors of meaning and truth, but rather are complementary chords: sometimes dissonant, sometimes harmonious, each of them contributing to a symphony that is grander than any of its components.

The Purim story is noteworthy among books of the Bible for not once mentioning G-d explicitly — another way in which it speaks directly to contemporary audiences, many of whom have trouble with traditional theologies. If you do not act to save your people, Mordechai tells Esther, help will come to the Jews from “some other Place.”

Judaism has long talked about the divine in multiple ways, always emphasizing the One who undergirds the cosmos and invites us into partnership. Human beings are called to be co-creators in the ongoing work of establishing a world of ever-increasing justice, wonder and compassion. Our prophets and sages recognized that none of us can claim to fully understand the Holy One. Our tradition’s many names for G-d (including “The Place”) testify that not one of them, not even all of them together, is suffice to describe divinity.

The two of us glory in that plenitude. We are thankful that Judaism has room in it for theological differences and prizes both questioning and quest. Jewish law, or halachah, rightly understood is supple and resilient, weaving new insights or information into a resplendent fabric of sacred deeds across time. Jewish ethics have long confronted issues of the day with confidence that our sacred texts offer guidance to every generation.

We write as proud Conservative/Masorti Jews, part of a worldwide community — about 2 million strong — who find succor, courage and inspiration in the path that we have described. That path, we know from experience, nurtures resilient spirits and caring communities. It elicits high standards of personal ethics and time and again has sparked a burning passion for social justice. In our day it has powered the remarkable rebirth of the State of Israel and challenges Israel to live up to its enormous potential. We thank G-d for this religious tradition that joins a robust call to responsibility and discipline with intellectual curiosity, emotional depth and engagement with the world.

Judaism reminds us daily that G-d summons us to seek wholeness in ourselves and our society. In its name, and particularly in the name of Conservative/Masorti Judaism, we warmly welcome all seekers to join our communities of purpose. Heeding the call of the Purim story, let’s work together, share one with another, attend together to the needs of the poor — and so make our world — far more a place of “feast and gladness.”

Be the first to comment on "Op-Ed: Purim invites all Jews to write their own stories"