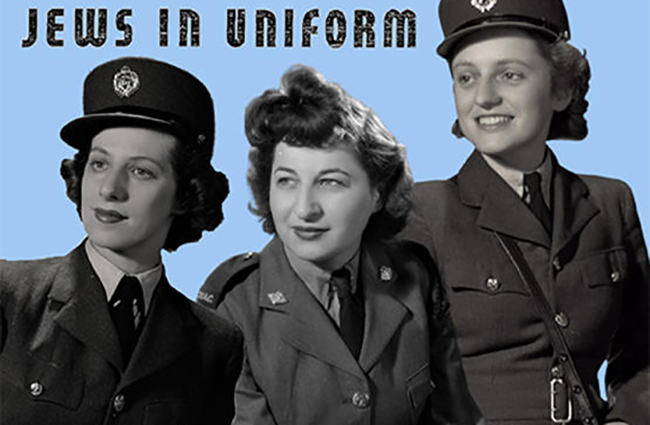 Alysa-Beth Engel, "Jacobs, Spiegel and Bennett Also Served." 2021. Digital Collage. (Part of the "She Also Served" Exhibit at the Military Museums in Calgary from May 1 - May 31, 2022.

During the Second World War 17,000 Jews enlisted in the Canadian Armed Forces, proudly serving their country despite Canada’s “none is too many” Jewish immigration policy. Of these 17,000, over 250 were women. To highlight the contributions of these Jewish servicewomen, and to combat the lack of public awareness of their participation in the Second World War, this online exhibition presents nine original two-dimensional artworks inspired by the stories of these Jewish women.

These artworks will be displayed in print at The Military Museums, Calgary, during Canadian Jewish Heritage Month, May 2022.

The exhibition is curated by Jennifer Eiserman, Associate Professor, Department of Art and Art History and Saundra Lipton, Librarian Emerita, University of Calgary.

For further information on Jewish women in the Canadian military forces of the Second World War consult the She Also Serves website: https://live-ucalgary.ucalgary.ca/she-also-serves.

The exhibition and website have been made possible through funding from the University of Calgary.