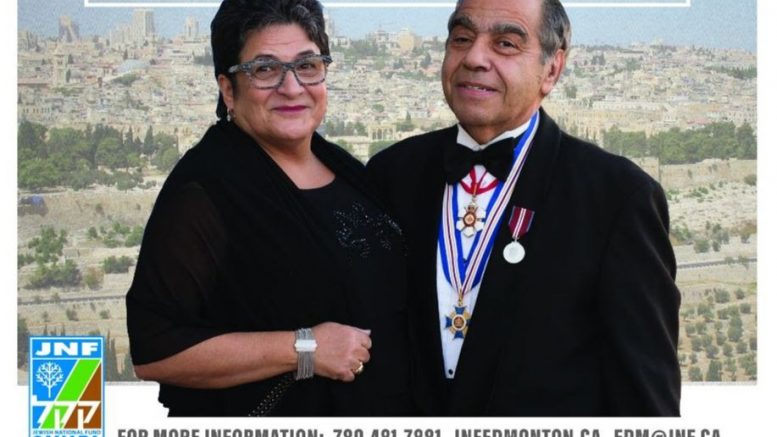 Odette and Jacob Masliyah have been named the 2020 Edmonton JNF Negev Gala honourees. 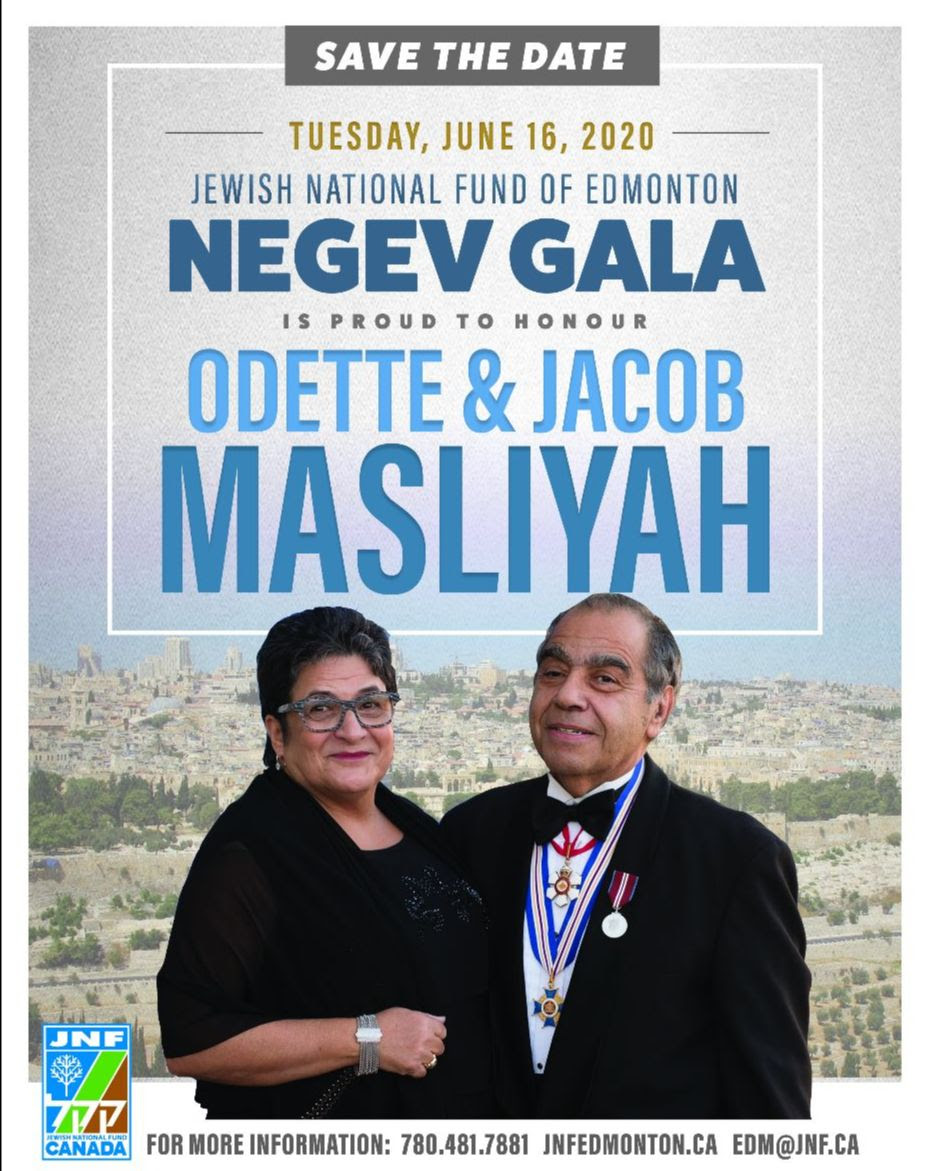 (Edmonton) – The Jewish National Fund of Edmonton has announced that the 2020 Negev  Gala honourees are Odette and Jacob Masliyah.  The Gala will be held on June 16, 2020 in Edmonton.

“We are thrilled to have such deserving honourees as Odette and Jacob Masliyah,” noted JNF Edmonton Executive Director Jay Cairns.

“Their contributions to the Jewish and Greater Edmonton communities, as well as to Israel, have been outstanding. They are true role models and foundational leaders in our community.”

Jacob Heskel Masliyah was born in Baghdad, Iraq, the youngest child of a family of eight. After completing grade twelve in Shamash school, he left Iraq to pursue his undergraduate education at University College London. In 1964, he immigrated to Canada where he obtained his graduate degrees. In 1977, he joined the University of Alberta and, over his 40+ year career, became a legend in the area of bitumen extraction.

Jacob is an Officer of the Order of Canada and a member of the Alberta Order of Excellence. He is a Fellow of the Royal Society of Canada, Fellow of the Canadian Academy of Engineering, and International Member of the US National Academy of Engineering. He holds an honorary degree from the University of Alberta and was awarded the Queen Elizabeth II Diamond Jubilee Medal. Jacob served as a board member of the Talmud Torah and as president of the board. During his mandate, he assisted in establishing junior high studies at Talmud Torah.

Odette Masliyah née Ishayek was born in Baghdad, Iraq. She attended Shamash school learning Arabic, French, English, and Hebrew. As hostilities towards Iraqi Jews heightened, she and her family were smuggled out of Iraq in 1969 via the Iraqi-Iranian mountain range, settled in Israel, and eventually immigrated to Canada.