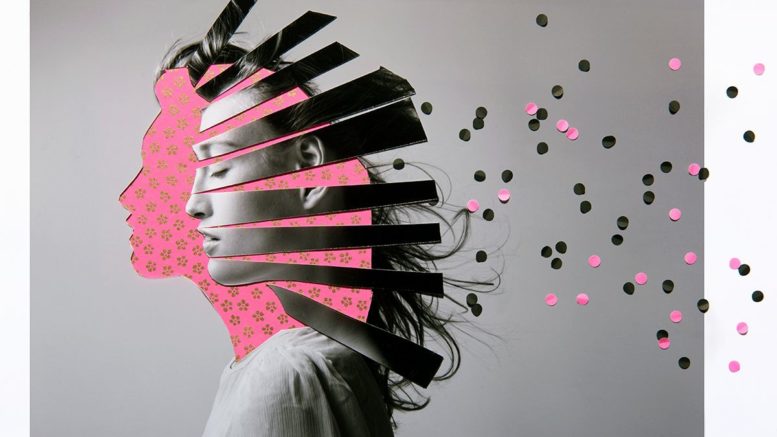 (JTA) — Yom Kippur is arguably one of the most important days in the Jewish calendar. It is the Day of Atonement, a day for reflecting and repenting, where sins of the previous year are acknowledged and restitutions are made. Your repentance sets the tone for the future, and intentions are set for bettering yourself in the year ahead. That the atoning traditionally manifests itself as fasting all day isn’t problematic for some.

For others, like me, who are either in recovery from or still struggling with an eating disorder, the issue is far more complex.

The National Institute of Mental Health estimates that one in five women suffer from eating disorders or disordered eating, a statistic that entirely excludes the men who are often overlooked. Regarding anorexia alone, men make up a quarter of those suffering and, according to the National Eating Disorder Association, are more likely to die due to the cultural denial of male eating disorders. Anxiety-related disorders have been amplified during the pandemic, and those with eating disorders may be reverting to harmful behaviors to gain a sense of control.

My eating disorder began when I was 12 and landed me in the hospital by age 16. At 18, I was firmly in the beginning stages of my recovery, though it’s important to note that recovery is not a linear process with a fixed endpoint but a process with ups and downs. Most everyone who has received treatment for an eating disorder is aware of the therapeutic conversations that surround big holidays. Thanksgiving, Christmas, Easter: These holidays all center around food. That’s not unusual by any stretch; where people gather, they often break bread. What rarely exists in treatment, however, is a conscious awareness around Jewish holidays that center eating differently.

It’s one thing to have your mom looking over your shoulder making sure you fill your plate. It’s another to be religiously obligated to fast for a holy day, when fasting is exactly what you need to avoid.

Before my habits became public to my family and health care professionals, I would fast every year for Yom Kippur. As a child, I’d been difficult, always feeling there was much for which I had to atone. Later, in the thick of my eating disorder, it was an opportunity to restrict for a day without excuses or sleight of hand. Traditionally, you don’t have to fast until you’ve been a bar or bat mitzvah and are seen as an “adult” in the eyes of God. This usually falls around puberty, which is an unfortunate coincidence regarding eating disorder risk periods.

Once my eating disorder became public to my close family, at age 16, the conversation about Yom Kippur became all the more relevant. My overprotective mother immediately and adamantly said “No fasting!” She was right in doing so, and while I knew I shouldn’t — and couldn’t — disagree, I still felt like it was a copout. It’s not like every other girl my age hadn’t struggled with thoughts of frustration and sadness when it came to their body, I told myself, and they weren’t skipping the fast. A few years of unhealthy choices and suddenly I’m exempt for life? It didn’t seem right.

Children, elders and the ill are free from fasting. Those of us with eating disorders in our histories aren’t mutually exclusive to any of those categories. For me, that meant I needed more than a “well, babies don’t fast either” brushoff when I asked why I shouldn’t. Ultimately, Yom Kippur is a holiday about self-reflection and solitude, and I didn’t want to miss out on that. The point, as I’d always assumed, was kind of that you’re made to suffer, and in that suffering lies redemption.

But since then, I’ve come to realize several key things through my years of recovery regarding Yom Kippur, and what it means not to fast:

1. It’s a day for self-reflection, meaning that what everyone else is doing with their bodies in relation to their faith is none of your concern, and your eating habits should likewise be none of theirs (provided said eating habits are not causing you bodily harm).

2. The way to atonement is not through pain, and punishing your body has nothing to do with redemption. My belief is that God wants each of us healthy and kind to ourselves, and when you are engaged in disordered behaviors, you’re not being either.

3. In terms of atonement, Yom Kippur is a day not only for thinking about your actions, but how your actions have affected others. When engaged in your eating disorder, you are thinking of yourself. This is an uncomfortable thought, since so many with this disease are people-pleasers and accommodators, but in practice, it has truth. So think instead of your family, of those who love you and want you healthy and alive, and practice love for them by nurturing your own body.

Yom Kippur, more than being a Day of Atonement, is a day for setting goals and sealing fates for the coming year. If you are suffering or have suffered from an eating disorder, rather than repenting through the act of not eating, repent by giving your body and soul the sustenance they had once been denied. Ask your body’s forgiveness, and more than anything, try to forgive yourself.

Punishment and atonement are not the same; what I had assumed about the role of fasting was incorrect. Yom Kippur is not at all about suffering — it is about apologizing. I used to spend the day, and much of my life, apologizing to others. Now that I am healthy, on the Day of Atonement, I apologize to myself.

If you or someone you know is suffering from an eating disorder, you can call (800) 931-2237 for help, or visit nationaleatingdisorders.org.

This article originally appeared on Alma, a sister site of JTA.

(Sarah Simone (she/her) in 2020 was a student at the University of Colorado Boulder studying English literature, Jewish studies, and peace and conflict studies. She is involved with the restorative justice community in Boulder and is interested in applying restorative techniques wherever possible to build a more just world.)