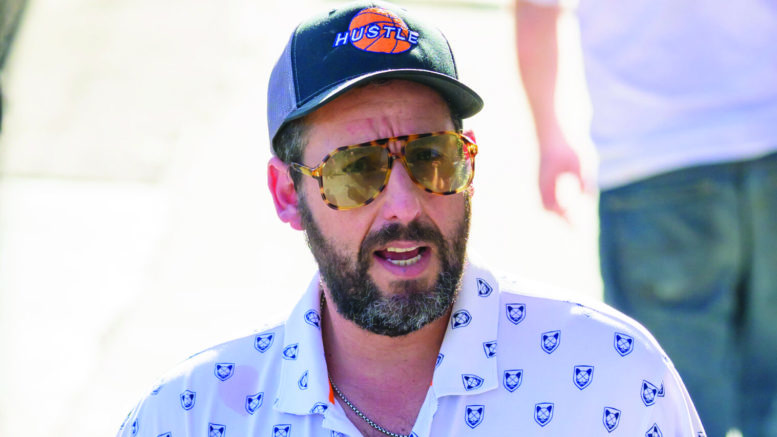 Now it looks like his production company is making a bat mitzvah-themed film.

The casting site Backstage has posted a casting call for an in-the-works adaptation of “You Are So Not Invited to My Bat Mitzvah,” a 2005 young adult novel by Fiona Rosenbloom.

Whether Sandler will have a role in the middle school-set story has not yet been revealed, but his Happy Madison Productions company is behind the film. Sammi Cohen, who has helmed other teen films such as “Crush,” “Hollywood Darlings” and “Mr. Student Body President,” is directing. At least part of the filming will take place between June 20 and August 12 in Toronto, according to the casting call.

In the novel, teenager Stacy Friedman is determined to host the best bat mitzvah ever, in the face of middle school drama and competing love interests.

The Backstage post features a specific call for the role of Dante, a 12-14-year-old “foreign exchange student from Italy with a slight Italian accent” who is not Jewish but “is earnestly interested in the Jewish faith and helping out in the community.”

The movie will likely end up on Netflix; Sandler signed a deal in the beginning of 2020 to make four more films with the streaming giant. Since then, the production company has released two: “Hubie Halloween” and the upcoming “Hustle.”

Sandler threw his daughter Sunny a bat mitzvah with the likes of Jennifer Aniston, Charlie Puth and Sandler’s good friend David Spade in Los Angeles last month. Two years ago, he held an equally celebrity-filled bash for his eldest daughter Sadie, which included a performance by Adam Levine.

Be the first to comment on "Next up for Adam Sandler’s production company: A YA bat mitzvah novel adaptation"