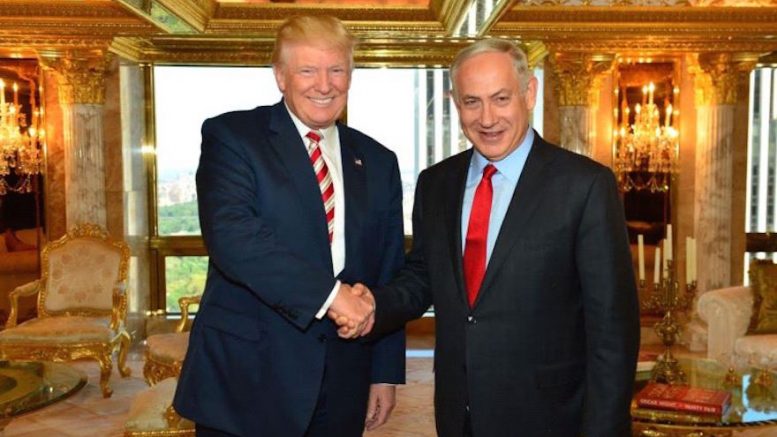 “I look forward to working with him to advance security, stability and peace in our region,” Netanyahu said in his statement in which he declared, “The ironclad bond between the United States and Israel is rooted in shared values, buttressed by shared interests and driven by a shared destiny.

“I am confident that President-elect Trump and I will continue to strengthen the unique alliance between our two countries and bring it to ever greater heights.”

Opposition leader Isaac Herzog, head of the opposition Zionist Union camp, offered his congratulations in a post on Facebook.

“American democracy today elected a leader who surprised the pundits, and showed that we are in an era of change and new direction. You did the unexpected, against all odds,” Herzog wrote.

“I am convinced that the security and economic alliance between Israel, and our strongest ally the United States, will continue to strengthen under your presidency.”

Zionist Union lawmaker Tzipi Livni sent Trump her congratulations on Twitter, but indirectly criticized him for his rhetoric during the campaign.

“I hope for the US and the world that he actualizes the promises of his acceptance speech, not the campaign,” she wrote.