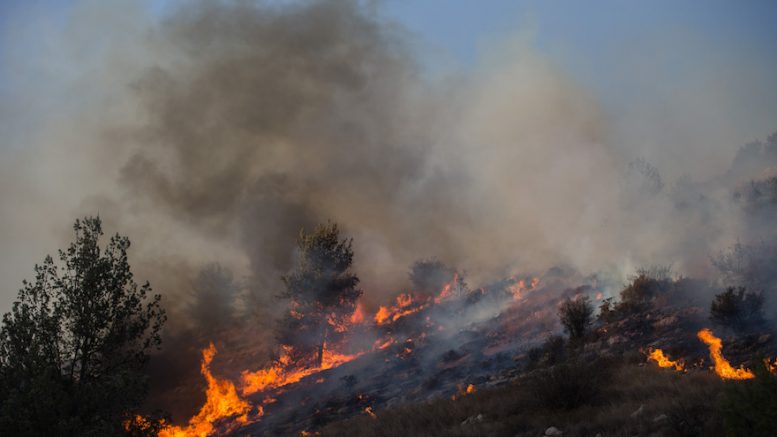 Fire fighters try to extinguish a forest fire which broke out in the forest near the Nataf nature reserve, outside of Jerusalem on November 23, 2016. Photo by Yonatan Sindel/Flash90

JERUSALEM (JTA) — Israeli Prime Minister Benjamin Netanyahu said that fires burning throughout Israel that are the result of arson are “terror in every way.”

“Every fire that was the result of arson or incitement to arson is terror in every way and we’ll treat it as such. Anyone who tries to burn parts of the State of Israel will be severely punished,” Netanyahu said during a news conference in Haifa on November 24.

Israel’s Public Security Minister Gilad Erdan confirmed that some arrests have been made, and that police are tracking down other leads.

“Every single fire will be examined to see whether it was arson, and we bring the full force of the law against those behind it,” Erdan said at the news conference Thursday evening.

Police chief Roni Alsheich earlier had confirmed that some of the fires were arson.

More than 60,000 people have been evacuated from homes and businesses in Haifa as fires blazed across the dry and windy country for the third day. Two prisons near Haifa also were evacuated. In communities across Israel fires have led to evacuations and have destroyed and damaged some homes.

Fires near Jerusalem closed Route 443, a main highway between Jerusalem and Tel Aviv, for part of the day. Fires also broke out in eastern Jerusalem and the West Bank, and burned in central Israel.  On Tuesday and Wednesday, fires led to the evacuation of thousands from Zichron Yaakov, located at the southern tip of the Carmel Forest in northern Israel, destroying several homes.

Arab lawmakers accused Israeli officials of inciting against the Arab community  in asserting that some of the fires were deliberately set.

“It is a disgrace, Umm al-Fahm is also harmed,” said joint Arab List party head Ayman Odeh, referring to a northern Israeli Arab town “This is a thing that hurts us all; this is not about Arabs versus Jews. Whoever did this is the enemy of us all.”

Netanyahu said that Israel is considering hiring an American supertanker to help defeat the fires.

Cyprus,  Britain, Greece, Turkey, Croatia, Russia, and Italy have all sent fire-fighting aircraft, and Romania and Bulgaria reportedly have sent other assistance. 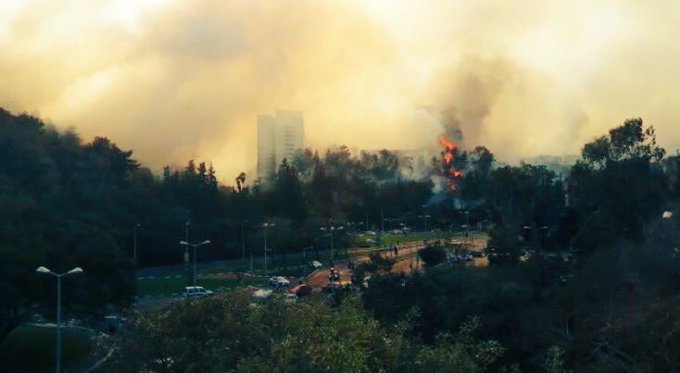 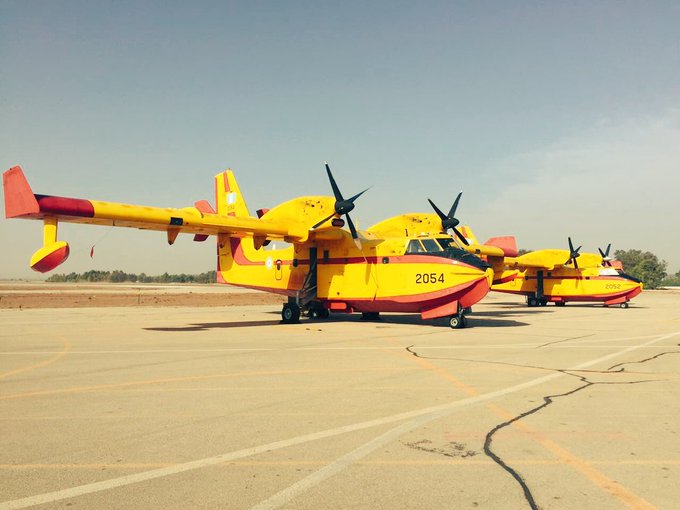