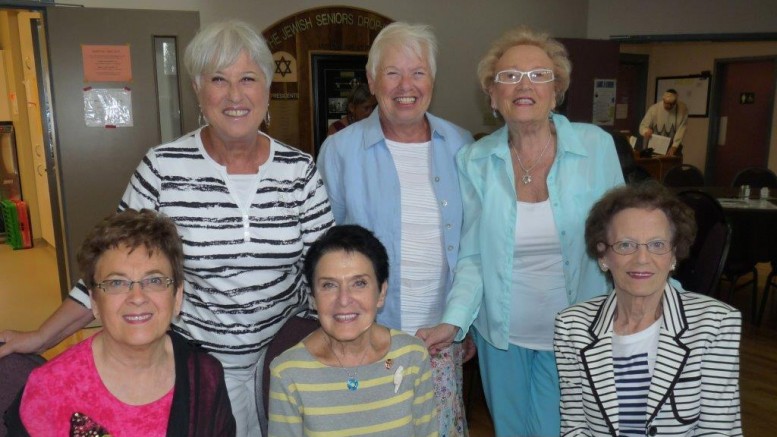 (Edmonton) – Commemorating the 90th Anniversary of Na’amat Canada (formerly Pioneer Women), the second of our founding members’ interviews were held with members of the Aviva Chapter.  (Click here for Part 1.) The Aviva Chapter was formed to provide young married Jewish women an opportunity to both make friends and work for Israel. 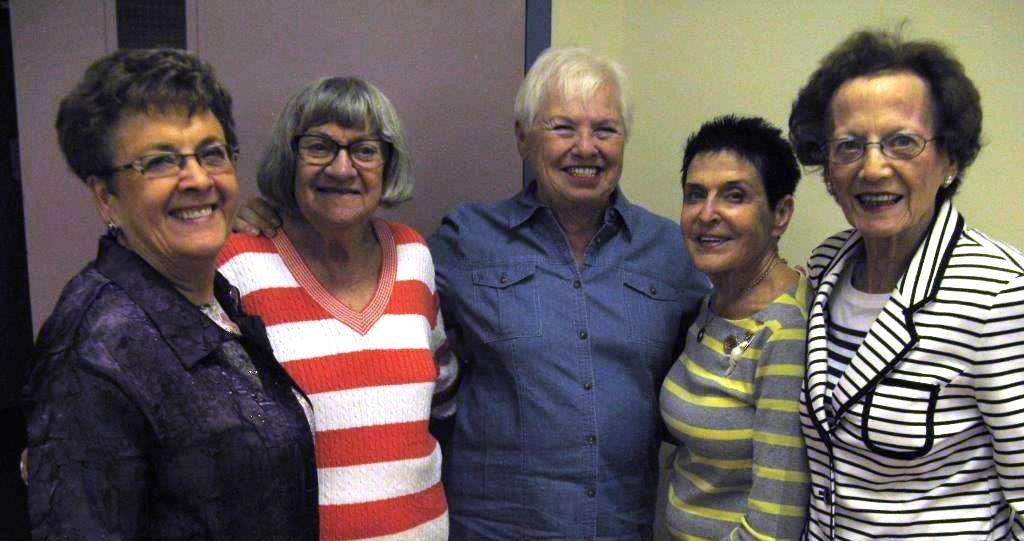 Bev Sonmor joined the Chapter in 1958.  She had roots in Na’amat as her mother had been a Pioneer Woman in Detroit’s Club One, which was actually formed by Golda Meir.  It was only fitting that she agreed to join in Edmonton being fully aware of the work Pioneer Women did in Israel.

Bev recalls that in those days the monthly meetings were mostly social.  Being a particularly shy young woman, she was happy to do whatever she was asked, especially hosting and cooking.  All the women took turns hosting in their homes.   Bev found herself becoming more self-confident within the group and in general which she attributes to the warmth of the group.  She moved to Calgary in 1969 but stayed a member all the years until she returned to Edmonton in 2012, returning to her group of “sisters”.

Beryl Nahornick is Bev Sonmor’s twin!  She joined the Aviva Chapter about the same time as Bev, recalling her first meeting was at Thelma Rohlinger’s home, and another at the home of Freda Klimove.  Back then Faye Goorevitch, Beryl’s sister-in-law, was President of the Kanot Chapter and she encouraged Beryl to go to the Meetings.  The first years the group just got together happy enough to be away from the day to day “housewifely” duties once a month.  Mrs.Rohlinger taught them what Pioneer Women did in Israel and for the first couple of years she came to all the meetings as an advisor.

Beryl explained that in those days many young women were moving out of Edmonton because their husbands had found better jobs elsewhere so it took a long time to build the Chapter for a large enough membership to get their Charter.  Beryl recalls helping her mother with “Tag Day”, when everyone in the Chapter took a list from the community and literally went door to door asking for donations for Pioneer Women for “Child Rescue”.  Once established, the Aviva Chapter held an Annual Dinner Dance in February at the old Beth Israel synagogue.  The dinner was a large fundraiser, well supported by the community.

Beryl fondly remembers the card games among the members in their homes which also raised money, and spouses were always happy to come to the social events.  In 1975 Edmonton hosted the Western Conference, and the Aviva members participated in a Gilbert & Sullivan skit which was enjoyed by both the performers and the audience.  They also did a lot of bake sales to raise money for daycare centres and technical schools. The sales were held at Westmount Shopping Centre and the shoppers bought everything so fast that some years the booth closed early.

Over the years Beryl held the roles of President, Vice President, Treasurer, and chaired various fundraising events.  She also says she was extremely shy and Na’amat gave her the confidence to speak in public and take on responsibilities outside her comfort zone.

She happily recalled one of the best programs when she and Lynne Milner each drove Aviva members out to Stony Plain for the day.  They went to the Japanese Gardens and had lunch at the museum there.  It was lots of fun!

Sandra Miller has been a member for over fifty years, joining from the very beginning.  She joined to meet young women encouraged by her mother who had been a member of an older chapter.  She explained that the Aviva Chapter was formed to encourage a younger generation of Pioneer Women.  She always looked forward to the meetings and the stimulation of the conversation.  Sometimes they didn’t get home till midnight because they were having so much fun enjoying each other’s company.

They did bake sales early on in the formation of their group.  There weren’t that many of them, so they stayed within their limits of capability.  Sandra confirmed that the members’ spouses also enjoyed the social aspects and were always happy to get together.  It was always so much fun, never boring.

Sandra stressed how Na’amat women were always so warm and welcoming.  There was a comfort level with her group, each feeling the kindred spirit.  They were all young mothers sharing their experiences.  As their families grew, they gave showers for each other.

Sandra has also taken every responsibility within the Chapter….except Secretary, and to this day looks forward to the meetings each month.  The Chapter has cemented her relationships with a wide circle of friends over the years.

Bernice Milner, founding member, fondly recalls hosting many meetings over the years.  She loved having the group over to her house.  Initially she was invited to come to a meeting by Sandra Miller.

Bernice was Secretary for a long time.  She was a working mother in those days, and used to type up the Minutes at work, where she had a  typewriter!  Everyone enjoyed Bernice’s Minutes.

She took her turn as President and loved all the meetings.  It meant getting out of the house once a month to be with a group of friendly young women.  She recalls Lil Pakes taught the women traditional Jewish baking which helped a lot in their own kitchens at home.

Bernice still enjoys being a member, even after all these years.

Lynne Milner moved from Vancouver to Edmonton in May 1963, as a complete newcomer.  Her mother-in-law, Nassa Milner, was a life member of every Jewish women’s organization in Edmonton and she encouraged Lynne to join Pioneer Women as she thought Lynne would enjoy this particular group of women.   Her first meeting was at Sandra Miller’s house in Parkview in the Fall of 1963.

Lynne recalls she always enjoyed getting together with “the girls”.  Being a busy working mother she felt this was her “sanity break”.  She has a warm feeling for the group, has learned many skills by being a member including public speaking, writing reports and general organization, adding that people don’t know what they can do until they are put in the position of having to do it.

The Israel Dinner Dances (fundraisers) hosted by the senior Chapter were too expensive for this Chapter’s  members on the whole to attend in those days, so in order to participate Aviva members made the decorations and gave a small donation.  They weren’t able to go.  Lynne drove for Tag Day and finished up getting far more donations than expected.  One special program that was highly successful was a membership program called a “Cook Off” with categories and prizes.  Participants judged the winning dishes, and prizes were awarded to the winners and all the entries were eaten by the membership!

The long-gone Esther Kramer Chapter initiated the Mother’s Day Tea, with Aviva members serving.  Aviva took over this project in the mid-90s, and held a Mother’s Day event for over twenty years.

When Pioneer Women Canada became independent from the U.S. Lynne went to a Founding Convention in Montreal.  She recalls being absolutely terrified when she had to make a presentation on one of Edmonton’s programs.  Afterwards everyone told her she had done very well much to her surprise.

Lynne confirmed it was always fun to get together, always stress-less, always friendly, and it didn’t matter at all what your status in life was.  She, too, has held just about every position over the years.

What was so special to Lynne then and now is the work Pioneer Women did in Israel which she witnessed when going into the Old City, seeing a one-room facility which was a toddlers’ kindergarten, totally unimpressive as a location and really impressive as a necessity.

These five women are the backbone, the founders of the energetic Aviva Chapter.  Each of them has attended National Membership, Leadership, Convention, and has assumed Council Presidency over the years.

These are the women of Na’amat, the friendly, warm and welcoming group, each of them leaders for over 50 years and happier for it.

Sylvia Alpern is Co-ordinator of Na’amat Canada in Edmonton. She apologizes for any errors or omissions in this article. Any corrections could be sent to ejnews@telus.net and they would be forwarded to her.

Be the first to comment on "Part 2 – Na’amat Canada celebrates 90: The years fly by in Aviva Chapter, Edmonton"