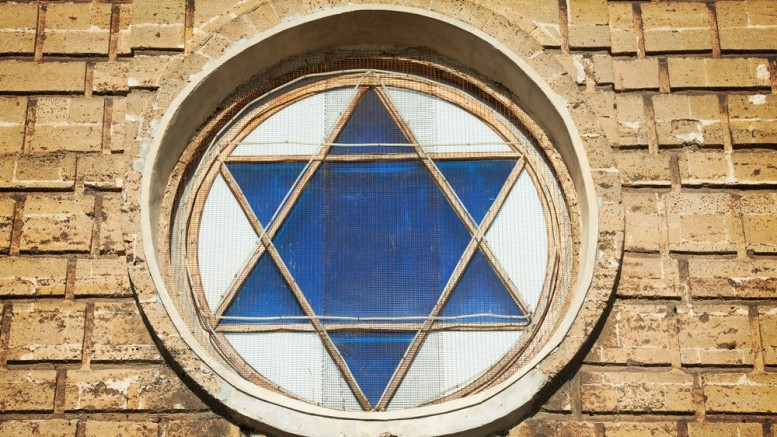 (Kveller via JTA) — The season of soul-searching is nearly upon us, and my 7-year-old son and I have started having serious conversations about religion. As the nativity scenes appear on lawns and Santa starts to pop up in every store window, he’s full of big questions:

“If Jesus was Jewish, then why aren’t we Christians?”

“Who’s trying to take the Christ out of Christmas? Then it would just be “mas” and that’s not even a word.” (Who taught this kid to read, anyway?)

“How come you picked Jewish, Mom?”

And my favorite: “Will I be Jewish when I grow up?”

There is, of course, an easy answer to that question: Yes, you’ll be Jewish. You’ll always be Jewish. Your mother is Jewish, therefore you’re Jewish, end of story … goodnight. Many nights, as he stalls against the inevitable reality of bedtime, I find myself wishing that I could feel good about easy answers.

But as a liberal Jew, I’m not big on easy, black-and-white answers. I like the complications, the uncertainty, the gray — it’s what got me here in the first place, frankly. If I’d been happy with easy answers, I never would have questioned the Christianity I grew up with and I would have never converted to Judaism — it would have been easier to remain in the majority, after all.

The thing that I struggle with as I sit on the edge of the bed is that he and his sister really might not choose to be Jewish when they grow up. They might choose something entirely different or  reject religion altogether. They will have all of those options open to them in this modern spiritual marketplace.

As a Jew, I’m not asked to believe that those choices would lead them into some kind of eternal damnation; I can have a live-and-let-live attitude. Being a mensch matters more to me than belonging to any ‘ism’. After all, I would never want my kids to feel that their religious choices would imperil our relationship.

But I also can’t be entirely relaxed about the issue. We work hard to give our kids a Jewish upbringing: camp, Hebrew school, synagogue, Jewish books — I’m sure the list will only get longer and more expensive as they age. I believe in Judaism and I chose it for a long list of reasons. I’d hate to see my kids move away from a faith that I chose so deliberately and that they are so enthusiastic about right now.

But that’s parenting for you. From the first second of baby-on-your chest, thank God it’s over, isn’t this amazing euphoria, it’s a long process of letting go. Ultimately it will be their job to decide what holidays to celebrate and what God, if any, to worship, and it’ll be my job to keep loving them, no matter what.

(Emily Caruso Parnell lives in Northern Ontario, Canada, where she is a full-time arts educator, a part-time ballet teacher and a volunteer synagogue president.)

Be the first to comment on "My Kids Keep Asking Why We’re Jewish. This Is How I Respond"