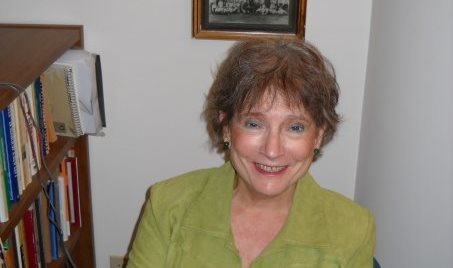 (AJNews) – I snatched up the November issue of Edmonton Jewish News when I saw, above the fold, the bold headline, “YEG monument glorifies Nazi Collaborator” and feared the worst: this would be about Ukrainians.

It was, and my heart sank. The reporter, Daniel Moser, had stumbled on the story (carried by a podcast of Progress Alberta’s Progress Report) of the monument that stands in the grounds of Edmonton’s Ukrainian Youth Unity Complex – dedicated to the memory of Roman Shukhevych.

Daniel Moser asks: “Why is there a statue memorializing a Nazi collaborator, who participated in genocide, in our city?”

From 1923 Shukhevych’s entire military career was dedicated to the national liberation of Ukraine, whether by political assassination in Poland (1926) or by commando operations when attached to an elite Nazi German special forces unit (1941) or by pogroms against Jews and the mass murder of Polish civilians by the UPA (1943-1945) in western Ukraine. He was supreme commander of the Ukrainian Insurgent Army [UPA] from 1943 until his death in a firefight with Soviet State Security agents in 1950.

While the facts of these matters are uncontested by disinterested current scholarship, their meaning is contested. As Moser reported, some Ukrainian-Canadians honour Roman Shukhevych as a warrior and martyr for the sacred cause of liberating Ukraine from her oppressors. For others, he is a dishonourable collaborator with Nazi Germany and its fascist ideology and a perpetrator of war crimes. As the Toronto writer Erna Paris recently wrote (about how the Holocaust is remembered by today’s Jewish communities): “Contested historical narratives provoke impassioned debate.”

I have tried to stay out of this one.

In neither of these impassioned “debates” have I felt implicated. I have oriented myself as a writer unerringly to the politics of my North American generation.

And then I went to Ukraine. Several times. And hereby hangs a tale of two monuments.

In 1984 I visited my maternal grandparents’ village in western Ukraine, Dzhuriv. My relatives walked me to a small cenotaph dedicated to the memory of their war dead. A triumphant red star is inscribed on its marble base, and the words, “To Our Countrymen Who Perished on the Fronts of the Great Patriotic War and at the Hands of the Ukrainian Bourgeois Nationalists, with Gratitude from the Workers of the Village of Dzhuriv.” I read two columns of engraved names. In one, those who fought on the fronts; in the other, those who “perished at the hands of Ukrainian bourgeois nationalists,” and I read the name of Kosovan, Yuri P. my Baba’s baby brother. A Soviet hero.

In 2013 I visit my paternal grandparents’ village, Tulova. In 1990, on the eve of Ukrainian independence from the Soviet Union, a group of Tulova’s youth began a cultural circle, “For Freedom,” and proceeded to renew village monuments that had been “ruined by the totalitarian system of the Communist Party.” Also in the works, a monument “to the Heroes of Ukraine from Tulova Village, especially the six active participants in the Ukrainian National Organization-Ukrainian Insurgent Army, who gave their young lives for the freedom and independence of Ukraine. Eternal Be Their Memory.”

Good as done. In 2013 I view them all, plaques, crosses, wreaths, national symbols and inscribed tablets, and I make note of all the Kostash boys who had joined the UPA and were dead by 1951.

The families in Canada had no idea. Neither of these “heroisms,” Soviet and nationalist, were part of our collective memory. Our forebears had arrived in 1900;  we were busily becoming multi-cultural in a western democracy.

But on that same trip around Galicia in 2013 I became aware that these gaps in collective memory were part of a larger “absence,” that of westerners’ woeful ignorance of realities of World War II east of Berlin. Jews and Ukrainians are “disappeared” in this ignorance. Writing in Forward magazine online, Jewish scholar Izabella Tabarovsky refers to the “other Holocaust,” that consumed 1.6 million Jewish lives in Nazi-occupied Ukraine. As with this “holocaust by bullet,” not in the gas chambers of Auschwitz, no less than 800,000 Jews perished in the territory of modern-day Belarus.  Scholars estimate the number of the victims in Lithuania to be 165,000 to 254,000. In each case, there was active collaboration in their destruction by the local Ukrainian, Belarusian and Lithuanian populations.

All Ukrainians suffered at least 40% of the total war-time losses of the USSR – unsurprisingly, given that the whole of Ukraine (and temporarily a portion of western Russia) was swallowed by the Nazi occupiers. And this also explains, where explanation is required, why the majority of Jews killed under occupation died on Ukrainian soil. While Jews were gassed in wagons and cut down by bullets at the edge of pits dug outside all towns, 2.4 million ethnic Ukrainians were shipped as slave labour to Germany.

Growing up in Canada, what did I know? I read The Diary of Anne Frank and saw the movie when I was in junior high school, haunted and aggrieved for years by a single extinction. It wasn’t until I was in university and read the script of Ballad of a Soldier in Russian literature class that I became aware of the “other Second World war.”

But when I travelled in Ukraine in 2013 I knew much, much more about both catastrophes. I saw that western Ukrainians are now free to mourn and memorialize their demonized dead on their own terms – erecting grandiose statues of the UPA fallen and flying their flag in an exercise of the return of suppressed memory. But I grew increasingly agitated by the absence of any public remembrance of the catastrophic loss of Ukrainian Jews. It is still within living memory that their homes and synagogues and market places were an integral part of Ukrainian space, but they were not marked. Neither are the pits in which they are buried en masse. It was only when I asked, that my relatives in Zabolotiv took me to see the remnants of a Jewish cemetery behind the town stadium.

Erna Paris wrote of Holocaust survivors, “some of whom have preferred the commemoration of their unprecedented life tragedy over professional history,” an observation I make of Ukrainian-Canadians who “prefer” the lionization of “the glory of fallen fighters” over professional history of their ferocious exploits. Or, as Ukrainian president Volodymyr Zelensky put it in a recent  interview with The Times of Israel, “of course in Ukraine, like everywhere in the world, now and in the past, there is some per cent of people who don’t see anyone except their [own] nation.”

But we in Canada should know better. We have the opportunity, within our democratic institutions, locally, ethnically and nationally, to prefer what Dominique Arel, Professor and holder of the Chair of Ukrainian Studies at the University of Ottawa, calls “democratic political memory.”

Myrna Kostash is an award winning author who was born and raised in Edmonton.

Be the first to comment on "Monuments: We in Canada should know better"