May 11, 2015—Ottawa— Canada will join the international community in developing a global plan to combat anti-Semitism and other forms of racial and ethnic hatred. 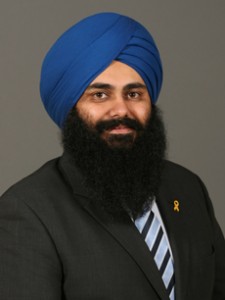 Hon. Tim Uppal, Minister of State for Multiculturalism, is en route to Jerusalem today to participate in the 5th Global Forum for Combating Antisemitism. This event will bring together public figures, political leaders, heads of civil society, clergy, journalists, diplomats, educators and concerned citizens to assess the state of anti-Semitism globally. The Forum will result in an important exchange of knowledge and will contribute to a global work plan for combating anti-Semitism.

This year, the Forum will focus on two main subjects: Confronting Antisemitism and Hate Speech on Social Media, and the Rise of Antisemitism in Europe’s Cities Today.

Minister Uppal’s participation demonstrates Canada’s ongoing commitment to fighting anti-Semitism and hatred in all its forms. Canada remains a world leader in promoting Holocaust remembrance, research and education, in order to ensure that such atrocities never happen again.

“Our Government is deeply concerned about the alarming increase of anti-Semitism worldwide,” said Minister Uppal. “I am pleased to participate in the Global Forum for Combating anti-Semitism on behalf of the Government of Canada, joined by a large and distinguished group of Canadians. Anti-Semitism is the most ancient, durable and pernicious form of hatred and combating it is the responsibility of all freedom-loving society.”