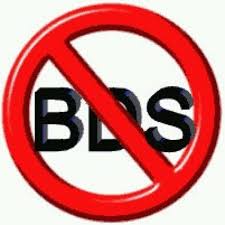 “The BDS movement, which among other things calls for universities to cut ties with Israeli universities, flies in the face of the tolerance and respect we cherish as values fundamental to a university,” McGill’s principal and vice chancellor, Suzanne Fortier, said in a statement. “It proposed actions that are contrary to the principles of academic freedom, equity, inclusiveness, and the exchange of views and ideas in responsible open discourse.”

Fortier said McGill, which has maintained silence on the issue, could not react to the BDS issue until the online vote deadline passed “out of respect for the student governance process.”

Pro-BDS forces at McGill have tried and failed three times over the past 18 months to pass a BDS motion.

After the student government passed the motion last week, some pro-Israel students said they encountered open hostility and even anti-Semitism on social media, while some previous donors to McGill vowed to stop giving.

On the same day the motion was passed by the student government, the Canadian Parliament passed a measure formally condemning BDS by a vote of 229-51. It calls on the Canadian government to “condemn any and all attempts by Canadian organizations, groups or individuals to promote the BDS movement, both here at home, and abroad.”

Over the past few years, several Canadian universities have passed pro-BDS motions.