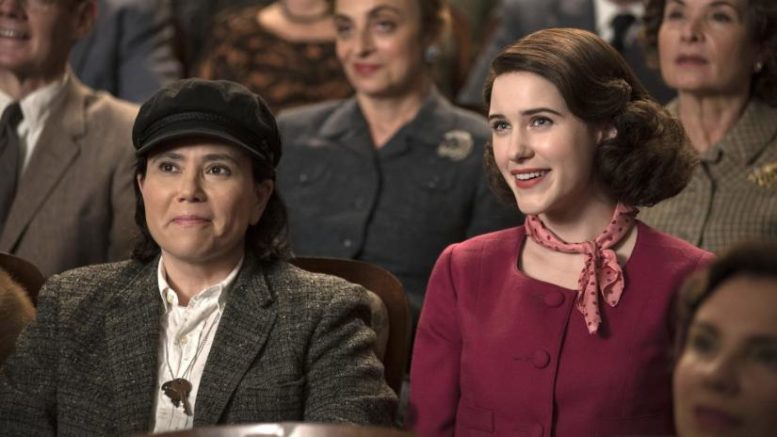 (JTA) — The third season of “The Marvelous Mrs. Maisel” finally has an official trailer, and fans are kvelling.

In the trailer released Monday, the show’s lead characters — a Jewish 1950s housewife-turned-comedian and her pugnacious manager — hit the road to tour with a famous singer. For more fun Jewish facts revealed in the trailer, see this guide on our sister site, Kveller.

“This is Us” star Sterling K. Brown, an Emmy Award winner, joins the cast this season. He’ll team with Rachel Brosnahan, who has picked up an Emmy and Golden Globe in her role as the title character, and Tony Shalhoub, a Golden Globe and Tony Award winner.

The series is up for 20 Emmys this year.

Be the first to comment on "‘Marvelous Mrs. Maisel’ season 3 gets trailer"